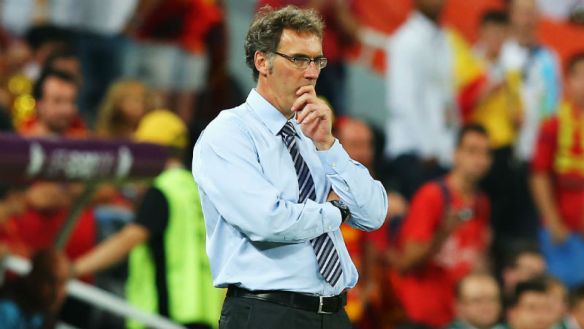 The second half of last season was defined to a certain degree by a series of well-publicised open secrets that quickly unravelled to become common knowledge. Jose Mourinho would be leaving Real Madrid and his position would be taken by PSG manager Carlo Ancelotti. Roberto Mancini was to be shown the door at Manchester City and replaced by Manuel Pellegrini. A managerial merry-go-round of sorts was about to be set in motion.

With Ancelotti departing to Real Madrid, PSG began a rather desperate hunt for a new manager. Their alleged shortlist for the Italian’s successor read as follows: Jose Mourinho, Rafael Benitez, Manuel Pellegrini, Roberto Mancini, Guus Hiddink, Michael Laudrup , Andre Villas-Boas, Fabio Capello, Frank Rijkaard. This is the crème de la crème of European management that can count four Champions Leagues and over 30 league titles amongst its silverware. Yet none of these nine wanted the role. Is this perhaps evidence of PSG’s current status amongst footballing hierarchy?

Instead, PSG have been forced to settle on the appointment of former Bordeaux and France manager Laurent Blanc. Blanc’s time at Bordeaux was undoubtedly impressive; he led Les Girondins to a league and cup double in his second season, ending the stranglehold  which Lyon had had on the title for seven consecutive seasons. However, his work with the French National Team was less spectacular. Blanc failed to dispel the negativity that hung over the French camp following their disastrous exit from the 2010 World Cup in South Africa under Raymond Domenech. Though eventually cleared of any wrong-doing, the part he played in the damning race-quota scandal now overshadows his time in charge of the national team, and it was the last thing Les Bleus needed during their preparations for Euro 2012

It is telling that Blanc also held talks with AS Roma and Real Sociedad this summer before relocating to Paris. There is a sense that he is still a Europa League calibre manager, rather than someone capable of leading a dominant Champions League level club to prestige, Sociedad’s qualification last season notwithstanding. As Ancelotti’s successor at Parc des Princes he is a step down from the Madrid-bound Italian, an appointment that was a real coup for the club he led to the French championship and a memorable European quarter-final battle with Barcelona. Having indicated before the end of last season that he wished to leave Paris, PSG aimed high in their efforts to cover his eventual departure, setting out to lure Mourinho or Hiddink and yet they have ended up with Blanc. It’s a bit like rummaging your hands through a tub of Celebrations and coming out with the Topic. 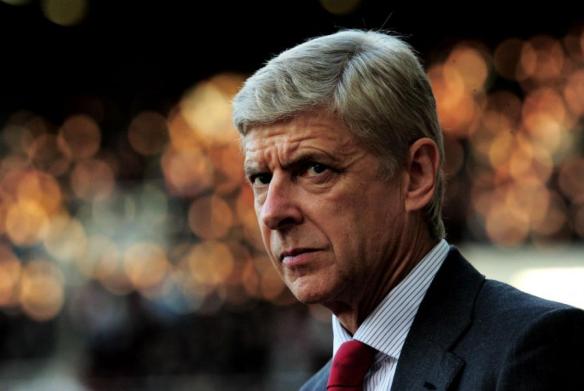 Putting aside the chocolates, Blanc may already be on borrowed time. After all there exists  a rather spindly and wisened elephant in the room: Arsène Wenger. PSG have been courting the Arsenal manager for several years now and their President, Nasser al-Khelaifi, is a long-term admirer. Wenger (“a fantastic guy, a great manager”) is a pundit on Al-Jazeera Sports, of which al-Khelaifi is the current director. While Blanc has signed a two-year contract, the second year is optional. With Wenger’s Arsenal contract set to expire in 2014 it is impossible to escape the notion that Blanc is anything more than a stop-gap.

One of the intriguing developments so far this summer has been the re-emergence of AS Monaco, pumped with the riches of Russian oligarch Dmitry Rybolovlev. Radamel Falcao, James Rodriguez, Joao Moutinho and Ricardo Carvalho have all signed for the newly-promoted side and their spending does not like as if it will stop there. Despite a plethora of different champions in recent times (six different clubs in as many years), Ligue 1 now looks set to have a duopoly of its own. Blanc will have to hit the ground running, maintaining the success generated under Ancelotti in order to ensure that Monaco are not able to steal the waves of momentum and optimism currently being drawn to the French capitol.

Surely Blanc knows that he was not at the top of PSG’s list. Rather than focussing completely on the job at hand, the new manager will likely be distracted by events at the Emirates. Yet Wenger has unfinished business at Arsenal, not least a shot at another trophy and overseeing the development of his young British charges. The three time Premier League winner has also long been reluctant to speak about PSG and there is nothing concrete to suggest that he would accept the job. Perhaps if Blanc is to cast any side-ways glances at potential threats to his position, it should be to the East with Hiddink becoming frustrated with his unusual Dagestan assignment with Anzhi Makhachkala.

One thing is certain about next season: Blanc definitely will have his work cut out to keep his job.

One thought on “Paris Saint-Germain: Wenger the wanted man as PSG draw Blancs”