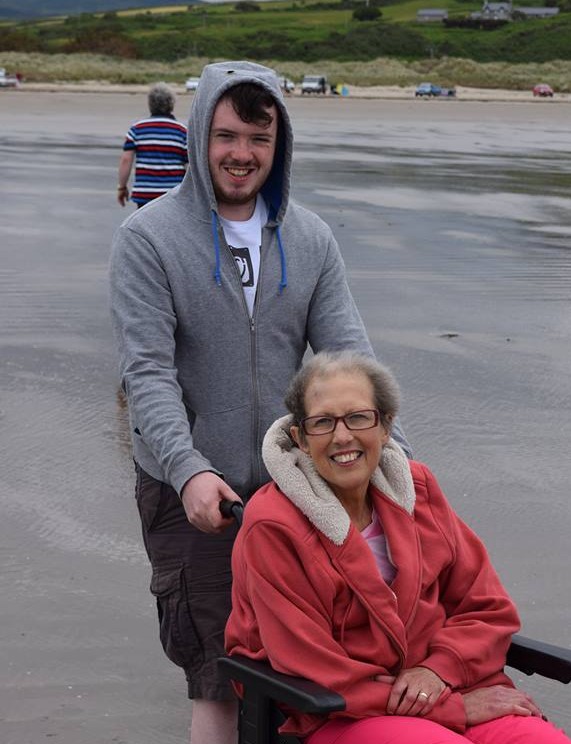 We were prepared for it. Some people are never fortunate enough to know the end is coming. Luck is hardly the right word in this scenario, but we were lucky to have the final few weeks to prepare for it, at home, the family all together.

Thanks to the extraordinary NHS we had an extra year. I will never be able to thank them enough for that. Diagnosed with breast cancer in 2009, my mum had fought it off after a brutal and punishing round of radiotherapy and chemotherapy.

Four years later it came back, far more developed and in the bones. A bad fall at home prompted a visit to the doctor’s, that then returned a diagnosis from our worst nightmares. Treatable, not curable. I had to face up to the horrible sensation that my mum would not go on to a ripe old age.

After years of telling us ‘shoot me when I get like that’ while caring for elderly relatives, we would never get the chance. The months that followed were trying and testing as the ravaging effects of fighting the cancer took hold again. She struggled to eat as the treatment kicked in and lost a lot of weight.

In May 2013 we should have lost her. She wasn’t strong enough to take the chemo anymore, and forced to return to hospital where she would remain for over a month after contracting C. difficile. Fluid was building in her lungs and not draining.

We were facing, as the doctor said, ‘a heavy defeat’. But we rallied, we never gave in. We stayed with her, overnight vigils at her bedside, forcing her to eat and drink. Somehow, the miracle happened.

She returned home, and was thankfully never subjected to another lengthy stay in hospital again. I will always be inspired by the courage with which she fought her illness, the odds she defied for so long and the dignity she held onto until the very end.

I moved away to begin my career in journalism that September, knowing full well I would never properly return. There was a feeling of guilt and subconsciously, even if I never admitted it to myself, a fear that I would miss spending the last few years, or months, with her.

From afar it seemed the cancer was being held at bay. We had dinner together in the restaurant of an expensive London hotel at the end of March, and all seemed well. Life felt good.

My nana, her mum, passed away suddenly in May. It was an emotional funeral, and a glaring realisation that the next one could very well be my mum’s. A few weeks later the news hit.

The chain of events are quite blurry, I remember receiving countless phone calls from home but being unable, or unwilling, to process the message. It was only a few pints down at the pub one night, as my studies were coming towards a close, that I fully understood it. 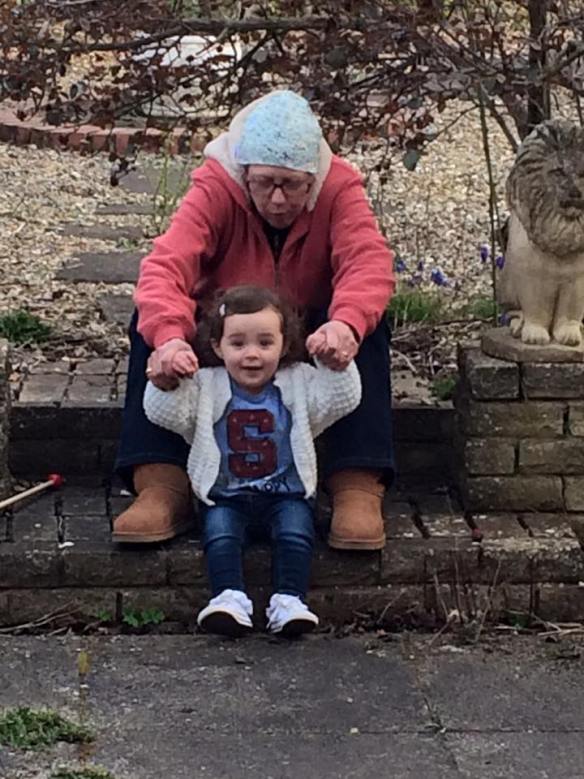 The treatment was no longer working. There was no point continuing it. She had only weeks left. And here I was in London, away from it all, ignorant to what was going on, at the busiest time of my course. June 19, the hand-in for our big projects, the final assignment, was etched in my mind. Little did I know.

I returned home for my niece’s hastily re-arranged Christening. Though I had seen my mum just a few weeks earlier the difference was stark. She had been weak on her feet ever since the first fall, but her strength was now completely failing. She was utterly reliant on other people and so tired. Nothing can prepare you for seeing those you love most in such a vulnerable state, stricken by illness and approaching their final days. Everywhere a sense of helplessness.

It hit me hard, reminding me of when I saw the effect of the chemotherapy on her for the first time five years earlier. I had been on a post-A-level holiday and feared what I was coming home to. It was so much worse this time.

You try to make every last moment count and enjoy what you have left. But to keep it all together, to not give in and just cry every day because you don’t want to lose your mum, because you’re only 23 and this isn’t fair and she should be around to see you grow up and share in all your happiest moments, is impossible. And yet what I wouldn’t give to have that time again.

There is always a desperation for a release, an escape route from it all. Some sand you can bury your head in and push it to the back of your mind. The 2014 World Cup did that.

The World Cup holds a special place in every football fan’s heart. Everyone claims their first is the best; nostalgia has a habit of making a fool of us all. I got into football through the 1998 World Cup – watching England vs Tunisia at school, the first game of football I can really remember watching. The wall-to-wall coverage, the colour, the noise, the festival nature of it all.

Every four years it comes around, and no matter the quality of the entertainment it remains the best thing sport has to offer. After the mundane 2010 World Cup with its vuvuzelas and negative football, the 2014 version breathed life back into the format. In football’s spiritual home of Brazil it was an absolute joy from start to finish.

It coincided with the worst month of my life, but it was the release and the escape route I craved and needed. It would be so easy to tumble into a pit of despair and never get out of it. I was one of the lucky ones. It gave me a routine. Sleep through the morning, and then the World Cup: 5pm, 8pm, 11pm. Rinse. Repeat.

A family trip to the Liverpool Empire to see Lion King meant I missed Holland’s demolition of Spain. Mum insisted on buying a t-shirt she was obviously never going to wear, it made us all laugh. We had our first, and final, family selfie. It was better than anything that happened in Salvador that night, no matter what you say about Robin van Persie’s header. 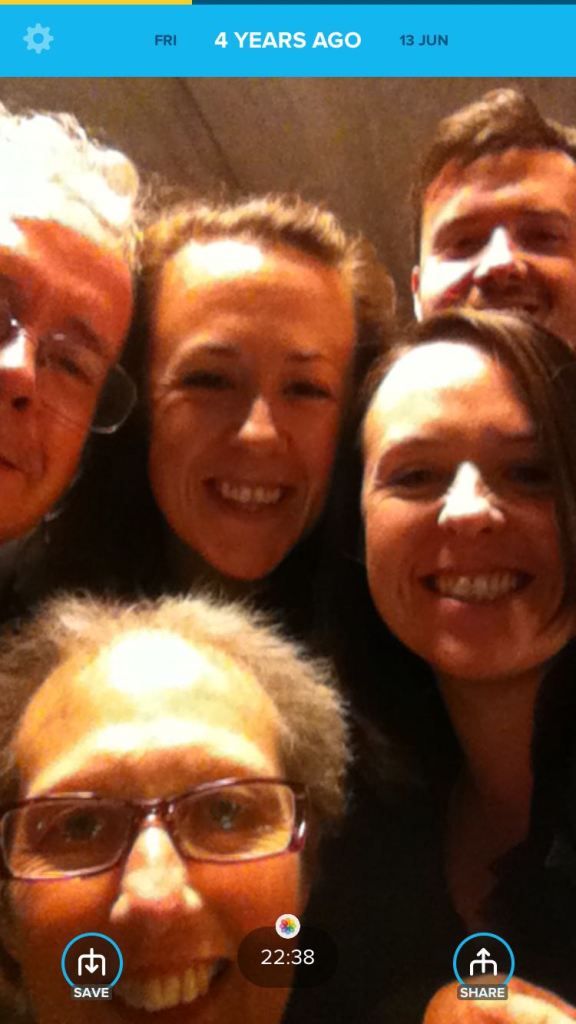 The next day we headed to the coast, Black Rock Sands in north Wales. The final family trip to the beach. My two young nieces in tow, even the sun came out for the occasion. We wanted to make the most of what we had left; it was a beautiful, but painful day. That evening Italy beat England, and I stayed up for the infamous 2am game between Japan and Ivory Coast.

In that week I was grappling with this final project for my journalism MA. I had secured an extension for it but I was, for some reason, determined to finish it on time. Instead of being with my mum on the last day she was able to get around the house, I was elsewhere, slaving away on something I no longer cared about, that I couldn’t be bothered with. Maybe I used it as an excuse to get away. I know it’s what she would have wanted me to be doing, but I regret it to this day and I always will.

On June 18 mum never made it out of bed. End game was approaching. We all knew it. The house was busy, it always was that week. Nurses and well-wishers coming and going. The final plans were being made.

Tim Cahill thumped an outrageous volley past Holland, Spain crashed out to Chile and Croatia crushed a laughably limp Cameroon. I was hooked on it all as my mum lay upstairs in her final few hours.

It happened early on the morning of June 19. A day of unbridled mourning throughout our home that day also brought a strange relief. Her suffering was over, the cancer died with her, but ours was only really just beginning. It’s never gone away.

That evening we watched England’s second group stage match. And for 90 minutes the pain evaporated, only to be replaced with the angst of watching England at a major tournament. A half-fit Luis Suarez finished them off almost single-handedly. The next day they were sent home by Costa Rica’s win over Italy. Football is always put into perspective by events like these; football is the most important of the least important things,

The drama in Brazil kept up, it was unrelenting. Every day another story, another gripping game. In the days that followed there was Germany 2-2 Ghana, USA 2-2 Portugal, South Korea 2-4 Algeria. And then a last-16 stage for the ages; James Rodriguez against Uruguay, Costa Rica vs Greece going to the wire, Tim Howard against Belgium and Germany’s epic tussle with Algeria.

Every day was hard, every day it was so difficult to get out of bed and get the motivation to just carry on. But there was always something to look forward to. I feared the day it would end.

Germany’s humiliation of Brazil was the crowning glory that cracking tournament deserved, but brought that reality ever closer. I did not want it to be over. I probably found those weeks afterwards more difficult as I went back to the reality of day-to-day life. My post-grad degree was over, and I now had to find the drive to start over again, freelancing from scratch.

The end of a World Cup is always a sad moment, when terrestrial television football disappears again, and day-time TV returns with a vengeance. More than ever, though, I just wanted it to carry on and on. This time I will remember four years ago and carry on with my life.

The anniversary this year is harder and feels more raw than before. The World Cup in Russia has brought all those memories flooding back to the front of my mind. There is overwhelming sadness of course, and a reminder of the hardest and worst time in my life. I should hate it. But the World Cup was always special to me. Now even more so.