Suitably football has seen to recreate this phenomenon in its own way. Year on year we’re greeted with the big signings who are seen by executives, managers and fans as the best thing since sliced bread. Year on year we see them inexplicably skirt around the fringes of the club before being swiftly ushered out of the door again. Essentially they may as well not have been owned by the club they were there for that short a time; they become football’s tribute to Wonga, an incredibly expensive loan. Here are some of the best:

(Transfer fee per game is not including fees recouped by subsequent transfer of the player. I tried working it out that way to be more ‘accurate’ but it was much less fun. Think of it instead as the amount per game at the exact moment the chairman decided ‘we’ve got to sell this guy’) 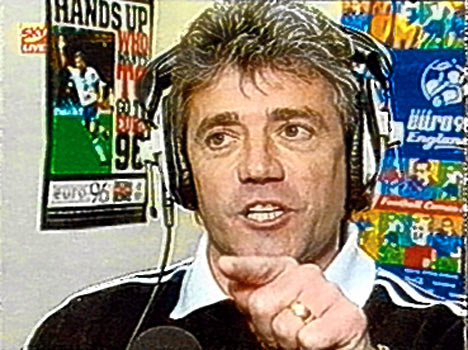 Kevin Keegan’s second spell at Newcastle was one of the more bizarre managerial appointments the Premier League will ever see. Keegan swooped in, didn’t win one of his first eight games, baffled everyone by playing Michael Owen in the hole in a 4-3-3 and it working, and sued Mike Ashley and Newcastle for unfair dismissal. He was awarded £2,000,000 as a result of his legal action; which for one season’s work of the quality that Keegan put out isn’t bad going. At all. I picked the wrong career… 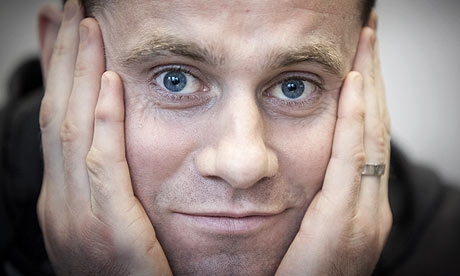 Shay Given used to be regarded as one of the best keepers in the Premier League. He was even Henry Winter’s ‘keeper of the noughties‘, the best of a decade. £6 million looked like a snip for a keeper with a reputation as an excellent shot stopper and all round commanding presence in the area. However injuries and an emerging Joe Hart means that City only had use for Shay Given’s services as first choice stopper for a short time. He was gently shuffled out to Aston Villa where his career star has dwindled to a flicker ever since.

Voted the Premier League’s right back of the season for 2005/2006 (ahead of such luminaries as Steve Finnan and Paolo Ferreira) Chimbonda ruffled a few feathers by handing in a transfer request on his way off of the pitch the day of Wigan’s loss 4-2 in Arsenal’s fnal game at Highbury. Not those of Tottenham evidently who were convinced to pay a fee for Chimbonda not once but twice, buying him for £4.5 million in 2006 and then again in 2009 for around £3 million. This second spell saw him play all of 5 games and leave after just half a season, in no danger of being voted one of the league’s best defenders a second time. 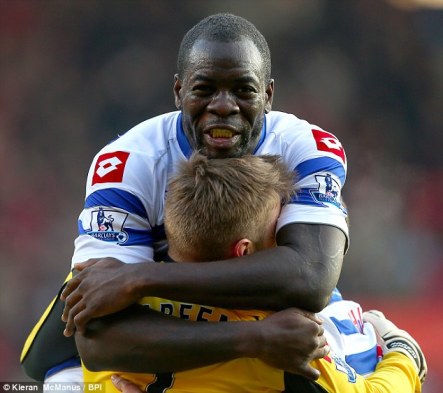 A bizarre transfer that has even drawn some alleged accusations of tax fraud, Christopher Samba never quite hit the heights of his Blackburn days at QPR (I mean he was still 6″4, he just seemed to have forgotten how to defend). Raking in 100 grand a week at a relegation doomed QPR and being immediately sold back to Aznhi after only 10 games for his new club. Aznhi also bought him back for the exact same transfer fee they paid. You be the judge of what went on there… 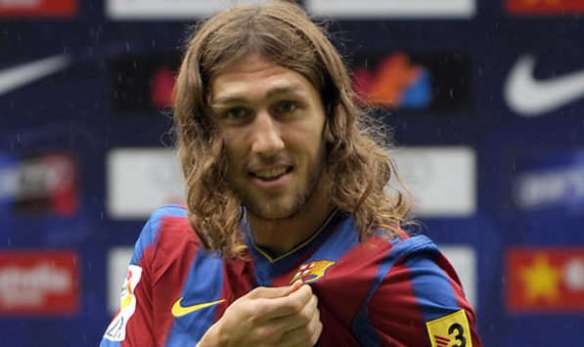 As well as having possibly one of the most unspellable surnames in footballing history, Dmytro Chyrgrynskiy also seemed to be set to join one of the most unplayable teams in history as the new cornerstone of their defence. He never really hit the ground at Barcelona however and presumably missed his mum’s borscht  too much to stick around as he only played 12 games for the Catalans and returned home after just one season. One of history’s more bizarre Football Manager prodigy failures. 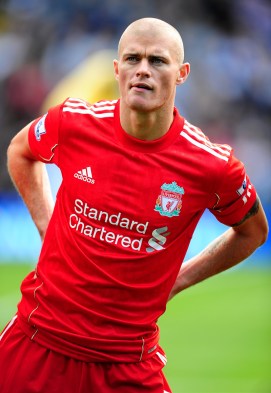 We here at TFN still can’t quite figure out why Roy Hodgson attempted to turn Liverpool into Fulham. Some players are limited technically and creatively but when surrounded by a rigid tactical structure they perform above their ‘level’. Rather their system is so perfect for the sum of its parts and the players within it are so functional that it affects our perceptions of the individual talents of the team. This can work just as easily in reverse when one outstanding player cannot work in a unit.

Paul Konchesky perhaps embodied Roy Hodgson’s problems perfectly. He was functionally excellent in Fulham’s tight defensive formation where he could keep his shape and break on the counter to good effect. Expected to be more adventurous and less drilled and designed in his play at Liverpool Konchesky managed just 15 appearances before being judged out of his depth and dismissed by Kenny Dalglish. A lesson for many a manager.

Wrong place, wrong time for poor Scott Parker. He arrived as the PFA young player of the season just as Jose Mourinho and Roman Abramovich were setting eyes on the blue side of West London. Struggling for a place in the side with Tiago, Claude Makalele, Frank Lampard and Arjen Robben in an increasingly star studded Chelsea midfield the brylcream poster boy was sadly never given the chance to find the kind of form that won him plaudits at Charlton and would later earn him player of the year at West Ham. He was sold to Newcastle after just 15 games, biding his time until becoming the hero of workhorse-style English footballers everywhere.

While he lasted longer and cost less – in transfer fee if not wages – than many others in this list, Cole did spend one year of his stay on loan at Lille and was raking in £90,000 a week wages for his entire 26 appearances for Liverpool. Factor in that he was on a four-year deal and the Merseyside club forked out £3m to save money and be rid of him and it all gets a bit desperate. Thought by many to be perhaps England’s most naturally gifted player Cole never quite hit the heights he did at Chelsea and with the Three Lions and was (eventually) shuffled off to West Ham. 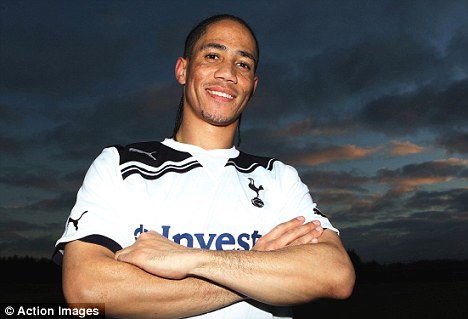 Sometimes injuries rob us of the joy of seeing a player at their best. Pienaar never got going with Spurs, often being injured and unable to replicate his Everton form. Lucky for him he was so good for Everton that they took him back on loan within 6 months of leaving. Spurs being Spurs they managed to negotiate a £4.5 million transfer fee to make the move permanent, meaning that in the end Everton basically paid Spurs £1.5 million to have Pienaar warm their bench for 6 months. Whoops. Not a failure as such, but not a success either. Ibrahimovic just didn’t fit in with Barca’s aesthetic despite being able to score 40 yard bicycle kicks and do keepie ups with chewing gum. Really, Barca began chasing an impossible perfection when the departing Eto’o was a much more proven fit in Catalonia. Zlatan also lost that thing that seems to be a necessity for his happiness as a player. He wasn’t the star of the show. AC Milan were happy to capitalise and whisk him away on loan after just one season.

Much like Joe Cole except everything was much more intense. Drogba was taking home £200,000 a week wages and only lasted a few months in China for Shanghai Shenua, playing 11 games (and scoring 8 goals). Galatasaray swooped in when Drogba called for a rescue and the Ivorian proved he could still cut it in the Champions League and that he was still stronger than a builder’s tea, scoring in the competition against Real Madrid.

‘I didn’t move for the money’ is something we’ve heard all too oftenand will continue to hear many players say when most credible evidence seems to point to the contrary. Which is why it is sort of refreshing that Asamoah Gyan simply admitted that Al Ain’s salary offer was ‘too good to refuse’ when he moved from Sunderland after just one season. Gyan had seemed to settle in well and won over the fans so it was far from an expected move, however while it was a condemning indictment of the effects of financial saturation in modern football, at least he was honest.

Did we miss anyone? Who do you think should be in this TFN team?