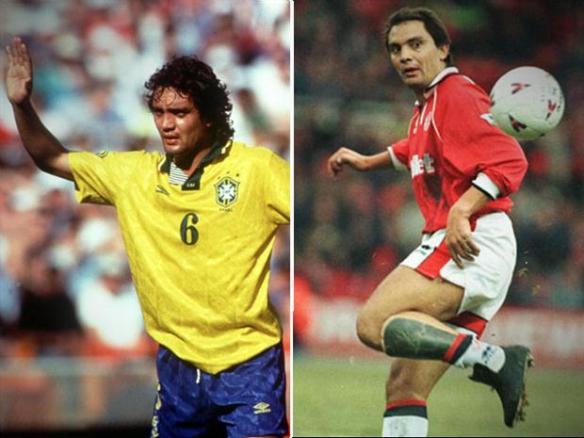 Football fans everywhere, imagine the scene if you can.

Before Chelsea, and Manchester City, and all those French clubs made it boring, a wildly rich and benevolent owner is bestowing millions of pounds of his own money on your club in order to gatecrash the top table, challenge for honours, and compete for the world’s top stars. Even better, this man is not a shady oil baron, but a local lad made good.

Then imagine him installing a world renowned football icon as player manager, getting promoted in your first season, then moving being the first club in decades to move to a purpose built new stadium.

Then try and imagine pairing that ferocious attacking talent with the same bunch of honest triers who were turning out for the club’s defence before the money started to flow.

This all happened at Middlesbrough during what’s affectionately known as the ‘Riverside Revolution’.

So to try and even things up a bit, Bryan Robson opened chairman Steve Gibson’s chequebook once more in 1995 and signed a World Cup winning Brazilian defender – Branco.

Stories that he had been training on a Mexican beach before joining Boro were ignored, as the left footed free-kick specialist was welcomed to Boro’s burgeoning Brazilian contingent.

But then… he never played. At least a stone overweight, and looking very sluggish indeed, Branco only managed nine games in the Premier League and a few more in the cups. He did score a couple of goals, in both legs of a League Cup tie against Hereford, but never troubled anyone with his trademark free-kicks.

He left again after only a year, halfway through the 96-97 season – just as Brazilian compatriots Juninho and Emerson were cementing their names in the collective Teesside memory.

Winning the World Cup just two years previously, Branco was clearly a talented player. And some of the flicks and tricks he displayed during his brief spell were typically ‘Brazilian’ – almost extremely so. A deft back flick to set Ravanelli on his way for a goal against Hereford was audacious.

But of all of Boro’s Brazilians – and there has been a fair few – Branco will no doubt have the misfortune of being named the club’s worst samba import. Not just because he was clearly past it, but because expectations outweighed the reality. Boro fans wanted a top class international defender to add to their Panini sticker collection of players, and they never got one.

To rank behind Ricardinho (never played a game for the club while on loan) and Fabio (Emerson’s cousin, played once against Huddersfield) tells the full story of that disappointment.

2 thoughts on “Branco: From World Cup Winner to Middlesbrough Outcast”