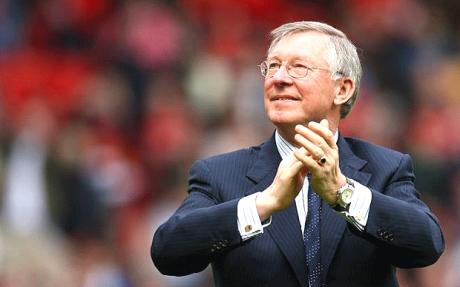 There are only three certainties in football – promotion, relegation and Sir Alex Ferguson and Manchester United winning.

I have been following football since I was 7. It was the 1998-9 season. All your assumptions about the sport are moulded in that first season. At the end of that first season Manchester United won the treble. And from that, seasons of bitterness, contempt and misery were born.

As a Liverpool supporter born in 1991 I have hardly been blessed by football. Rather I have been cursed, forever offered tantalising glimpses of a prosperous future only to have it prematurely, and rather unfairly, snatched away.

I know nothing about Liverpool as the bastion of invincibility in English football. In my lifetime that has always been the domain of a certain Scot and his Red Devils 32 miles to the east of Anfield.

Fifteen football seasons I have closely followed since my first. I have known nine United league titles. I have known only three seasons where they have failed to pick up a trophy, and just the one where Liverpool have finished above them in the league table. Football without Ferguson’s tyrannical grip on the silverware is impossible for me to imagine.

Last month Ferguson won his 13th league title. That’s 13 league titles for Manchester United since Liverpool’s last. This is a dominance that has not just influenced, but defined my formative years and thus my football mindset. My bitterness, though, has morphed into grudging admiration and respect.

Since 1998 I have largely witnessed mediocrity from my own team. Aside from two vintage seasons under Gerard Houllier, before it all horrifically unravelled, and the six years of Rafa Benitez.

The Benitez years are now a golden age in Liverpool’s recent history, but aside from a superlative 2008-9 season, never came close to usurping Ferguson. But to compare a golden six years that consisted of annual Champions League football, the odd cup run and a solitary title chase, to the 33 major trophies that Manchester United have won since 1993 is risible.

Benitez’s Liverpool was merely a footnote in the gladiatorial arena where Ferguson has vanquished so many. To know, and acknowledge, that the best resistance my club could offer in the 20 years since Ferguson’s first league triumph, did not even yield a title, hurts.

Some say Ferguson has been lucky, and there is merit in the suggestions that Liverpool were their own worst enemy in the early 1990s. Yet to coincide your first league title with the first year of the Premier League, the Sky Sports behemoth that it spawned and the riches it bestowed is handsome luck.

But that is where the sour grapes should end. It is one thing to chase, another to be the hunted. History can be somewhat defined by how world leaders exploit situations. 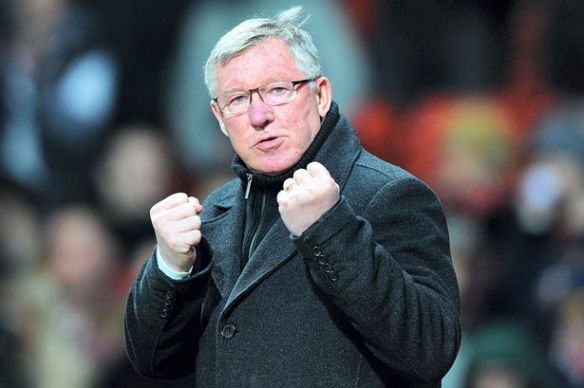 Joseph Stalin on his own had not enough to inherit Vladimir Lenin’s power in Soviet Russia. He built up his own power base, but significantly he manoeuvred himself. Never standing still, always playing others off against each other, using the Right (Bukharin) to defeat the Left (Trotsky), before sweeping away the Right to leave himself unopposed and dominant.

Ferguson has always been a similar arch-strategist. Always manoeuvring, always rotating and never standing still; ensuring that he was never left behind, or that his methods became outdated. That is how he created multiple Old Trafford dynasties and defeated rival upon rival.

His is the like of which we will likely never see again. Too often managers become too big. They believe their own cult of personality. They engage in hubris and an inalienable belief that they are right – that the methods that have consistently brought success in the past will naturally follow with further gains.

Martin O’Neill, whose managerial ability pales against Ferguson’s, became the victim of his own insularity at Sunderland this season. The Ulsterman failed to take stock of what had prevented him breaking through to the upper echelons at Aston Villa. He approached Sunderland the same way he had Villa, and even Leicester before that. It failed. Spectacularly.

Ferguson, too, knows his own limitations. He has always had an astute, able and dependable assistant alongside him. First Brian Kidd, then Steve McClaren. Carlos Quieroz was recruited, left, then returned, and Mike Phelan has now been there since 2008.

Ferguson will depart with few regrets, but perhaps he will reflect back on the night of March 5th this year. With United processing to their 20th league title, the season’s eggs had been firmly placed in one basket – the Champions League. Aside from knocking Liverpool off their perch, the Scot had always aimed to emulate Bob Paisley’s three European Cup winning medals.

He and United were in control of a two-legged tie against Real Madrid, before Nani found himself sent off. Ferguson was visibly enraged; ‘distraught’ according to Phelan. He gesticulated at the referee and the fourth official, before turning to the crowd and urging them on. 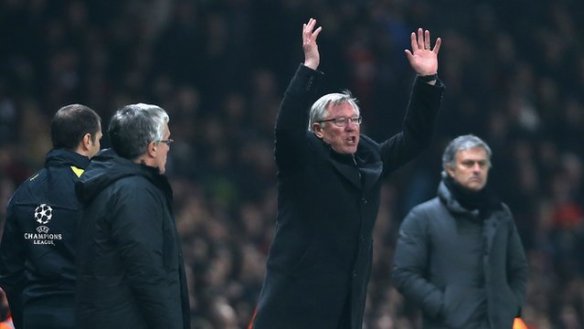 Emotion took control, reason disappeared. His opposite number, Jose Mourinho, pounced. He introduced Luka Modric while Ferguson continued to wave aimlessly. Within 10 minutes Real had turned a 1-0 reversal into a 2-1 lead. Ferguson’s belated response was too late.

By waiting 15 minutes to change, he ruined what could have been the crowning glory of his Old Trafford tenure. It was uncharacteristic passivity, but it will not culminate in undermining his legacy.

In the grand scheme of things it is merely a blot on his record, though it consigns him to falling short when he is so used to blitzing the field. In 19 seasons he has won just two Champions Leagues, and there is little doubt that he would have expected more.

But considering that no side has retained the competition in the Champions League era, he is in esteemed company with those two triumphs; Jose Mourinho, Pep Guardiola, Ottmar Hitzfeld, Carlo Ancelotti and Vicente del Bosque.