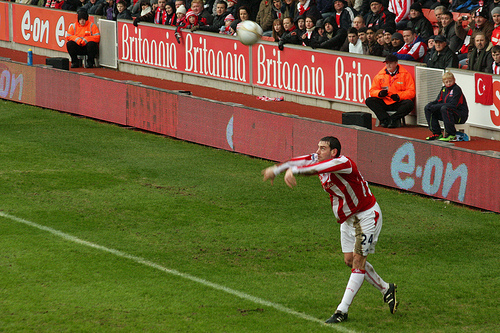 Well, in lots of places. The transfers have been touted as a big cause of both Stoke’s decline and their increasing unpopularity, as big spending without any perceivable reason so often is. Kenwyne Jones, Cameron Jerome, Tuncay Şanlı, Peter Crouch; I appreciate there is a need for a squad of players but surely the endless replacement for replacement’s sake has done nothing for the quality of play. Would one world class striker not be better than these four? OK, the chances of Stoke city luring Edinson Cavani are slim to nil, but signings should really be made only if there is a problem to be fixed or a chance to improve the squad. These have achieved neither. Perhaps most damning of all is that Walters is a starting eleven stalwart even now: as a player I hugely admire everything about his determination, commitment and even some aspects of his ability in terms of what he adds to the attack. Still, the fact that a multitude of attackers has been bought without any finding a way to displace him is baffling.

If the attack is perplexing then the midfield conundrum is outrageous: they seem incapable of playing together. Wilson Palacios is perhaps my favourite example of all, in that after a much proclaimed rise at Wigan (mmmm… lovely sexy Wigan…) his career stuttered at Tottenham before he tried to revive it at Stoke. There are issues with his game and he has clearly struggled to adapt to the Stoke way, but his class is undoubtable in comparison to other midfield options and his 49 minutes of playing time in the league this season is shocking. That’s zero minutes if we round to the nearest hundred minutes! Much like Charlie Adam, he appears to be something of a gamble signing of which the potential rewards would be great but have not been fulfilled. 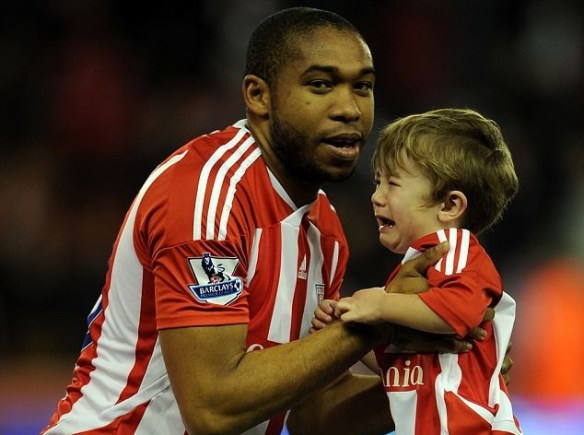 All of this is really more of a symptom than a problem itself. Pulis has been wrestling with a very Guardiolesque problem since Stoke began their inevitable difficult second season: adapt the team to freshen ideas and avoid rivals finding a way to beat your system, or stick to what made Stoke great. No scratch that, made Stoke good. No wait, made Stoke survive. Some of his signings, Tuncay in particular, have alluded to his desire to evolve the playing style. But poor Pulis seems incapable of achieving this goal, so what is to be done?

Managerial change cannot be overlooked, especially if the rumours are true and Pulis is contemplating leaving this summer. Perhaps a more attack minded manager could get the best out of the more creative players at the club, Adam for one, in which case might the potential availability of Redknapp not tempt Peter Coates? Another option is to end the experiment with Jekyll and stump for a Hyde: imagine what Sam Allardyce could achieve with the current array of big men…

Probably surprisingly little actually. Perhaps Stoke’s biggest problem looking into next season is that they have their tactics wrong, the result of many subtle tweaks to the system and playing staff over the last 5 years. The long ball game has been even more grim on the eye than usual this season, and that can be partially put down to a lack of proper wingers. At their best, the pace and, if not trickery then at least ability to place a cross, of Pennant and Etherington created more options for the end goal of sticking the ball in the mixer. It was difficult to defend against: pressuring the centre backs and keeper could leave space for the midfield to exploit and perhaps allow Pennant the time to pick out a good ball. It also made Stoke a relative threat on the counter that they just aren’t anymore.

With the sale of Pennant and Etherington’s falling out of favour, too often this season Stoke have relied on the routiest of route-one football with long punts from Shawcross and Huth. Worse still, Stoke have a tendency to get very narrow now: there just aren’t the players to stretch the play to the wing that there used to be, and that means more defenders in the box, and that means less headers won by the Stoke attack. Buying some good wingers to buck this trend would also get the best out of Charlie Adam: he hasn’t set the world on fire at the Britania, but he has nobody to play those trademark long balls to. At Liverpool his persistent choosing of the difficult long pass over keeping possession was infuriating, but it suits the Stoke game plan perfectly. If there are players making the runs to receive, which they aren’t. And if he gets sufficient support from other central midfielders, which he doesn’t.

A free kick specialist would also be an excellent signing. Someone like Sebastian Larson could only be an asset to a team that base much of their game around set pieces, which makes it all the more baffling that the team most inclined to reject open play for a free kick whenever possible has no real set piece specialist.

It isn’t hard to spot the problems at Stoke, but fixing them could be trickier business. The novelty value of having a rugby team in the league has long gone and the underdog quality was lost when £8 million was spent on Kenwyne Jones. Caught between the old style of play and a failed attempt at evolution, there are rumours that the dressing room is split between new signings bought on the promise that the style would change and the old guard who want to stick to the previously successful methods.

This season they have been lucky that Reading and QPR have been so terrible, but next year a failure to remedy this will surely lead to the drop. A new style altogether will be difficult to achieve, so if they are to stick to the Stoke way it needs to be a full commitment and not the half attempt that has been so dreadful on the eye this year.

In light of all that, here’s my 5 point plan for how to make Stoke Stoke again:

1. Hire a good PR spin doctor, maybe Alastair Campbell. They need to promote the underdog quality again, but at the same time visitors need to be convinced that the Britannia is a fortress. A tall order.

2. Free up some squad space by deciding which big men are surplus to requirements. Sell Cameron Jerome for a start.  It will be impossible but imagine what an upgrade Benteke would be on him – maybe a sign that a foreign scout could be useful?

3. Buy Junior Hoilett: there won’t be a queue of clubs after his average season, and QPR need to slash the wage bill so it can’t be out of the question. His pace, skill and final ball will make teams think twice about defending so narrow and pushing so many players forward when they have the ball. Someone like Sebastian Larson, or the more Stoke friendly name of Mathew Taylor, wouldn’t go amiss either, able to exploit their traditional strengths while mixing things up with his set piece delivery and goal threat at long range.

4. It’s time for Pulis to go. See if Moyes is up for the challenge? Moyes isn’t interested… Maybe enquire about Benitez? Oh Jesus even Benitez doesn’t want this job! Perhaps a more realistic appointment would be Martin O’Neil? He’s unlikely to be swamped with offers at the moment, and although things went badly wrong on Wearside his style will suit the Potters perfectly: rigid organisation, a reboot of Shawcross and Huth’s steely confidence, energising the flanks, getting the players to counter and cross…

5. Possibly the most important point:  get some kind of football director – anyone who can direct and be held accountable for transfer policy. Stoke need someone able to tell Pulis, O’Neil, Benitez, whoever is in charge that they don’t need Fabian Delph, Shola Ameobi, Danny Graham, Fernando Torres, John Utaka, Ricardo Vaz Te, Jay Bothroyd, or whoever randomly takes their fancy.