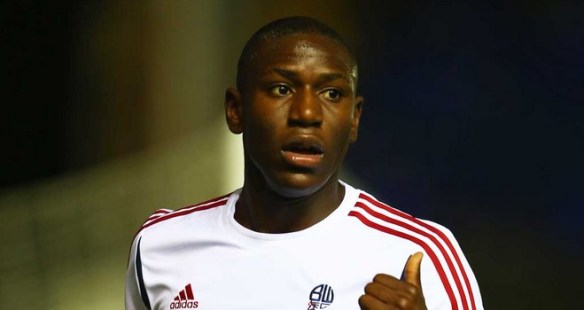 Hugo Greenhalgh asks where it went wrong for Benik Afobe at Bolton and looks ahead to his new club, Millwall…

He was the boy who at the age of 16 was wanted by Barcelona. Three years on, Benik Afobe is about to embark on a make or break loan spell at Millwall. This follows a highly disappointing half a season with Bolton Wanderers where the young English striker hit the mark just three times in 23 appearances. Not so long ago, the Reebok was the go-to destination for promising youngsters; indeed, two of the Premier League’s brightest stars in recent weeks cut their teeth in the North West – Jack Wilshere and Daniel Sturridge. So what went wrong with Afobe’s time at ‘finishing school’?

Owen Coyle joined Bolton in January 2010 after the Lancashire side had been struggling under Gary Megson and one of his first moves was to bring in the then 18-year old midfielder Jack Wilshere on loan from Arsenal. Wilshere impressed hugely, featuring prominently in Bolton’s run-in that saw them finish 14th. Coyle had helped nurture the best out of the young Englishman, who made 49 appearances the following season at Arsenal.

A year on from Wilshere’s arrival at Bolton in January 2011, Coyle looked to another promising youngster from Arsenal’s London rivals Chelsea; Daniel Sturridge. Sturridge had already shone at Manchester City, winning their Young Player of the Season Award in 2008-9. In his first year and a half at Chelsea, he played a bit part role and a loan move beckoned. He was an instant success at the Reebok, scoring a 92nd minute winner on his debut against Wolves. His end of season figures were equally notable, with 8 goals in 12 Premier League appearances.

This season Wilshere has been Arsenal’s stand-out player with his mid-week performance against Brazil highlighting exactly why he should be England’s focal point for the 2014 World Cup. Sturridge has looked revitalised at Liverpool, capturing the sort of form he had at Bolton when he was starting regularly. Therefore, it seems fair to say that Coyle provided a reliable environment for young talent to develop. His skillset was more attuned to coaching but the tactical side of his management was left lacking as Bolton were relegated last season.

Starting life in the Championship, Coyle looked again to a talented youngster to add some quality to his side. Arsenal’s Benik Afobe had impressed in the 2010/11 season on loan at Huddersfield, in which the West Yorkshire side reached the League One Play-Off Final.  Afobe played his part, with 8 goals and 10 assists in 32 appearances. The following season was spent largely on the sidelines, before a brief spell of 3 appearances at Reading who finished top of the Championship. Bolton offered a ‘school of hard knocks’ approach that teaches players how to be strong on the ball –  a footballing lesson that one imagines veteran striker Kevin Davies plays a part in. 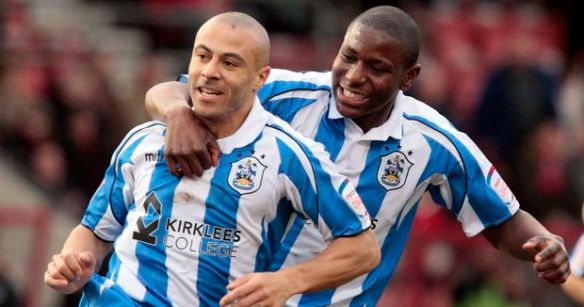 And so Afobe went North again. Pre-season gave Trotters fans some reasons for excitement as he scored a hat-trick against Tranmere Rovers. Unfortunately, this was probably the pinnacle of his time at Bolton. Afobe quickly found himself down the pecking order of strikers; Kevin Davies, David Ngog and Marvin Sordell were all ahead of him. In a system that only used one striker, Afobe’s time on the pitch usually came from the bench. This was hardly the most productive situation for a player who was really looking to kick on in his career.

Coyle was sacked in October and his replacement Dougie Freedman showed little sign that Afobe would feature any more under him. It was symbolic that Afobe’s best display in a Bolton shirt would come in a 5-4 defeat away at Peterborough; coming on in the second half, he won a penalty and scored one of his own, but it was not enough. Browsing Bolton blogs and forums, the same criticism comes up time and again. Therefore, it would be wrong to blame the change of managers as a cause of Afobe’s failure at Bolton. Put simply, he did not work hard enough and was far too wasteful in front of goal. The stats speak for themselves – just three goals and no assists. The worst part is that some fans suspect that Afobe thought he was too big for Bolton and the fact that he was owned by a top four club was reason enough to ensure his own personal success. As such, there was a genuine sense of relief when news broke that he would be returning to Arsenal. One post sums it up: “The most pleasing thing about this window is Afobe’s loan being cut short. I feel like our attack has suddenly got less shit with him going.” This really is a sad indictment of a player once touted as one of England’s hottest young prospects.

Millwall does offer a new chance for Afobe. Kenny Jackett is a thoughtful manager and a Play-Off finish for the Lions does not look out of reach. Currently sitting in 10th place, Millwall are short on strikers (and of goals) and Afobe will have to rise to this exciting new challenge. In one of the best bits of business this January, Leicester bought New Zealand striker Chris Wood from West Brom. Wood had been on loan at Millwall previously and scored 11 goals in 19 appearances. Darius Henderson was also sold to Nottingham Forest in the last week of the window. Afobe now must relish this opportunity for more game time and prove his worth.

At just 19, he has lots of time to step up and improve. Who’s to say Barca couldn’t come knocking again?