It certainly is a bold claim from the Arsenal forward. After all, this is the same Walcott who was plucked from Arsenal’s reserves by Sven Goran Eriksson at the age of 16 and invited to experience, first hand, England’s 2006 World Cup debacle. WAGs, metatarsals and prima donnas dominated the headlines, whilst poor little Theo was forced to watch on helpless.

Sven was crucified in the press for naming Walcott as his fourth choice striker in Germany, a decision all the more baffling when the injuries to Michael Owen and Wayne Rooney are considered. The process of integrating young prodigies into World Cup squads is an alien concept in England, but one Brazil has practiced countless times with Pele, Ronaldo and Kaka. They are not expected to play, they are merely present to sample the atmosphere.

Instead Walcott was expected to make an immediate impact, and became a symbol for the degeneration of Sven’s spell in charge of the national side. It was more the hysterical media circus that followed Walcott in the aftermath, than the World Cup experience itself, which stalled his development.

It took another six years for Walcott to again sample the experience of an international tournament – and even then it was a fleeting one, despite a match-winning cameo against Sweden.

His absence from tournament football between 2006 and 2012 was down more to the mistakes of others than a perceived stagnation in his progress. He was never involved in Steve McClaren’s faux revolution, whilst he became the victim of Fabio Capello’s hair-brained pursuit of experience for the 2010 World Cup, incredulously at the expense of Shaun Wright-Phillips – an omission that Capello later acknowledged as a mistake.

Pundits now view Walcott as an elder-statesman of the current England set-up under Roy Hodgson, yet forget his relative youth – he will turn 24 next month. Little surprise, then, that as he approaches this minor milestone he has encroached upon the best form of his career – it is the next six years that will define his career, not the previous six.

He is, however, a bridge between the ‘golden generation’ and the age of Hodgson, and his assertion that this is the best squad he has been a part of since 2006 demands consideration. 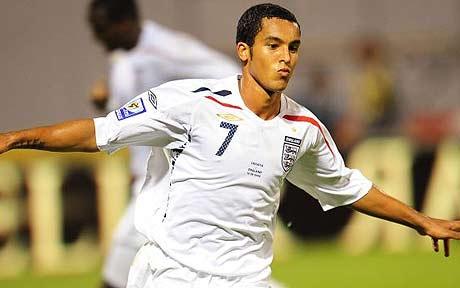 Some would argue it smacks of a smattering of self-indulgence from a player whose transformation has been as impressive as it has unexpected. Others would argue it is an empty platitude to provide a headline writer his corn.

Is there merit in Walcott’s words? It has become fashionable to criticize every aspect of the ‘golden generation’, especially the aforementioned circus that perpetuated the era. But strip away that circus, the expectation and the hindsight that has dominated the perception of that England generation, and it is possible to appreciate its quality.

The talent of its 2006 variation was beyond question – a formidable central defensive partnership, a dynamic central midfield, a set-piece extraordinaire, a precocious young talent and a proven international goalscorer headlined the bill.

Yet it was underpinned by tactical naivety. Sven consistently plumped for a basic, bog-standard 4-4-2; to use Noel Gallagher’s analogy, ‘he was a man with a fork in a world full of soup.’

The dynamic central midfield pairing was continually undermined by a lack of tactical awareness, which in turn often exposed the formidable central defensive partnership. The set-piece extraordinaire was often ponderous and cumbersome, the proven international goalscorer became stricken by debilitating injuries which isolated and frustrated the precocious young talent.

Perhaps it is a simplistic diagnosis of the ills of 2006 but it holds resonance still. It was a group of players crying out for a 4-2-3-1 system, and only when the proven international goalscorer was removed did Sven stumble upon this haven of tactical affluence. Too little too late.

It is now 2013, and components of that ‘golden generation’ still remain. The precocious young talent is no longer young, but questions persist as to whether he has fulfilled his promise. One half of the formidable central defensive partnership remains ostracized by the current incumbent, the other forced into international retirement by his own actions.

The set-piece extraordinaire is entering another phase of his glittering career, but the national side turned its back on him long ago. The proven international goalscorer can barely buy a game for Stoke City, whilst the central midfield has shed its dynamism with age, but with it has acquired a semblance of tactical awareness.

For all current England manager Roy Hodgson’s fallibilities – foremost a tactical regimentation which sacrifices imagination and encourages passivity – he has profited from inheriting these experienced individuals who appear motivated by past failures. Ally them with a fresh and gifted upcoming generation – spearheaded by Walcott and team-mate Jack Wilshere – then there is a genuine excitement surrounding the national set-up that has not been evident for some time.

A 2-1 victory over a patchwork Brazil outfit in a friendly which bore more significance in the occasion than on-field action, has been heralded as the watershed moment for Hodgson’s England – interestingly England’s 1-0 friendly victory over Spain in November 2011 appears to have been brushed under the carpet. 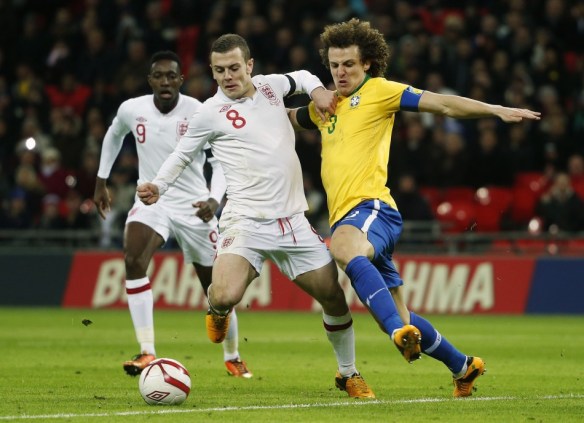 There were obvious positives to take – Wilshere’s supreme display, his first international start in 20 months. A mature performance from Walcott, his most complete since the hat-trick in Zagreb in September 2008.

Tom Cleverley provided copious energy alongside Wilshere, whilst behind the pair a revitalised Gerrard continued his mid-season renaissance and showed that his new-found tactical discipline will be central to his country’s prospects.

But this is where it is important to keep grounded – something which this country spectacularly fails at time after time. Qualification to Brazil 2014 is no guarantee – indeed only recently Hodgson admitted, rather alarmingly, that he would accept a play-off beth. One wonders the indignant reaction from the English press had his Italian predecessor uttered that remark?

In central defence the nation’s resources have visibly regressed – the age of abundance which could call upon John Terry, Rio Ferdinand, Ledley King, Jonathan Woodgate and Jamie Carragher – has well and truly passed. Gary Cahill’s lapse in concentration at Wembley was symptomatic of a paucity of top-class options now available.

Worse still, in qualification England have been severely lacklustre and have exhibited all the hallmarks that Hodgson sides have typified over the years, specifically a rigid shape defined by two banks of four moving hypnotically around the pitch. It explains why England are unbeaten in their four World Cup qualifiers, yet looked so insipid, home and away, against Ukraine and Poland.

Failure to win in Podgorica next month will characterize Hodgson’s tenure immeasurably more than victory over Brazil in a friendly. Whilst Sven’s tactical naivety failed to bring the best out of England in 2006, Hodgson’s tactical shackles threaten to prevent the present set-up from even reaching its Summer 2014 destination.

Walcott’s belief in this squad is admirable, but it would be utterly disastrous if it failed to reach a World Cup finals. Ominously for Hodgson, history does not look kindly on England managers who have failed to reach the haven of international tournaments; just ask Graham Taylor and Steve McClaren.