After Manchester United withdrew their participation from the competition at the dawn of the century there were genuine concerns about this prestigious trophy’s future. But it has weathered the storm admirably, flourished during its re-location period between 2001 and 2006, and continues to dominate a significant chunk of the English footballing calendar.

Yet stigmas surrounding the oldest cup competition in world football perpetuate; many are well-documented, some self-inflicted. Last year’s final was the first to be played with an evening kick-off time of 5:15; the continuation of a theme that has seen the semi-finals played at Wembley for the past five seasons.

Not only clear indicators that English football’s governing body is prepared to sacrifice its credibility and alienate its paying customers – once known as ‘supporters’ – in order to pander to a global viewing audience, but innovations that have belied the traditional leanings that illustrate the beauty of the FA Cup.

The official reasoning the FA gave was to avoid a clash with Premier League fixtures occuring on the same day – but surely playing any other football on that day intrinsically de-values its own cup competition as a result? This is, after all, the same organization who allocated an FA Cup semi-final in 1989 to a stadium that possessed an outdated safety certificate and then took 23 years to take responsibility for its own culpability.

The FA was offered a stark reminder of its insensitive failings with regard to the Hillsborough disaster by Mansfield Town’s very public and laudable tribute at Field Mill on Sunday. The cordoning off of 96 seats was a simple gesture, but an intuitively humble one, whose resonance will likely stand the test of time.

It’s grossly unfortunate that this gesture – and the fact that this was Liverpool’s first appearance in this competition since the release of the Hillsborough documents in September last year – were lost in the maelstrom of indignant faux-rage that has circulated over Field Mill and across the internet since.

So much has been splurged across internet forums, twitter and tabloid back-pages that there is little point in further discussing Luis Suarez’s manual intervention for Liverpool’s second goal against Mansfield on Sunday. That it has culminated in ESPN defending its decision to apologise for a lack of professionalism in its commentary is particularly embarrassing.

The reaction to Suarez’s goal was further confirmation of an hypocrisy that besmirches our collective view of the sport, none more so than when it concerns the misty-eyed perceptions of a footballing institution like the FA Cup.

The FA Cup’s audience feeds off a ravenous appetite for upsets and romanticism of yore, but not quite as much as its two broadcasters, ESPN and ITV, who constantly refer to the fabled ‘magic of the cup’. They can’t get enough of it. ITV are so serious about it that they’ve dropped The Enemy from their opening credits. About bloody time.

The evening kick-off was a thoroughly entertaining tie between two Premier League teams, but could easily have been mistaken  for being simply that. The next day ESPN, continuing its trend of immortalising normal FA Cup heroes of yesteryear in its idents, televised Swansea v Arsenal. One can hardly imagine Danny Graham puckering up to the camera in 20 years’ time, alongside a fireman who once scored a hat-trick for Solihull Moors in the Qualifying Round, and reliving THAT equaliser which bought his Premier League employers a replay.

But ESPN’s dedication to the country’s premier cup competition is far greater than its counterpart’s. Mansfield’s clash with Liverpool was significant in that the home side were the tenth non-league club to be televised by the American broadcaster since the first round. ITV? One. But they love a ‘David v Goliath’ story do Adrian Chiles, Andy Townsend and co. 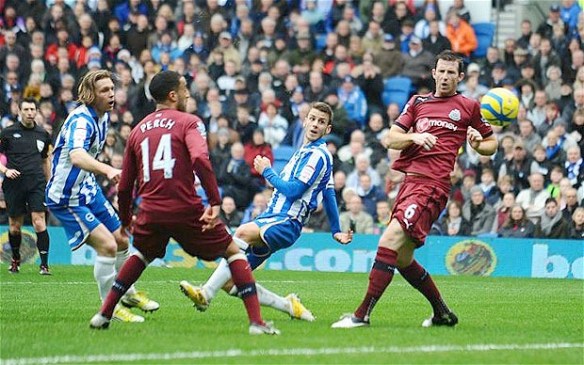 The Third Round of the FA Cup is rightly hailed as one of the standout weekends of the year, but when its broadcasters pander to the big clubs it loses its entire meaning. Not only that, but the media’s attitude to the big teams contesting in the competition is nonsensical.

The first week of January prompts a flood of media hysteria lamenting the notion that the FA Cup is not taken sufficiently seriously by the top teams in the country, who then invariably go on and win it. The big hitters in Premier League football have monopolized the FA Cup.

Even the legend of the Crazy Gang in 1988 ignores the fact that Wimbledon finished 7th in the old First Division that year. Only two finalists in the past 20 years have resided outside of the top tier – Millwall and Cardiff City. Since the turn of the century Portsmouth are the only winners to have been outside of the Premier League’s European elite, even then they were an expensively assembled outfit who finished comfortably in the top-half.

Steve Claridge, who is still unfathomably afforded minutes on mainstream television, was in vitriolic mood throughout Final Score on the BBC on Saturday. The former journeyman of English football was bemoaning the Premier League clubs who apparently don’t take the FA Cup seriously, before proceeding to criticize Chelsea manager Rafa Benitez for naming a strong starting eleven ahead of their trip to Southampton.

His mind-boggling ignorance to the earth-shattering concept of ‘squad-rotation’ was staggering yet entirely predictable, whilst his mind-set underlined the wider deep-set hypocrisy.

The FA Cup simply can not win. It lives and breeds off the notion of the ‘upset’, the notion of this hazy-eyed romance of old. Pundits eager to slam the big teams for not taking the cup seriously were promptly bewildered that they didn’t name enough youngsters in their starting elevens. 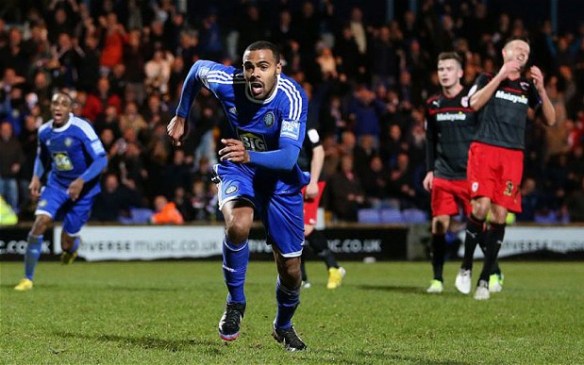 Tottenham’s clinically efficient disposal of Coventry on Saturday is a case in point. Andre Villas-Boas rotated his squad but still had the luxury of starting Gareth Bale, Emmanuel Adebayor and Clint Dempsey. Had he played the reserves, the Portuguese would have been accused of de-valuing the competition, yet Coventry would have fancied their chances of an upset. And we know how the pundits’ eyes glisten at the mention of an upset.

David Moyes, still to win a trophy in his near-eleven year tenure at Goodison Park, named a similarly strong Everton side at Cheltenham on Monday night. They duly hammered their  League Two opposition 5-1. The fact is that if Championship leaders Cardiff City had not rested the entirety of their first-team we would not have been gifted the most high-profile giant-killing of the round.

As the gulf in quality between the Premier League and those below it grows ever wider, so the prospect of ‘cupsets’ grows ever more unlikely. Mansfield v Liverpool on Sunday was a throwback to the mythology that surrounds the FA Cup – a dire pitch, long throws and kids climbing up trees outside the ground to have a peek of the action.

But that was all lost in the sensationalism that followed.