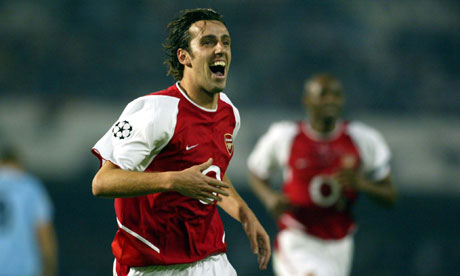 Edu left Arsenal in the summer of 2005 a fan favourite, an important member of Arsene Wenger’s squad and with two league titles and three FA Cups to his name. The midfielder arrived, however, as quite a different entity altogether.

Rewind to just four years earlier, April of 2001 to be precise, and the Brazilian was making just his second start for the Gunners since arriving from Corinthians that January. The venue was the much-missed, but never forgotten, Highbury, and high-flying Arsenal were taking on lowly Middlesbrough. Inside 34 minutes, Edu had turned the ball into the back of his own net. Now, take a step back again three months earlier, where at Leicester, the very same player was forced off the Filbert Street pitch, and to end his debut prematurely, due to injury, just 15 minutes after initially coming on as a substitute. END_OF_DOCUMENT_TOKEN_TO_BE_REPLACED