Sbragia can now be found moulding the finest young Scottish talent at U19 level, or telling the 6ft 1inch Real Madrid player Jack Harper that he hadn’t been selected because he wanted “more height”, rather than someone who would “float all over the place.”

Viewed by many as one of the definitive number twos in English football, it’s easy to forget that former Liverpool player Sammy Lee – winner of two European Cups no less – dabbled his hand in management. He was the “Little Sammy” to Sam Allardyce’s “Big Sam”, taking over after the current West Ham boss decided to start his assault on becoming Real Madrid manager in the summer of 2007.

Charged with carrying on his mentor’s work, Sammy got down to business signing Gerald Cid, Blerim Dzemaili, Gavin McCann, Heidar Helguson, Daniel Braaten and Andy O’Brien. Somehow his summer signings did not translate into instant success, with Bolton losing five of their first six in the 2007-8 season, including a demoralising 3-1 home defeat to Allardyce’s Newcastle on the opening day. Struggled so much to look the part that he wore a headset.

So bad that Gary Meson was considered an upgrade.

Paul Jewell must see something in Chris Hutchings that the football world is still eagerly awaiting. Four times he has been Jewell’s assistant, at Bradford, Wigan, Derby and Ipswich, and twice he has been forced to pick up the pieces with disastrous consequences.

Hutchings’ combined record at both his Premier League clubs is skewed by four Intertoto Cup victories in 2000, and a two legged League Cup win over Darlington. He lost seven of his 12 league games in charge at Valley Parade, with his team scoring only five times and suffering a 6-0 defeat at Old Trafford. The sole victory came courtesy of goals from Benito Carbone and Dean Windass in a 2-0 win over Gianluca Vialli’s Chelsea. (Yes, really)

Unperturbed, Hutchings returned to management seven years later with Wigan Athletic, determined to put right his record and implement all that he had learned. He was sacked in November.

Southampton appointed Paul Sturrock as manager in March 2004. Southampton replaced Paul Sturrock with Steve Wigley in August 2004. These are both things that happened. Rupert Lowe developed something of a reputation during his time as Saints chairman, and his haphazard managerial recruitment strategy was just one side of it.

Wigley’s CV was hard to overlook given his experience as manager of Isthmian League side Aldershot Town between 1995 and 1997, but he found his promotion to the Premier League a baptism of fire.

Despite inspiring the club to a south-coast derby victory over Portsmouth, that sole league success was not enough to keep him in a job until Christmas with Harry Redknapp then taking the reins. Somehow Southampton were relegated. Rupert Lowe responded by appointing Sir Clive Woodward as Director of Football. More things that did actually happen. 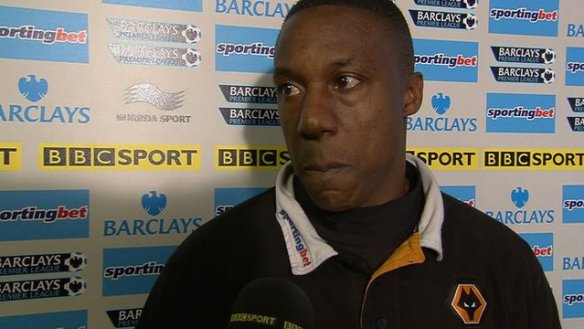 Poems, musicals and operas could be written on Terry Connor’s tears, the moment his heart split in two as the Wolves manager contemplated relegation from the Premier League in April 2012. Charged with keeping the club in the top flight, Connor failed miserably, unable to register a single victory in 13 games after taking over from Mick McCarthy.

Connor was on a hiding to nothing from the beginning, taking over in the aftermath of a demoralising 5-1 home defeat to local rivals West Brom. Despite forcing a 2-2 draw at an in-form Newcastle in his first game, Wolves followed it with seven successive losses, including 5-0 reversals to Fulham and Man United.

Despite his impressive 0% win ratio, Connor withdrew from frontline management on a high and returned to McCarthy’s bosom six months later as his assistant at Ipswich.