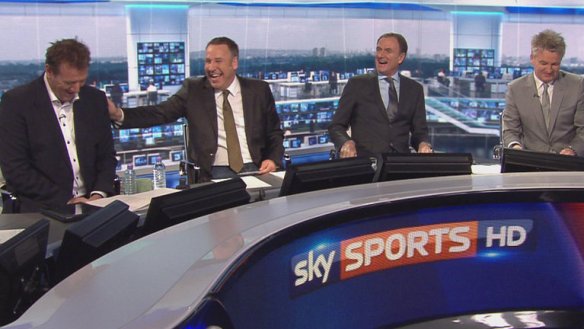 For many of us, being a football pundit looks like the easiest job in the world. Relaxing on comfortable sofas, often with a cup of tea, and stating the things that are blatantly obvious with as many clichés as humanly possible seems like a job any fan could do.

Sometimes however, being a pundit isn’t quite so simple. Every so often we find our pundits, whether they be players, managers, referees or presenters, being a little too relaxed with their vocabulary, or making terrible analogies to describe a game. These often have the fans in fits of laughter or in a state of sheer shock at their stupidity and complete lack of self-awareness. Gillette Soccer Saturday regularly comes up with some moments of magic, but the team at Sky Sports are not the only ones who have had a blunder or two.

Since his retirement in 2013 Jamie Carragher has joined the ranks at Sky Sports and has quickly become one of the channel’s leading lights in the punditry field. His instantly recognisable accent and his loveable relationship with Gary Neville have been a joy to watch. However, Carragher, like many others in his profession, doesn’t always have the academic skills that are required for astute analysis. Although his beloved Liverpool are still strong contenders for the title, if Manchester City can fulfil Carragher’s prediction of gaining 30 points or more from 6 games, the trophy will certainly be heading to the Etihad once more.

Another ex-Liverpool player who has graced Sky Sports with not only his opinions but also beauty has been Jamie Redknapp. The prime example when discussing pundits’ over usage of the word ‘literally’, Redknapp looks very relaxed under the studio lights. Sometimes, too relaxed. His recent description of the damage Mathieu Flamini’s absence caused for Arsenal in their 5-1 drubbing at the hands of Liverpool was pretty much spot on, but not very appropriate for lunchtime television.

Ever since his infamous failure of proclaiming “you’ll never win anything with kids” when referring to Sir Alex Ferguson’s young squad in 1995, Alan Hansen has become almost ever-present on the Match of the Day panel and relishes his role as a pundit. Well-known crisp advertiser and one of England’s all-time leading goal scorers Gary Lineker has also flourished in his role as the anchor of the show, but the pair starred in a brief moment that made viewers across the land cringe in pain.

Despite its introduction to the Premier League, Goal Line Technology remains a hot topic of debate for pundits and fans across the world. The UEFA Champions League is still without such technology, and despite the introduction of extra officials behind the touchline there have still been moments where the debate over technology has reared its ugly and somewhat tedious head. Commenting on a controversial decision in a 2013 Champions League game between Celtic and Juventus, former Premier League referee Dermot Gallagher was grateful that Claudio Marchisio was able to bury the rebound following the decision not to award Alessandro Matri with a goal, despite his effort having crossed the line seconds before. According to Gallagher, had a goal not been given, we could have seen a repeat of mass genocide.

6. Tony Cascarino Also Choosing the Holocaust as a Metaphor

Shockingly enough, Gallagher’s choice of words was not the first time the Holocaust has been used as a metaphor to describe events on a football pitch. In 2011 during another Arsenal drubbing (this time 8-2, at the hands of Manchester United when they were half decent), Tony Cascarino was asked for some live analysis on the game by presenter Natalie Sawyer. Cascarino took it upon himself to describe Armand Traore’s inability to deal with Nani as “having a Holocaust”. Unsurprisingly, many called for Cascarino’s immediate sacking. 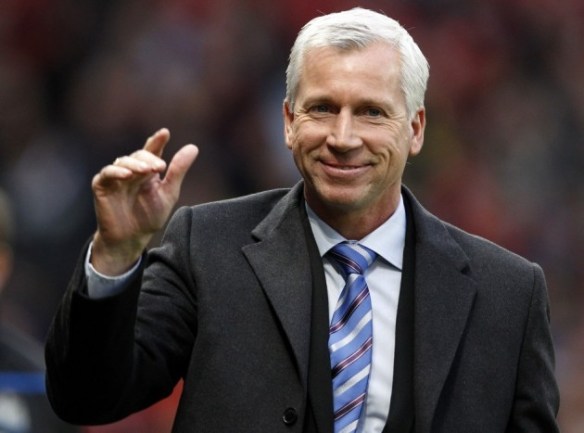 When he’s not busy head-butting opposing players or calling respected managers “old c*nts”, Newcastle manager Alan Pardew has tried his hand at punditry too. During a guest appearance on Match of the Day 2 back in 2009, Pardew was providing his insight on a game between Chelsea and Manchester City. At the time Michael Essien was one of the Premier League’s big names, and was often praised for his Patrick Vieira-esque strength. Pardew however, opted for another comparison. Analysing Essien’s challenge against City’s Ched Evans, Pardew deemed it acceptable to state that Essien “absolutely rapes him”. The BBC received numerous complaints over Pardew’s shocking choice of words.

Formerly of Blue Peter fame, Simon Thomas has become a household name on Sky Sports, having worked on Sky Sports News with the likes of Georgie Thompson before leading the channel’s Football League coverage. During his time on SSN, Thomas made a comically foul-mouthed error when reading his autocue about Stockport County captain Gareth Owen.

A list of punditry gaffes and mistakes would not be complete without Merse being mentioned. Regularly featuring on Gillette Soccer Saturday’s Funniest Moments, Merson’s inability to pronounce players’ names is a regular feature of the show, but he has also achieved recognition for his questionable analysis of games on some occasions. My favourite Merse moment has to be from his coverage of Manchester United’s Champions League clash with Benfica.

2. The Worst Banter of All Time

It was very difficult for me to decide whether this should be Number 1 or not. Usually the insults thrown between the Soccer Saturday team are quite amusing, but on this occasion Charlie Nicholas provided us with one of the most excruciating moments in sporting television history.

Despite having a place in my heart for looking after Cesc Fabregas when the young Spaniard first moved to England, Philippe Senderos was more often than not quite useless for Arsenal and Fulham (although he did somehow manage to wangle a loan move to AC Milan for the 08/09 season). Fortunately for the Swiss defender, this moment of hilarity when describing the thug-turned-philosopher Joey Barton probably overshadows his lacklustre skills. Comedy gold.

2 thoughts on “The Top 10 Moments of Football ‘Blunditry’”