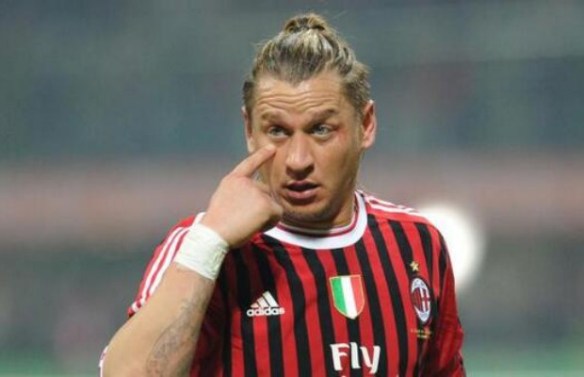 Pretty-boy Mexes clearly cares a lot about his appearance, although was clearly guilty of taking the obsession a bit too far last year after he was forced to sit out a game against Celtic after spending too long on a sun bed. His price for a creepy fake bronzed torso was a rather serious eye condition known as central serous retinopathy.

Captain Marvel Robson missed his fair share of games through injury throughout his career, although his strangest enforced absence may well have been the toe damage which forced him to miss the 1990 World Cup. In an attempt to remove a passed-out Paul Gascoigne from bed, Robson lifted the player and furniture off the floor before promptly dropping the combined weight of the both of them on his foot. Ouch.

A not inconsiderable amount of mystery still surrounds this recent mishap, which apparently involved the Japanese playmaker having to sit out of a game with Newcastle after he was forced to have his stomach pumped after eating too much. Poor old David Moyes must have despaired: conventional injuries are hard enough to take when your team is under the cosh, but one that has seemingly never occurred to any other professional athlete, ever, must have been all the more infuriating. 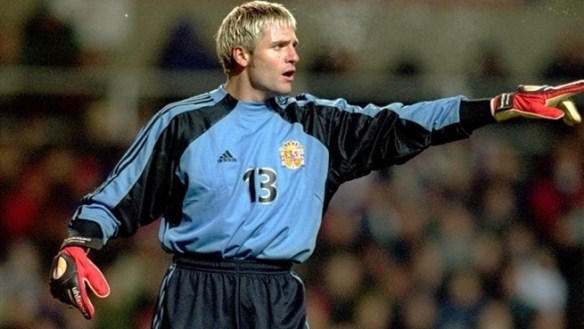 Missing a World Cup through injury is surely one of the most heartbreaking afflictions a footballer can suffer from. Yet the pain must be amplified to excruciating levels when the affliction is a blatantly avoidable one. Such was the case for highly-rated Valencia goalkeeper Santiago Canizares, who missed the 2002 World Cup after dropping a bottle of aftershave in his hotel sink. A piece of the resulting smashed glass subsequently fell on his foot, severing a tendon in his big toe.

Italian centre-back Nesta will rightly go down in footballing history as one of the game’s most elegant and composed defenders. He’ll hope, then, that few remember the surgery and subsequent month on the sidelines that he was forced to endure after apparently rupturing a tendon in his left thumb. The cause? An all night session on his Playstation…

The former Manchester United goalkeeper was an excellent leader of his defence, although may have been taking his leadership requirements slightly too far during a 1975 fixture with Birmingham, when he dislocated his jaw as a result of some overly-boisterous bellowing at his defenders. 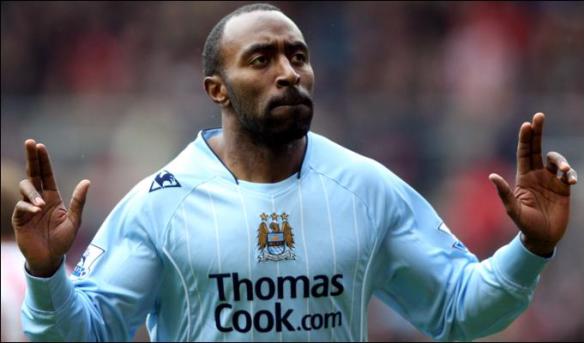 Vassell is likely to be remembered as one in a long line of doomed experiments on England’s left wing during the Sven Goran Eriksson years. Alternatively, he will go down in history as the man who attempted to drain a blister from his big toe…by using a power drill. The striker’s foot became badly infected, an issue which ultimately required the removal of part of his nail to resolve.

Properly cooking up the perfect poached egg is a delicate and complex operation, which may explain why Blackpool and Scotland defender Kirk Broadfoot attempted to bypass the whole process by using a microwave. His plan backfired though, when one of his eggs exploded and squirted boiling water into his face, resulting in several ugly facial burns.

After scoring for Servette against Schaffhausen in the Swiss league, midfielder Diogo ran in to the crowd to celebrate, only to catch his wedding ring on a fence, ripping off the top half of his finger in the process. The match was temporarily stopped as stewards desperately searched for the missing digit. In one of the most literal cases of adding-insult-to-injury imaginable, Diogo was booked for his over-zealous celebration. 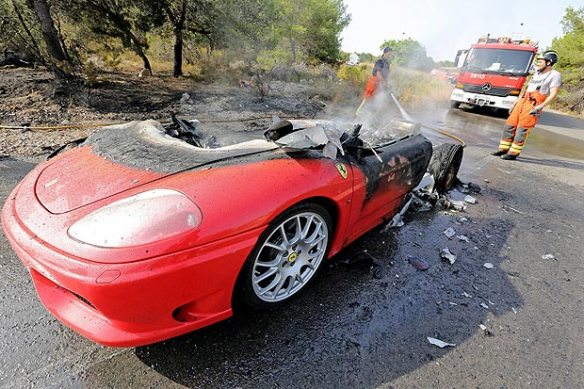 The Valencia playmaker must surely take first prize for his impressive feat of getting run over by his own car. After forgetting to set the handbrake at a petrol station, the rumoured Manchester United target caught his leg between the vehicle’s moving wheel and the curb, resulting in a fractured left ankle and broken tibia and fibula in his left leg. Banega’s luck with automobiles didn’t improve after that, either: on the way to training one morning following his return from the injury, he managed to lose control of his £200,000 Ferarri to such an extent that it quickly burst into an impressive flurry of flames and was soon burnt to a considerable cinder.

…And there’s plenty more where these came from. The best of the rest includes former Barnsley midfielder Darren Barnard’s torn ankle ligaments, which he sustained after slipping in a puddle of his dog’s urine on his kitchen floor. Hajduk Split player Milan Rapaic missed the start of his team’s season after somehow jabbing his eye with his boarding pass at the airport, whilst Danish goalkeeper Michael Stensgaard was forced into premature retirement after an unsuccessful wrestling match with an ironing board.

Indeed, goalkeepers seem to be particularly cursed by the bizarre injury: Kasey Keller knocked out his front teeth whilst pulling his golf clubs out his car, whilst Dave Beasant, a typically reliable safe pair of hands, famously severed a tendon on his toe after dropping a full jar of salad cream on his foot.

Footballers: they’re not the smartest bunch.

Piers is a Manchester United fan who writes regularly for Dream Team Fantasy Football. Follow him on Twitter @piersbarber18.