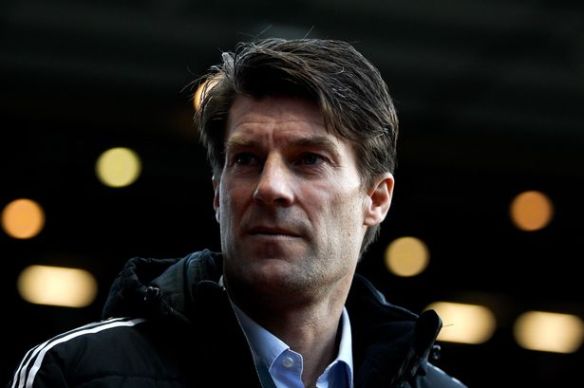 In the timeframe since their last victory, a 2-1 win at Fulham, media attention has focused on various “crises” at West Ham United and Manchester United. Swansea’s own plight has slipped under the radar, their FA Cup win at Old Trafford brought plenty of plaudits and obscured the reality.

In a season where mid-table is almost non-existent – only Southampton are truly “mid-table” – this acts as one great big missed opportunity for Laudrup and his men, an abrupt end to the upward trajectory the club had been enjoying since 2011. Swansea will feel they should be part of the upwardly mobile duo of Southampton and Newcastle, who have exploited the uncertainty around this league season, briefly threatening to hijack the accepted order before plateauing below them.

What Swansea would give for a dose of mid-table mediocrity now.

Instead of eyeing the turmoil at the top, making a go of the tussle for fourth spot or even consolidating on the gains of the past two seasons, they are caught up in the very realistic prospect of relegation, as Laudrup admitted after defeat to Tottenham on Sunday.

A trip to Birmingham in the FA Cup fourth round on Saturday brings with it a potential upset, but their next four league fixtures, coming against Fulham, West Ham, Cardiff and Stoke, will gauge the future of their season. The bottom-half is congested, and yet the gap between 10th and bottom is narrowing as the season wears on rather than increasing; a nine-point gap at new year has now shrunk to six.

As sure as night follows day, injuries have followed a loss of form; the Swans were missing Nathan Dyer, Jonathan de Guzman, Michu, Pablo Hernandez and Jose Canas against Spurs, and Jonjo Shelvey has now joined the stockpile.

But the aforementioned have not combined with the effect they wielded last year; it’s been as much a collective decline as individual trigger points.

Michu, last season’s wondrous £2m revelation, has played only 1038 injury-interrupted minutes of Premier League football in 2013-14, but after striking 18 times last year has failed to find the net in his last 676 minutes on field. After a whirlwind beginning to life in England, the Spaniard has scored only five league goals since last year’s Capital One Cup final; a prolonged come-down-to-earth.

The summer’s two major signings have yielded mixed results for a combined total of £17m – a significant outlay for a club of their stature. 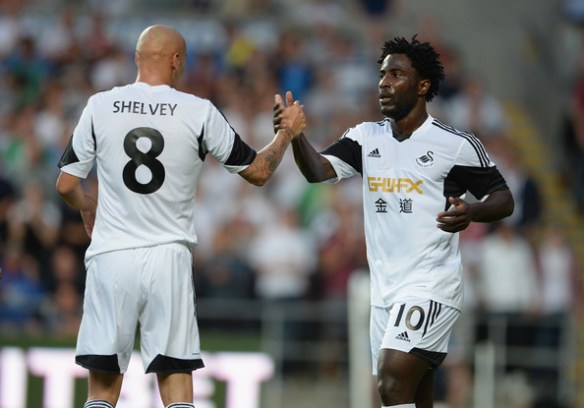 Jonjo Shelvey still resembles the roughest of diamonds, and for all the talk of ‘potential’ and ‘goal threat’ (four Premier League goals in three-and-a-half seasons, yet it’s often said the England international “has a goal in him”) he does not bring the midfield control that Swansea so crave; he remains a 21-year old still learning his trade, and still working out his function as a footballer.

Similarly Wilfried Bony; acclimatisation is to be expected of a 25-year-old playing in a major European league for the first time in his career. A return of seven goals in 1081 minutes is decent, but given the club’s financial resources, could they afford to break their transfer record for a work in progress?

Though Swansea’s summer dealings gambled on potential in the face of experience, it has been their raison d’etre in the Premier League. The pair of Shelvey and Bony cost a shade more than their raft of summer 2012 acquisitions – Chico Flores, Michu, Ki Sung-Yeung and Pablo Hernandez – and have not improved the squad to the same extent.

That summer’s transfer policy tapped into an undervalued market; Michu was as much of a gamble as Bony, but given the success that has bred expectation, the margin for error is finer than before.

The Europa League continues to act as a scapegoat, more of a noose around the neck of an upcoming side than a reward for success, though the opportunity to size Swansea up against Napoli is an eye-watering one. Last week’s training ground bust-up between Garry Monk and Chico Flores was one of the more surreal to hit the news, but hints at growing frustrations within the club at the lack of progress.

Perhaps we expect too much of Laudrup and Swansea?

In effect this is their dreaded “second-season-syndrome”, with the Dane’s appointment in the summer of 2012 merely delaying the inevitable. His refinement of the Martinez-Rodgers axis was widely lauded a year ago, but further development has brought more problems than solutions.

Perhaps this is the perfect footnote to Swansea’s Premier League adventure. The final chapter in their Premier League trilogy, which has survived a change of director and a tight budget, before they become type cast and sentenced to years of mid-table mediocrity, like Stoke and Charlton before them.

Maybe Laudrup’s one step ahead of all of us.

4 thoughts on “Where are Swansea going?”