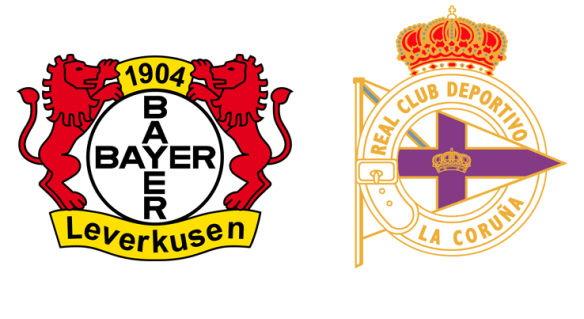 Champions League nights were genuinely exciting evenings and crucially they were available to watch on terrestrial television. It is almost hard to imagine a time when world football was not there to watch at our fingertips. Today it is possible to become an expert in a foreign league without leaving one’s sofa. But at the turn of the century, opportunities to watch Europe’s hottest stars were few and far between so European nights were to be made the most of. Step forward Bayer Leverkusen and Deportivo La Coruna – two sides who made the 2001/2 Champions League a memorable and enjoyable tournament.

Both teams had their own endearing qualities. Leverkusen combined an exciting mix of native talent (Michael Ballack, Oliver Neuville, Bernd Schneider – to name but three) with a touch of class from further afield (the diminutive Brazilian Ze Roberto and his fellow countryman, the imperious Lucio). They also had a penalty-taking goalkeeper in Hans-Jorg Butt (chortle, chortle), German-born Turkish international and No. 10 Yıldıray Baştürk and a wonderfully laidback yet stylish Bulgarian striker in Dimitar Berbatov. As such, their appeal was not dissimilar to Dortmund’s in recent seasons. 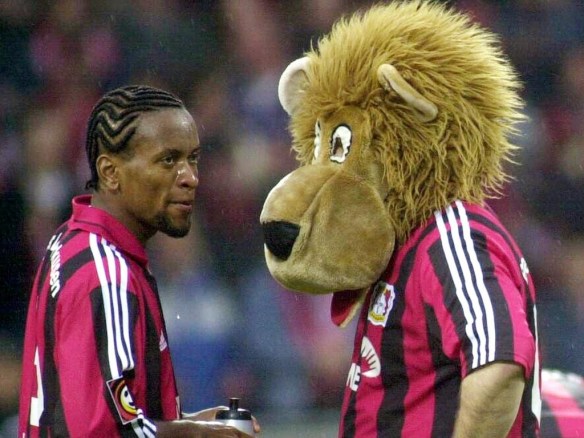 Ze Roberto with a friend

Deportivo possessed different likeable components. Their deadly strike partnership of Diego Tristan and Roy Mackaay was classy and efficient in equal measure. They were captained by one-club man Fran who had helped guide Deportivo to their first La Liga title in 2000. Indeed, they had also emerged as the ‘Third Force’ in Spanish football for a short period, another feature that would make them popular with the neutral. Finally, the idea of the all-encompassing ‘Sports Club of Coruna’ held a certain mystique for English viewers.

Both sides also performed excellently against English clubs which is probably what makes their runs in the competition so memorable. In the first Group Stage, Deportivo took six points against Manchester United. In Spain, a 90th minute Noureddine Naybet winner saw off the side who had tried to sign him in 1999. Of course the legendary Moroccan centre back would eventually sign for Tottenham in August 2004. Back at Old Trafford, two goals from Ruud van Nistelrooy – the tournament’s eventual top scorer – were not enough either. Two separate defensive mix-ups between Wes Brown and Fabien Barthez first allowed Sergio Gonzalez to equalise before a Tristan brace dealt the damaging blow as Deportivo came away 3-2 victors.

This was the era of the gruelling second Group Stage, and Arsenal were unfortunate enough to draw not only Juventus both also Leverkusen and Deportivo. Despite Arsenal’s emphatic 4-1 win in Leverkusen, where the list of goalscorers read like a “Wenger’s Greatest Hits” compilation (Pires, Henry, Vieria, Bergkamp), the North London club did not make it out of the group. Deportivo proved too good for Arsenal over their two games which both finished 2-0 in favour of the Spanish side. Juan Carlos Valerón got the first goal at Highbury, another player who impressed that season and would go to the World Cup with Spain in 2002. 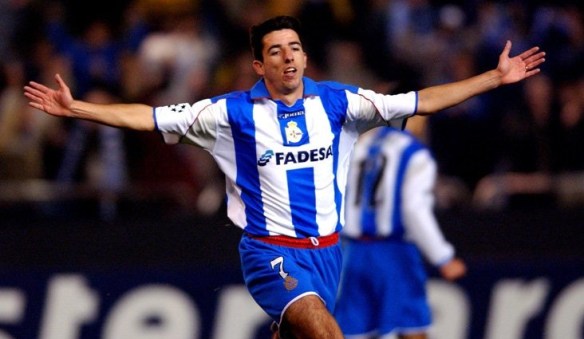 In the knockout stages, there was opportunity for redemption for United, as they were paired with Deportivo again in the Quarter Finals. David Beckham and van Nistelrooy got the goals in the first leg in Galicia as United put one foot in the Semi Final. The second leg was closer and finished 3-2 to United but the game was marred by Beckham’s infamous metatarsal injury, the result of Argentine defender Aldo Duscher’s tackle. Deportivo had been knocked out by Leeds at the same stage of the tournament the previous year.

Meanwhile, Leverkusen faced Liverpool. Liverpool won the first leg 1-0, with future Leverkusen manager Sami Hyypiä scoring the only goal. However, the Germans turned it around at home in a 4-2 win. Two goals came from the 25-year-old Ballack, a player seemingly destined for greatness, while Berbatov and Lucio also netted on the night.

Leverkusen’s third English victims were United, going through on away goals after it finished 3-3 on aggregate. Neuville’s wonder strike in the second leg in Germany made the difference, sending them into their first Champions League final; the post-match celebrations were as much in disbelief as they were in jubilation.

The climax of the punishing 16 game run it took to get to the Final, was played out in Glasgow’s single-tiered Hampden Park. All the goals came in the first half, as Raul opened the scoring before Lucio equalised. Then came one of the most spectacular moments in world football. Struck so sweetly with his left foot into the top corner, it was easy to forget that Zinedine Zidane was naturally right-footed. This was a player at the peak of his powers and proof of how a supremely talented individual could capture the imagination like no other.

Leverkusen went down fighting and had chances to equalise in the second half, but it finished 2-1. This meant another runner-up finish, completing the unwanted treble alongside League and Cup near-misses. It brought cruel ‘Neverkusen’ jibes in the media, which continue to haunt the club till this day. Ballack, who finished the tournament with an impressive 7 goals in 15 apps, left for Bayern Munich along with Ze Roberto, where inevitably titles beckoned. They were joined a year later by Makaay, where he earned the nickname ‘Das Phantom’ for his ability to score out of nowhere. Tristan was not the same player without his partner in crime and left Deportivo with a strong record of 111 goals in 271 appearances, for his former club Mallorca. He wound down his career first in Livorno and then, even more bizarrely, at West Ham in 2007.

One thought on “Bayer Leverkusen, Deportivo La Coruna and the 2001-02 Champions League”