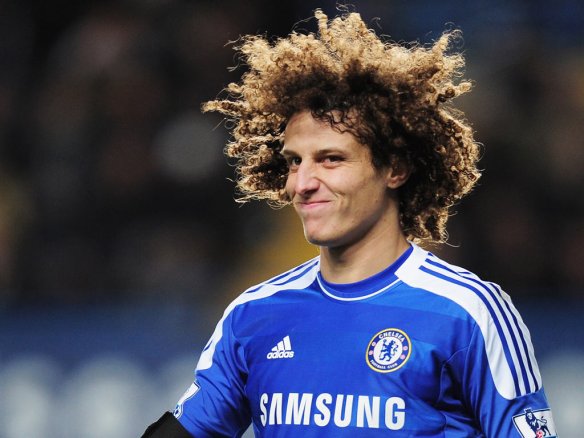 Since he arrived in the January transfer window in 2010, Luiz has first and foremost, provided an exceptional amount of entertainment. His first start against Fulham was the epitome of what was to follow. A marauding defender that looked more comfortable up front than most of the Chelsea front men as he hit an overhead kick cross into the box after finding himself doubling up as a left winger. In a season of little joy, David Luiz lifted the crowd with his enthusiasm and passion on the field; a trait that no one can deny the Brazilian international.

It says a great deal about the man when one of the biggest criticisms labelled against him was the amount of time it took him to get to grips with the Premier League, the very same player, who in his first month in the league won the award for Player of the Month. There is no denying, he made a number of high profile errors, but their frequency had been largely exaggerated and a barrage of comments were made about Luiz’s game and his (lack of) ability as a defender.

Whilst some of the criticism lobbed his way was more than justified, the majority of it seemed to target Luiz without merit, after all he represents a break from the traditional, the culture of a ball-playing centre back has yet to be accepted on these shores and thus Luiz has throughout his time been misunderstood and criticised for not being the accepted norm.

Luiz is often seen as a mercurial footballer, from the outlandish hair reminiscent of Sideshow Bob, an entertaining personality on and off the field that captures the love of fans and neutrals alike to his unpredictability on the ball, there is method however, in the madness.

Few will deny that whilst being on the edge of their seat whenever Luiz is involved, the player himself exhibits composure on the pitch that allays fears. A self confidence that borders on arrogance but is by and large excused when he performs risky (but thoroughly entertaining) pieces of skill in his own half. There is something quite clearly Brazilian about David Luiz and that can only be a good thing.

Similarities are drawn with previous Chelsea defenders; Ricardo Carvalho and Frank Lebouef but Luiz is an entirely different breed of the attacking minded defenders. Capable of the same surging runs and long range strikes that his predecessors are fondly remembered for, it is the apparent ease at which all this comes to him that leaves people thinking that there is a very special player developing at Stamford Bridge. In an era in which managers are trying to mould technically capable midfielders into defenders to give them the creativity and ability to build from the back, Chelsea already have a defender that fills the void.

Throughout his spell at Chelsea, Luiz has exhibited excellent vision on the ball with either foot whether playing a long raking ball across field or sliding the ball through defences along the ground. This penetration from the back means that the opposition have to be wary when he’s on the ball, especially when not pressured and given time.

The issue this causes for opposing defences is that in order to stifle Luiz’s forward play it creates more room for the plethora of attacking options Chelsea have in their squad, which is when players like Mata, Hazard and Oscar are at their most dangerous.

When a player possesses the natural talent that Luiz has, there is often a number of strings attached to that bow. To Chelsea’s delight, Luiz is no different, capable of stunning long range strikes as well as being a dead ball specialist; his goal tally is a welcome bonus.

It is easy to get caught up in what Luiz can offer a side going forward from defence and for this reason his defensive contribution often tend to be overlooked. A quick and physical footballer gives Luiz the edge against most strikers, his tendency to get too tight which can lead to him left stranded is also a source of his great strength, as a defender he makes a very high number of interceptions which disrupt opposition attacks and frustrate strikers by strangling (not literally, unless we are talking about the occasional forearm smash) their possession on the ball. 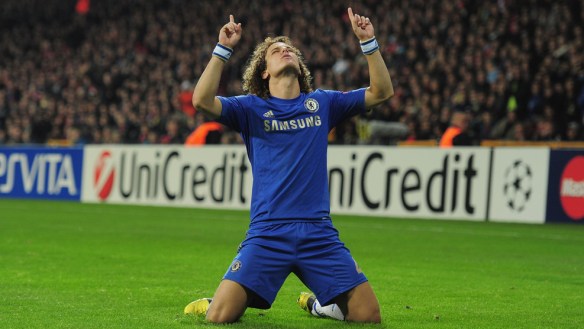 His speed and understanding of an attacker’s intentions make him a very tough target to get round with the ball still at their feet. Back to comparisons drawn with Carvalho, Luiz shares an affinity for a certain darker art style of defending in being fond of the odd shirt pull and leaving a more painful mark on opposition attackers when given an opportunity.

There is no doubting Luiz has seen considerable improvements as a defender in his short time at Chelsea, there is now a concerted effort to clear the lines when the team is boxed in as opposed to trying to force the ball out by passing into dangerous positions or attempting to dribble past an opponent.

A Luiz ‘hoof’ is often one of the more appreciated moments around the ground. Yet, he is still far from the finished product, he suffers from the same lack of focus that Carvalho exhibited when he first joined the club, Luiz has the benefit of having the same manager who oversaw Carvalho’s development into one of the world’s best centre backs and the hope is that Mourinho will be able to do the same with David Luiz and more.

The other noticeable area in which Luiz does not excel as much as his peers is when the ball is in the air, this is however harsh as the Premier League is notorious in having numerous strikers who excel in the air, it is a part of his game that I’m sure he would like to improve.

A centre back by nature but last season Luiz displayed a competency to play in midfield. One of the few positives to arise from the Benitez tenure was the experiment that many had wanted, whilst it was neither a total failure nor success it allows Jose Mourinho to play David Luiz further upfield, should the situation arise and call for it.

Luiz’s versatility gives Chelsea added options and enables them to keep a squad that is adaptable with fluid tactics on the field; he is a player that fits into every system in the book and looks set to be one of the cornerstones that the club will be built upon.

Arguably, the area in which Luiz has grown most since arriving at the club has been his presence on the field with his teammates. Luiz was touted long before by fans as a successor to John Terry as the club’s captain, it was last season in which during the absence of Terry and Lampard, Luiz was the only noticeable leader on the pitch as he marshalled the defence and looked to motivate the team around him.

As a Vice-Captain of Brazil there is an ingrained characteristic of a leader, his pride in playing for his country and club is evident and importantly allows fans to connect with the player much easier. One of the brightest talents at the club and already one of the best players, Luiz’s future shines bright and for the sake of the club, the hope is that it will shine blue for years to come.

This piece was written before the start of this season as a contribution towards the Samba Series rather than a comment on Luiz’s recent form at Chelsea.