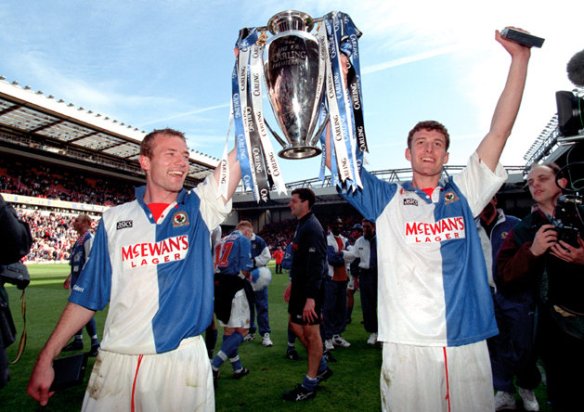 Dave Wild reflects on the world of partnerships in football…
“Perfect partners don’t exist. Perfect conditions exist for a limited time in which partnerships express themselves best.” – Wayne RooneyIt’s not often that you have the chance to start an article with a quote from Croxteth’s least heralded philosopher. Yet to hear the Manchester United striker’s words turns the mind to an interesting dynamic in football. The chemistry of a good partnership; a whole greater than the sum of its parts.
The debate on the virtues of individuality versus those of teamwork was nicely summarised in October 2013’s Premier League goal of the month competition. Would it be Arsenal’s intricate clockwork machination of one touch teamwork finish rounded off by Jack Wilshere or the explosive individual brilliance of Pajtim Kasami’s wonder strike? The public overwhelmingly voted in favour of Arsenal’s irresistible metronomic goal, perhaps explaining where our idolatry of the footballing partnership lies. We love to see a team working together.Football is littered with great partnerships. Over the past 20 years the Premier League has seen Henry and Bergkamp, Terry and Carvalho, and Keane and Scholes glittering together in their pomp. Not to mention casting our eyes overseas to see Xavi and Iniesta, Nesta and Cannavaro and Lahm and Ribery.It’s not only the players themselves, the manager’s too have their own partners more often than not. The excellent book and film The Damned United‘s entire dramatic premise is the hubris of Brian Clough, believing that he can go it alone without his faithful lieutenant Peter Taylor. You could argue that even Sir Alex Ferguson, without the aid of his roster of assistant managers (treble winning Steve Mclaren amongst them) was a less successful manager, mainly due to his lack of coaching or European tactical expertise when compared to absolute specialists in an area.

Acknowledging then the importance of the right partner in realising true potential we have to take into account the fragility of such a pairing. Taking Rooney’s words into account, it’s interesting to look at a list of partnerships who have met these ‘perfect conditions’ to be lauded as imperious and all conquering as a pair and therefore regarded as such on individual level, only to fall away when separated, an inequal sum of parts to their glorious whole. Here are some of the best:

Plucked from the Championship by Alex McLeish in possibly the one good decision of his career, Johnson and Dann formed the bedrock of a surprise Birmingham City package by being undoubtedly one of the best Premier League defensive pairings in the 2009-10 season.

“We don’t mind doing the dirty stuff. We talk to each other all the time and it just seems to work” – Roger Johnson

Complimenting styles, ineffable functionality and a telepathic understanding however were shattered when the pair were separated. A £7m move to Wolves was an utter failure for Johnson and the defender has since taken a paycut to join Sheffield Wednesday. Dann on the other hand is slowly rebuilding his reputation with Blackburn, where he is now captain . Neither player is anywhere near being thought of as the potential England candidates they were in their Birmingham City heydays. When the Scunthorpe based duo weren’t on Soccer AM (again), they used to form a lethal partnership on the pitch, eviscerating defences across League One, plundering 38 between them in the 2005-06 season and drawing admiring glances from all around them.

The following season saw Sharp end the year with the most goals of any striker in the top 4 divisions, but the seeds of their downfall had begun when Andy Keogh was sold to Wolves in January. The pair never rekindled the unbridled force they exhibited in those two seasons. Both players have become something of journeymen since, with them each having played for 5 clubs since Scunthorpe without reaching the same heights that brought Liverpool scouts to watch Billy Sharp as a 20 year old prodigy.

Remember Titus Bramble paired with Alain Boumsong? Or with Oguchi Onyewu? You’d be forgiven for thinking that the player who lined up alongside Emmerson Boyce for Wigan was a different player entirely.

The pair, while never being spectacular were solid, and given Bramble’s rocketed trajectory towards 2008/09 Player of the Year from his previous career as a byword for calamity this can only be regarded as an exceptional partnership. You may have noticed that since it’s dissolution Bramble is now without club and was refused a contract at Ipswich. Bet he even misses Alain now…Paul Kitson & John Hartson: West Ham 1996-97

How best to react if your team is 18th in the table in January having picked up up one point from the last 12? If you didn’t say ‘by making John Hartson my record signing and signing Paul Kitson with him’ then you most likely would have relegated West Ham in the 1996-97 season.

“When they arrived, I knew they would at least give us a chance, although I still thought it would be hard to avoid relegation. But those two battered everybody.” – Harry Redknapp

Between them the pair scored 13 in the last 14 games and fired West Ham up into 14th from certain doom. You would assume that the dynamic duo, would fire West Ham to new heights in the league together. However following their lightning start the seemingly perfect duo lost their spark. While Hartson finished the next season with 24 in 42, Kitson fell away with injuries and would only score another 10 goals in the next 5 seasons for the Hammers. 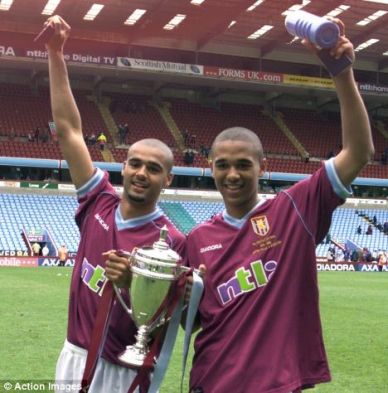 Back in 2002 when Aston Villa beat Everton 4-1 in the FA Youth Cup Final the star front two were the Moore brothers, Luke and Stefan. They were the new darlings of English football and along with a young Wayne Rooney, also playing that day, were supposed to be the bedrock of a future star studded England strike force.

Sadly this was not to be the case. Stefan’s career was wrecked by injury while Luke only began playing for the Villa once his brother had left for QPR. The potential of those heady early days was never realised and Stefan now plays non-league football for both Leamigton and Brackley Town, while his brother Luke has just signed for Turkish outfit Elazığspor on a free. Oh what England could have had…

In an upcoming follow up piece I’ll be looking at just what makes some of these partnerships work so well together and why a player’s perceived excellence can become so fragile once a functioning system is altered.

4 thoughts on ““Till Death Do Us Part”: The Fragility of Football Partnerships”