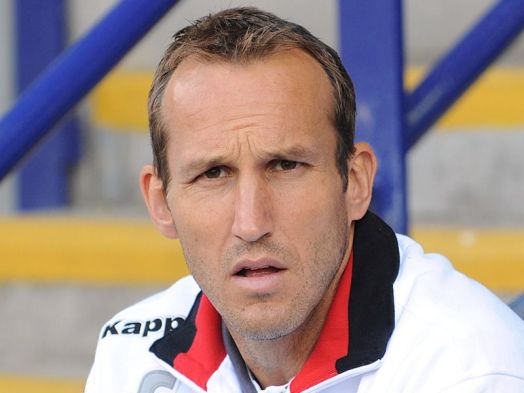 In his first piece for The False Nine, Lee Warner looks at the role of the third choice goalkeeper…

The life of the backup keeper has often yielded great attention and fascination. They must be ready to fill in at any point, but know that their role at a club is primarily subservient to another man. Rarely will a reserve keeper depose a cemented first teamer through his own doing, instead he must wait for a slip up. It’s a muddy mentality in the game of football, and a strange position to be in.

Ask Manchester United fans what they think of former stalwart back up goalkeeper Raimond van der Gouw, and the majority will smother him with appraisal. He knew his role, performed well when called upon, and never complained. He was according to many, the model reserve goalkeeper.

Recently a trend has emerged in the Premier League that has started to redefine the cosmetics of the goalkeeper in waiting. The obsessive spending sprees of the league’s richest clubs has created a domino effect of squad depth anxiety. Whereas in the past, managers would have felt comfortable with a reliable group of around 18-19 players (with a few untested youth players sprinkled on top), nowadays the outer core of many Premiership squads are filled with experienced older heads who could feasibly be getting more regular game time at clubs lower down, if not for a lack of ambition.

This is none more so than between the sticks, where a few elder statesmen have started to redefine the role of the third backup goalkeeper.

Back in the 90s and even the early to mid 2000s, did the acknowledged concept of the third goalkeeper ever enter consideration? You knew as a fan of course that your club had a third in line should the moment require, but usually it was an 18 year old reserve player who would have literally given anything just to get on the bench. Their drive and ambition to one day become the club’s first port of call would have been unparalleled.

But the role is evolving from that type of determination, becoming a far less ambitious status to strive for. 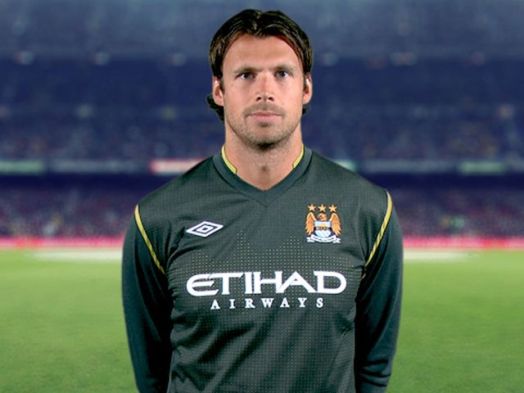 The most glaring cases have come from moneybags Manchester City in recent seasons. In 2009 alongside their glorious summer acquisitions of Carlos Tevez, Emmanuel Adebayor and Gareth Barry, came the one and only Stuart Taylor. Never one for much ambition to begin with, Taylor made the third goalkeeper spot his own for three seasons without making a single Premier League appearance for the citizens. Whilst he played quite literally no part at all in the club’s 2011-12 league victory, he was still there for the celebrations and parade, knowing no pressure ever fell on his shoulders.

In quick fashion, City were desperate to fill the gargantuan Stuart Taylor shaped hole left at the Etihad (he’s very tall), and who better to plug the gap than someone who practically is Stuart Taylor. He’s English, he too played for Arsenal years ago, and his name is Richard Wright.

Wright is now in his second season at the club, in what effectively is a role that contains pre season sojourns to some of the world’s most exciting destinations, training sessions at a state of the art training complex, and comfortably watching one of the best teams in the league (from the stands) on match days. Is this the cushiest job in football?

There are others too. Carlo Nash gave up the second string goalkeeper journeyman tag along with any desire to end his career playing lower down the league ladder, when he signed for Stoke in 2010. After sitting behind Asmir Begovic and Thomas Sorensen for three seasons, Norwich duly continued the ritual by taking on the ageing 40 year old last summer as their backup number three. 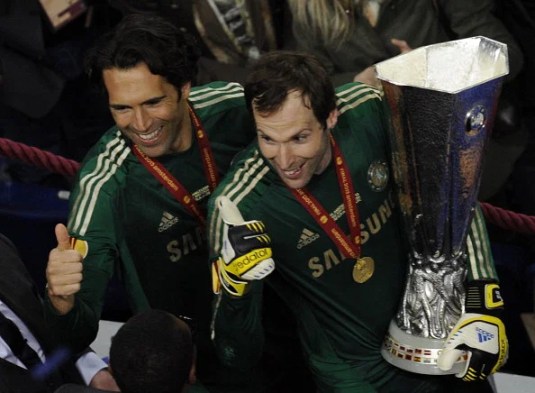 Our good friend Stuart Taylor also continued the trend last season, signing for Reading and currently filling in behind Adam Federici and Alex McCarthy. Even the ‘hilarious’ Hilario is content to remain behind Petr Cech and Mark Schwarzer at Chelsea, after being their substitute option for a while.

Most recently it appeared that even Shay Given was willing to succumb to the third spot at Aston Villa. Brad Guzan and Jed Steer currently sit ahead of him, but press sources have indicated his desperation to move away and challenge himself once more, and credit to him.

In some ways you can hardly blame the likes of Wright, Nash and Taylor for going down this career route. Having sporadically journeyed around the top two divisions in England for 20 odd years, the bigger clubs are becoming something of an early retirement home for them. Good money, great facilities and absolutely no pressure or media scrutiny whatsoever. It’s certainly the unaspiring option, but an understandable one nonetheless.

When Richard Wright quit League One Preston North End last summer, citing homesickness from his family in East Anglia, could you really blame him for joining Manchester City (who had just won the title) a few months later?

So if you’re a middle-aged journeyman goalkeeper looking for a comfortable environment to begin the retirement process, try becoming a third choice stopper. It’s all the rage.