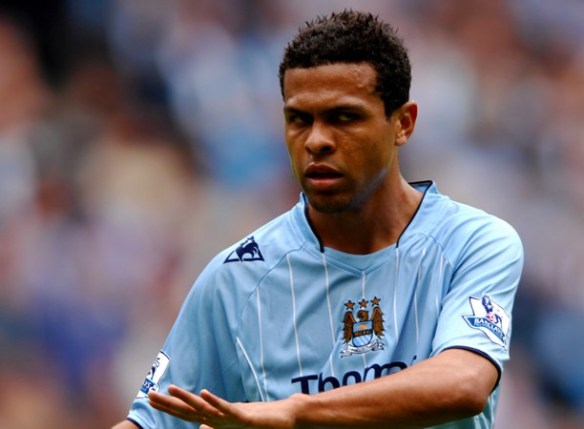 The Brazilian era at Manchester City fizzled out rather unspectacularly, a damp squib of an ending for a controversial clique. Some would argue that both Mark Hughes and Roberto Mancini mismanaged the mercurial talents of Elano and Robinho, while those on the other side put it forward that the commitment to the cause simply was not present, allowing the likes of hardworking, but technically inferior players to cement positions in the team.

‘Geo’ was the first. The excitement amongst City fans was palpable; we had a Brazilian – they’re meant to be pretty good at football, aren’t they?! Geovanni signed for the Blues on a free transfer on a one-year contract on 17 July 2007. For a lot of fans, the knowledge of Geovanni was limited to a vague recollection of him playing for Barcelona a couple of times in the early 2000s.

The fact that a Club such as Barcelona paid €20 million to secure his signature was reason enough for excitement; the fact that he had once helped knock the Reds from across the road out of Europe with a Champions League goal during his time at Benfica didn’t harm his credentials either. A few weeks later and fellow Brazilian Elano joined Geovanni at Eastlands for the Thaksin Shinawatra funded revolution.

An ever so slightly surreal street party led by a deposed Thai Prime Minister singing Blue Moon welcomed Geovanni and the other summer signings to Manchester, and it did not take long for the new boys to make their mark, with new Blues boss Sven-Goran Eriksson giving debuts to seven new signings in the first game of the season.

After a miserable campaign under the guidance of former manager Stuart Pearce, the fresh attacking talent on show delighted the fans and got the Blues off to a winning start. It was Elano that ran the show at Upton Park and, in a sign of things to come, Geovanni came off the bench for the final 10 minutes and sealed the points in the season opener with a debut goal.

Another impressive cameo performance against Derby County in midweek saw Geo get the nod to replace the ill Stephen Ireland in the game against Manchester United the following weekend. Remarkably, this would be one of only two league games that Geovanni would start for City, and it was certainly the most memorable.

The Brazilian duo combined for the only goal of the game. Elano played the ball to Geovanni who tried his luck from 25 yards out; his gamble paid off, with the ball taking a deflection and flying past Edwin Van Der Sar. For his significant part in the season double over Manchester United, Geovanni will always be fondly remembered by the City faithful. That moment proved to be the highlight of the midfielder’s time at the City of Manchester Stadium, as he had to settle for the role of understudy to both Elano and the emerging Stephen Ireland.

Elano, Ireland and Geovanni brought flair to a side which had been lacking that bit of magic in midfield since the retirement of Ali Benarbia and his fellow schemer, Eyal Berkovic.

Sven Goran-Erikkson’s system allowed plenty of room for the creative players to prosper, with Elano often starting on the right of midfield and Stephen Ireland playing behind the striker. The clever movement of the midfield would often catch teams out, with both Ireland and Elano switching positions to sporadically join in with the central attack.

Although Geovanni had proven himself adept at cutting inside onto his right foot, Martin Petrov’s pace and crossing ability meant he became undroppable when fit. This left only two positions up for grabs for Elano, Ireland and Geovanni, and it was Geo who would have to settle for a peripheral role. 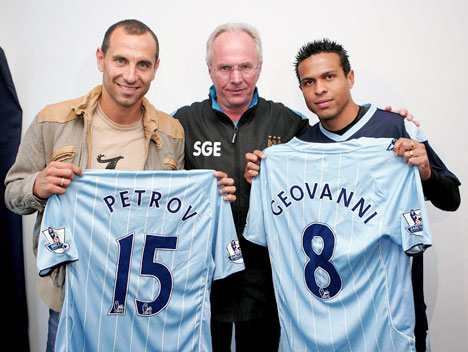 Stephen Ireland became the new shining light of the City academy, starting 32 league games with one further substitute appearance, while Elano started 29 games and entered as a substitute a further five times. Geovanni was restricted to just 19 appearances in the league, only two of which were in the starting XI.

Versatile enough to play anywhere in the area behind the lead striker, it was the movement of the Brazilian which would often catch teams out. Geovanni would drift in between the lines, playing probing passes and occasionally taking pot shots at goal. For the first half of the season, it was an extremely effective system, with the switch-and-go positional changes making it difficult for opposition defences to cope with the creativity of the playmakers. As a substitute, Geovanni proved to be an effective impact player against tiring legs, although he arguably deserved more starting opportunities.

For a player of his natural ability, it was a shame that Geovanni was not truly afforded the chance to shine in Manchester. Doubts about his ability to last 90 minutes were assuaged after his end-of-season transfer to Hull City. 32 starts and a further two substitute appearances helped guide Hull City to Premier League survival, with Geovanni ending the season as the Tigers’ leading scorer – including one memorable long range strike in a win against Arsenal.

Although Hull and Geovanni were both unable to replicate their form the following season, there was still the occasional glimmer which suggested that he was a natural talent who, for one reason or another, had never found the consistency to perform at the highest level.

Dan Morehead is a freelance writer for MCFC. Find him at www.danmorehead.com and on Twitter @Danny11M.