They lasted 13 minutes before conceding, then shipped another 7 that night. As can be seen in the figures below, this meant that the worrying upward trend of goals conceded per game in tournament qualifiers continued to haunt the ‘whipping boys’ of European football.

The numbers seem to raise a question. In a game of increasing professional standards, where is the place in football for the predominantly amateur side? Will San Marino just keep getting worse? Should football’s governing bodies let them play against such vastly superior sides if their inexorable slide shows no signs of stopping?

“Contests like this, in which there can only be one winner, have no real purpose if international football is to be meaningful”. – Martin Samuel, The Daily Mail

San Marino is not a team of stars, merely an independent sovereign state and full member of the UN, accounting for their place at Uefa and Fifa’s table. Their players hold down a 9-5 (or whatever hours bar work demands nowadays) in addition to representing their country. Only two players in the national side ply their trade as professional footballers, and they play in Italy’s fourth and fifth tier. They are, to all intents and purposes, an amateur side.

But then It is easy to forget now the influence that a team of amateurs like this once had on the history of the game. The history of Corinthians Casuals is a shining example of the amateur heritage of football’s past. 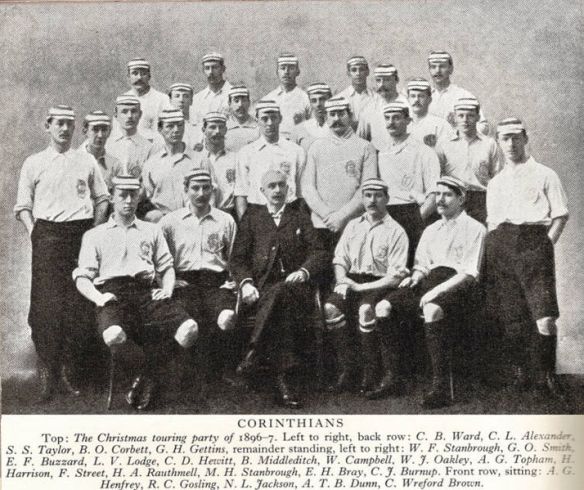 The citizens of classical Corinth were proverbial for their wealth and profligacy. “Corinthian” has been a metaphor for a rakish “lad of mettle” since Shakespeare’s day (Falstaff uses it). In the Regency the “Corinthians” were a group of hard-living aristocrats dedicated to sports, particularly pugilism and horse-racing. By the late 19th century the word had lost the hard-living, high-betting associations of the Regency term and kept only the idea of gentlemanliness and amateurism (source).

Corinthian (later Corinthians Casuals) were the living embodiment of the values of amateur sportsmanship in the early 1900s, to the point that they refused to take penalties, invariably responded to an injury by sending a member of their own team off to even things up, and even then still gave the opposition the run-around.

Such was the admiration of Corinthians that Real Madrid adopted their white shirts as their own and there are clubs in Brazil and Malta and a tournament in Sweden named in their honour. The only consideration taken into their game was an adherence to fair play and an upholding of that indefinable majesty that we often refer to as the ‘spirit of the game’. Football as an entity has undeniably changed since then but in those principles lies the spirit of amateurism and the values that football should look to remember when thinking of teams like San Marino.

As I have said in articles past, I believe one of football’s greatest strengths is in its egalitarian nature. As easy as it is to criticise a team like San Marino for them being ‘not good enough’ we should not deny any team the right to play on the predication that they are inherently inferior. To do so is to deny the principles of equality and upward mobility that define the sport.

Would we deny those teams not blessed with the trappings of wealth, population or stylish backdrops their day in the sun? Football is a fluid arena where 10 years can change the world. Take Stockport County for example. 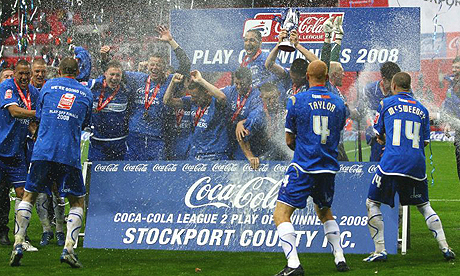 On the 13th October 2001 a League 1 encounter saw them draw 2-2 with Manchester City. Almost 12 years to the day on the 12th October 2013 they lost 1-0 to Rushall Olympic in an FA Cup 3rd Qualifying Round while Manchester City battled their way to 4th in the league that they won two seasons ago.

There are numerous points in all three of the teams journeys where they could theoretically have been denied involvement in a competition should a kind of pre-meditated denial of opportunity, like some suggest should be enforced upon San Marino, have been possible. It’s too easy to say that a ‘quality barrier’ would only apply to international football, but it cannot. It sets a precedent for elitism in a game already in danger of losing touch with its defining roots.

If we deny a team its right to play because they are ‘not good enough’ we lose something very special. We lose Jong Tae-Se’s tears of pride, we lose the absurdity of San Marino’s  fastest goal in World Cup Qualifying history, we lose the passion and gratitude of a team like Tahiti. We lose the appreciation of why we all got into football in the first place