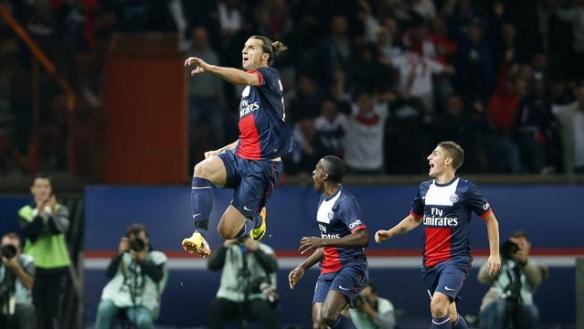 Most football fans around the UK will know a little bit about France’s Ligue 1.  Indeed most fans will recognize the top clubs from their Wednesday and Thursday nights’ European football viewings on ITV; Olympique Lyonnais, Olympique de Marseille, Paris St Germain, LOSC Lille, but that’s about as far as it goes for most.  Indeed some of us have had the fortune (or misfortune depending on how much time you’ve dedicated to it) to experience the Football Manager series.  As a result one can reel off endless pointless facts relating to the supposed wonderkids of France’s clubs.

I lived in France for a year and had quite a varying experience of French league football.  At the bottom end, the elation of FCO Dijon’s 2010-11 Ligue 2 promotion campaign and Clermont Foot 63’s 2011-12 so close yet so far Ligue 2 title-challenge. At the other end, the heady heights of Stade de Gerland where Les Gones (Olympique Lyonnais) turn out.  My weekend afternoons on the terraces have nurtured a keen interest in French football, at all levels, and a respect for its most prodigious talents.

Recently, Arsenal met Olympique de Marseille in the Champions League, where Aaron Ramsey continued to defy expectations by scoring yet another goal this season.  While the match itself was of very little interest to me (being a Chelsea fan), it was the comments prior to the match made by none other than the famous Alsatian; Arsène Wenger.

Wenger who pundits for French channel, TV1 has been known to wax lyrical about the potential bright future for French football.  The other week, he did so again.  No doubt issuing a warning to his players about the strength of the opposition in their upcoming match.  Wenger was talking about the impact that the foreign billions of Qatar and Russia were having on his native league.  Interestingly, he chose not to denigrate the manner of Ligue 1’s recent rise in prominence, instead stating, “In the French league you have PSG and Monaco who attract top-level world-class players, that means all the best French players go to the other clubs and that makes everybody stronger.”  Wenger seemingly commending the foreign investors for dragging the league out of the obscurity it had been languishing in since the early 1990s.

Ligue 1 is now right back up there with the Premier League, Liga BBVA, Bundesliga and Serie A.

For a while, Ligue 1 had been stuck in a rut regarding its status amongst the top European leagues.  Gone were the days of major international stars romping around the pitch at the Stade Vélodrome for l’OM during famous European Cup ties.  However with this new dawn of investment, the future is surely looking upwards for French football.  Wenger’s comments are indeed interesting and hold a lot of truth; PSG and Monaco, who currently top the table, will have such an impact on the league, improving the quality and subsequently international interest.  Wenger has rightly noted that the wealth of talent fostered in France has spread across a varied selection of clubs, not just at the top clubs, as had been the case previously.

I feel Ligue 1 is the antithesis of the SPL.  Everyone knows that the Scottish league has a long-standing history of trading titles between the two Old Firm clubs.  Ligue 1 on the other hand has, albeit after a seven-year period of Olympique Lyonnais dominance, garnered a reputation for having an unknown and unpredictable quality.  Six different champions in the last six years are testament to this.

Even with the huge investment into clubs like PSG and Monaco in recent years, trying to successfully pick an eventual winner is like playing Pin the tail on the donkey after a particularly heavy-session down your local on Super Sunday.

I for one am eager to get stuck into the season-proper and watch it all unfold; it should prove to be a very interesting season, one full of quality football and hot debate.  Such is the nature of Ligue 1 that I’m sure my predictions will mean sod-all come the final day on Saturday 17th May 2014, but I’m going to take a punt on it a winner and my three relegation teams.  Olympique de Marseille to top the table, PSG fading with too much on their plate regarding Europe and ASM lacking the experience to challenge properly.  Down the bottom end, my top picks have to be Valenciennes (7 losses from 8 games would suggest a rocky campaign), AJ Ajaccio and EA Guingamp.

I do however feel that there is one certainty; we’re not far off seeing Ligue 1 being home to a European champion once again.

4 thoughts on “Ligue 1: No Longer A French Backwater for Major European Football”