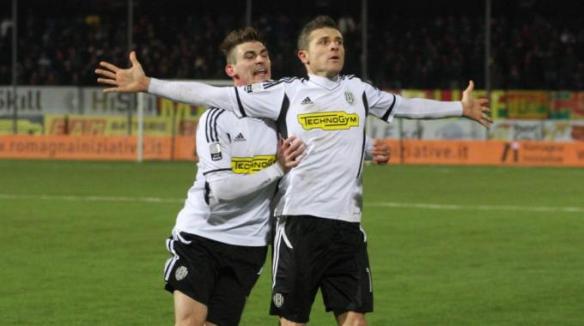 Kyle Hulme discusses his new-found love affair with AC Cesena, and the fortunes of Italy’s Serie B…

Life, it could be said, is measured not in monetary wealth, but in the attachments, the bonds and the relationships we forge during out short time on this planet. For it is these bonds that shape us, mould us and help make us the people we are. And, this time last year, I would never have thought I’d form such a bond as I did with a seahorse.

Okay, so not a literal seahorse per se, but a figurative one. AC Cesena, a side who proudly sport a seahorse on their crest, had caught me hook, line and sinker.

Though that wasn’t the first time I’d been aware of their existence. My usual side of preference in Italy – and a side I am still very much affectionate towards – are Juventus, and I witnessed La Vecchia Signora do the double over the plucky minnows from Emilia-Romagna. And all the while, I couldn’t stop thinking about that startled seahorse on their badge. So whilst my beloved Juventus swept all before them and finished unbeaten in the league, I made a conscious decision: Cesena, the team that finished rock-bottom with a mere four victories all season, would be my official Serie B team.

Over the summer I researched my new team and became quietly optimistic, if not a little overwhelmed, for the upcoming season. Being a Leeds United fan first and foremost, I was used to seeing large turnovers of players, as well as oodles of loan signing and free transfers. But nothing could prepare me for Cesena’s transfer market dealings. You see, Cesena didn’t just sign five or six players. Nor did they stop at 10. Or 15. Or 20. They signed 23 players. Twenty-three. Naturally, whilst all this was happening I was desperately relying on any scraps of information that I could find on my new brethren, with the majority of information coming from stub-articles on Wikipedia or low-budget Italian websites with an overuse of flash animation (picture revolving footballs and waving Italian flags dotted around – yeah, I was that desperate for information).

But from what I could gather, my side had operated quite well in the transfer market; Cesena made signings from various top flight clubs such as Juventus, Internazionale, Genoa, Roma and Parma. One man in particular caught my eye – Davide Succi. Not because I’d heard of him before, but because his nickname was “il cigno”, or “the swan”. A swan playing for the seahorses? I knew this was the club for me. And so as the season got underway, and with the new exciting signings, I sat back and anticipated the immediate return of my new team to Serie A – if the likes of West Bromwich Albion and West Ham do it in England, the same will surely happen for my beloved Cesena. Right?

At the start of the season, I even listed Cesena as a favourite team, meaning that whenever a goal was scored in one of their matches, be it for or (heaven forbid) against, I would receive a notification. That’s how seriously I took it. Though by the end of the first game, it made want to throw my phone against a wall.

On the first day of what should have been a glittering season, Cesena were humbled by the seemingly minnow-like team Sassuolo 3-0 at home (though Sassuolo did go on to win the title). To say I didn’t expect this was an understatement. I acknowledged that on the opening day of the season, an opposing team may want to make some sort of a statement by beating a newly relegated side, but at the fortress Dino Manuzzi? Nevertheless, I wrote it off as an anomaly.

Cesena’s woeful performances continued on, with the side only registering their first win at the fifth attempt of trying. This wasn’t supposed to happen; I pictured my side fighting for one of the top spots by Christmas, yet instead they had lost seven games, winning only four and drawing ten. Though this only served to further fuel my appetite for second-tier Italian football. 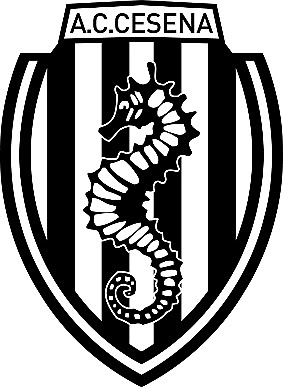 Thankfully, the form of the Cavallucci Marini picked up after Christmas, with the side going on to win five of their six next games. I suddenly had a new-found faith and belief – partly in Santa Claus, as he obviously got my Christmas letter asking for more points in the ritorno campaign of the season, but mainly Cesena. Was a play-off spot too much to ask?

It was. Cesena’s usual lacklustre performances began to takeover, with the side only securing back to back wins once more in the season. Cesena finished the season in the all too mediocre 14th position, though only twelve points from a play-off spot. However, my first foray into supporting a Serie B team left me with more questions than answers; why didn’t Cesena, or indeed any of the recently-relegated Serie A sides, achieve automatic promotion. I found this odd, so I looked into other leagues to see if this behavior was usual.

My research began with looking at sides from the Italian, German, Spanish and English leagues. I looked at the teams that got relegated from the top flights in the 2010/2011 and 2011/2012 seasons, before then seeing which of these sides were promoted back into the top division. The results surprised me.

Of the 24 relegated teams, only 8 gained promotion the following season. Four of these were German, with two Spanish sides and one each from England and Germany.  With my interest in Cesena, I decided to look at what makes German teams more successful than Italian ones when it comes to bouncing back.

Perhaps the biggest factor I saw was in attendances. Germany’s Bundesliga 2 has an average attendance of all teams of 17,000, with a high of 41,000. This is in huge contrast to the average of Serie B, where the average of all teams is 3,000, with a high of 9,000 (coincidentally, league winners Sassuolo had an average of 3,700). This surely has a tremendous effect on why teams are more likely to achieve promotion following relegation in Germany than in Italy; bigger attendances not only give clubs more match-day revenue to invest into the squad, they also play a part in attracting better players, with full stadiums logically more appealing than empty ones. Attendances in Italy have fallen dramatically throughout all divisions over the past few years, whereas Germany continues to be the envy of Europe in this respect – obviously this has a profound effect on the quality of the league and its teams, with the Bundesliga cited by many as now being the best league in the world, and Serie A continually slipping and under threat from the Portuguese league.

The second factor I saw was in terms of finance. In the 2010/2011 season, Serie A received an estimated €892,000,000 in terms of TV revenue, whereas the Bundesliga received €422,000,000. For teams like Cesena, once they are relegated from Serie A they miss out on a large amount of TV money that they massively dependant on. German clubs on the other hand are less reliant on money from TV rights and are effective in raising money from other revenues streams, as shown above with match attendances. The Bundesliga’s financial sensibility and fan-friendly ticketing prices are praised around the world, with the gap between their most expensive and cheapest tickets much smaller that Serie A’s offerings. 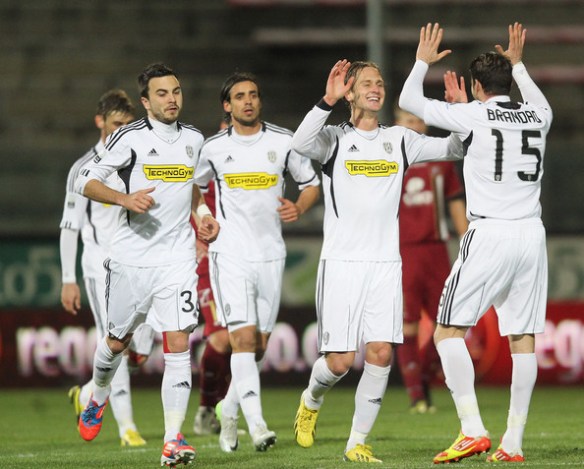 After researching these things, I began to feel quite disheartened. AC Cesena are no FC Koln or Kaiserslauten – they are a small club, with a small fan base and no real history to shout about. I got a sense that I had startled to follow whilst they were on their way back down, rather than on their rise. They truly were unpredictable this year.

But if anything, that’s made my affection for them grow stronger. Whilst teams like Bayern Munich, Barcelona and Manchester United seem to win every week in their ever-predictable domestic leagues, I’ve found solace in Serie B. When everyone is talking about Messi, I’ve found solace in Cesena, in last-minute winners from Davide Succi, and slowly finding out more about teams like Sassuolo and Hellas Verona.

Since I was a child, my father has told me several times “when you follow a team, you stick with it”. And I agree with him.

I’m officially supporting Cesena in their 2013/2014 season. And I’m excited, because I have absolutely no idea how we’ll do this year.