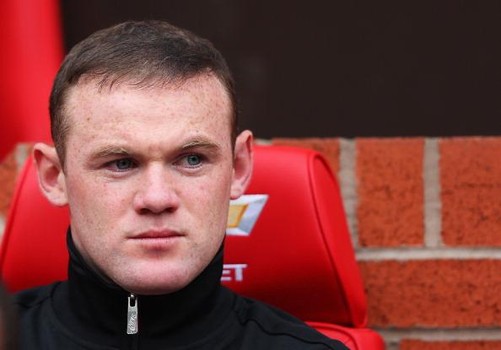 In the wake of Arsene Wenger admitting his interest in Wayne Rooney, The False Nine debutant Jon Wilmore believes Arsenal should do all they can to sign the self-styled ‘last of the street footballers’…

Transitional period. It’s a phrase thrown around a lot in football and for Arsenal would aptly describe nearly a decade of league disappointments. But for themselves as well as their rivals, next season is a unique proposition. It is a transitional period for the entire Premier League.

With Sir Alex Ferguson gone, Manchester United face a challenge without any modern precedent in sustaining the momentum he did his best to leave them with. Their City rivals enter yet another managerial era with their new boss facing an immediate challenge in winning over the fans so faithful to his predecessor. Chelsea welcome Jose Mourinho back with open arms, a reunion which could yet go sour as they remember all the reasons for their uneasy severance last time around. Pipped to the fourth place post at the death yet again, Spurs brace themselves for an onslaught of interest in Gareth Bale and the question of what on earth they’d do without him.

Arsenal enter the summer window in a position unique amongst their fellow elite. They are in a phase of relative stability. They are, for a change, without any grave concerns over the future of a star player. Having secured the necessity of Champion’s League football by the skin of their teeth, they find themselves secure in a position to attract the kind of players they desire. And finally, after years of financial frustration, with their stadium largely paid for and their wage bill under control, they could at last be in a position where they are willing to actually go out there and get them.

A lot of this depends on one man. In Arsene Wenger they have a figure now unparallelled in European football in his familiarity with his current club and time spent nurturing a single crop of players. It may be that this season’s narrow fourth place finish represents the glass ceiling for this crop in their present state. The defensive frailties evident early in the year appear to have been in part resolved by the burgeoning Mersielny partnership, but depth of quality remains lacking throughout the squad. In particular they still lack a goalscorer capable of topping Theo Walcott’s 14-goal league haul, notwithstanding a massive second season upturn in the form of Olivier Giroud.

Notorious in his frugality, Wenger must recognise that now is the time to address these problems. Seeing his long-time nemesis and last remaining elder retire to a life of vineyards and racing tracks must have served as a stark reminder of the mortality of his own career. For years we have been told he has money to spend, but never before has it been so important. There are numerous players who could do wonders for Arsenal who would surely be attracted by the prospect of a London club in the Champion’s League renowned for attacking football, not least a certain Manchester United forward who has found himself usurped by Wenger’s most recent reluctant export.

Whether a Rooney move is feasible remains questionable. United may find it hard to come to terms with selling to a rival, but if David Moyes chooses to start with a clean break from his former prodigy they may have little choice. Arsenal would surely represent United’s preferred outlet ahead of Chelsea and City should the time come to send him to a field with better cows. At Rooney’s own end a huge pay cut would be required – but if he really is ‘the last of the street footballers,’ a man who lives and breathes the game and cannot bear being on the bench, then Arsenal represent the elite side where he’d have by far and away the most influence. He could be thrown straight into their first eleven without stepping on the toes of anybody long-established. His impact could be monumental.

Start next season as they have ended this one and Arsenal could feel like contenders. With their tendency to wake up late in the season when any hint of a title challenge is long forgotten, the measures they take in pre-season will decide if this is possible. At least one of the rivals who must now adapt to a huge transition will do so quickly and re-assert themselves as a superpower. When this happens, Arsenal and Wenger himself could once and for all be left behind.