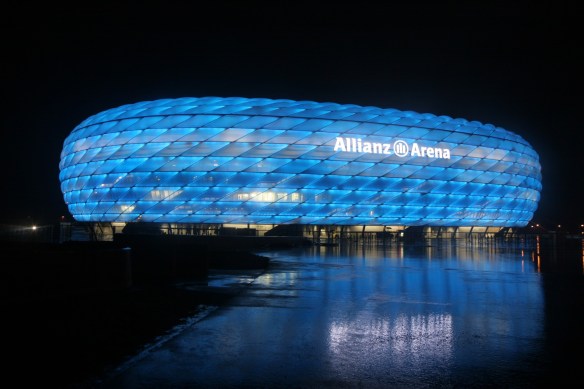 As Pep Guardiola prepares to take over from Jupp Heynckes at Bayern Munich in the summer, Bayern’s fellow Munich club TSV 1860 Munich are also welcoming new coaching staff, or at least trying to. Much will be said about the quality of the Bundesliga by English journalists over the next few weeks. After all, Guardiola turned down lucrative offers from several huge English clubs, and it would not have been surprising to see him at Manchester United or Chelsea. Gushing pieces about the superiority of the Bundesliga model over the English model are nothing new, with English fans left salivating and nostalgic over a fan-driven, economically-fair league. But how are things looking for The Lions in the second division as they welcome Sven-Goran Eriksson (whether he likes it or not) on board in an ambiguous coaching capacity? And how perfect is the system in Germany after all?

Much positive noise has been made over the economic structure of the Bundesliga, especially when compared to excesses of the English Premier League and its rich investors. The Bundesliga’s financial regulations are nowhere near as liberal as the EPL’s. Article 8(2) of the statutes of the Bundesliga expounds the 50+1 rule. The rule is deliberately designed to prevent clubs being taken over by a single rich investor. Under the auspices of the 50+1 rule, club members must retain a majority stake in their club of 50% plus one deciding vote on the board. Potential investors are therefore prevented from owning a majority of a club, and can at most own 49% of one.

The rule is not controversial, but has also not gone unchallenged. Hannover 96 president Martin Kind challenged the ruling a couple of years ago, but 35 of the 36 clubs that fall under its jurisdiction in the Bundesliga and 2. Bundesliga voted to uphold it. Like most rules, it also has exceptions, and several clubs have been allowed to have 100% ownership by one investor. Bayer Leverkusen are owned 100% by the pharmaceutical giants Bayer, and Wolfsburg are owned 100% by Volkswagen.

Bundesliga club Hoffenheim are another example. Thanks to the financial backing of software mogul, Dietmar Hopp, they managed to move into the Bundesliga from the fifth division in under a decade. Prior to Hopp’s investments, Hoffenheim were an amateur club from a village of less than 3,500 people. His generous bankrolling has led to the building of stadia and an ambitious youth development program complete with all the facilities that other top clubs have access to. Even though Hopp technically owns only 49% of the shares, he has structured the club in such a way that close allies are responsible for the rest, therefore allowing him to maintain almost complete control, much like any single-owner EPL team.

In January 2011, Hoffenheim’s manager Ralf Rangnick was forced to resign after Brazilian defender Luiz Gustavo was sold without his permission. In fact, he didn’t even find out about the sale until David Alaba’s agent called Rangnick to inform him that Alaba would be loaned to Hoffenheim as part of the deal. The sale, along with the sale of Carlos Eduardo to Rubin Kazan in the 2010 summer window, was vital in Hopp meeting his objective of making the club a self-sustaining financial entity. In both cases, the club lost key players, and the resultant power struggle that was created within the club between manager and investor were bad for the club’s progress in the league. Indeed, Rangnick’s decision to resign was partially because the loss of key players meant that Hoffenheim’s propensity to get closer to the top was being severely hampered in the interest of money. 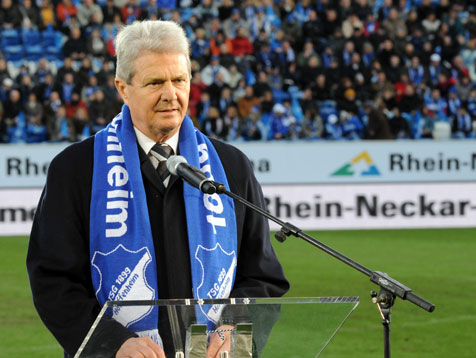 TSV Munich are currently experiencing a similar power struggle. In 2006, they were wallowing in such financial difficulty that they were close to filing for bankruptcy. Thankfully, big brother Bayern was reluctant to let this happen, and bought out TSV’s 50% share in the Allianz Arena, while still allowing them to play there, effectively gifting them €11 million. Once again finding themselves close to bankruptcy in 2011, TSV turned down more help from Bayern but managed to attract Jordanian investor Hasan Abdullah Ismaik. Ismaik is the first foreign investor in a German club, and with €18 million he financially secured the club and got 49% of the voting rights on the board.

Last week Ismaik returned to Munich all guns blazing. Having trashed club president Dieter Schneider in the press and called for his immediate resignation, the Jordanian concluded that he needed to speak with the DFB because, as he puts it, “I cannot work together with this board”. As part of his original investment, Ismaik initially planned three payments of €6.5m to the club in order to see them back in the Bundesliga by 2015. Only one of these payments, however, has arrived, and Ismaik is currently holding on to the rest of the money as leverage over the board. Ismaik also wants to spend big in the transfer window and invest in young African talent in the hope that he can propel them to promotion.

The reason he’s holding back seems to be because he is not entirely enthusiastic about the club’s current progress. Wracked by debt, they sit at a respectable sixth in the league, but have only mustered two wins since September. Manager Reiner Maurer was dismissed for the poor results earlier in the season, and Ismaik is not too happy with his replacement, Alexander Schmidt, who was promoted from coaching their youth ranks. Enter Sven-Goran Eriksson. TSV announced on their website earlier that he’d be joining the club as Schmidt’s assistant, presumably with a view to promoting him at the first chance they get to dismiss or demote Schmidt. But now, in a bizarre twist, the former England boss has denied that he accepted the post, and is claiming he hasn’t even spoken to TSV for about six weeks. 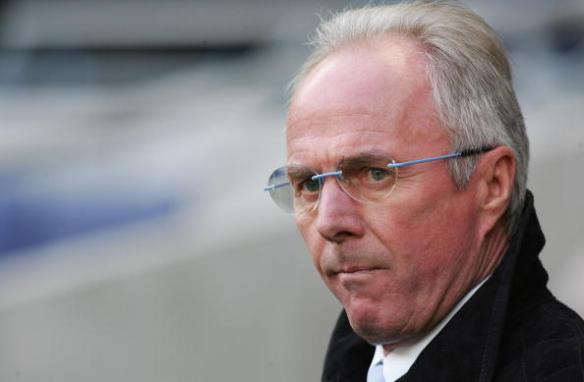 Whatever the situation at TSV, it’s clear that their financial turbulence is far from over, and that the Bundesliga’s first foreign investment experience is not going as well as we would have hoped.  Power struggles are not something we’re used to in English football, but the way the Bundesliga system is set up means that there is propensity for such conflict. In some cases, like the case of Hoffenheim, it results in things we are familiar with: owners being more responsible for transfers than managers.

It’s difficult to get precise debt figures for Bundesliga clubs, but debt levels in the Bundesliga are roughly a third of the level as they are in the English Premier League. Borussia Dortmund, current Bundesliga champions, are one club, though, who have an all too familiar relationship with debt.

Although their debt has decreased significantly in the past few years, despite the fact that the 50+1 rule is meant to stop excessive debt in the first place, Dortmund were in so much of it that they were forced to sell their stadium in 2002 to a real estate trust. The club was left in a ‘life-threatening situation’ by the middle of the decade after high transfer spending and wage bills didn’t translate to league success. Thankfully, kind creditors, loyal supporters and shrewd financial restructuring have managed to steer Dortmund back onto the right track, but the fact remains that financial mismanagement and incurring massive debt was still not unforeseeable under the 50+1 system.

Schalke are another big club whose financial situation has not been as healthy as it should be. They lost over €16m in 2009, and Felix Magath’s dubious squad-strengthening strategy put them even more in the red. Champions League revenues in recent years, as well as a more frugal approach in the market have led to some alleviation, but the overhanging debts from their new stadium and mismanagement are still hampering the club.

A long-term cause for concern might be the fact that the 50+1 rule is only applied to the top two tiers of German football. Hoffenheim have been able to flaunt the rule because their investments came at a time when they were outside of these divisions, and there is potential for other clubs to do the same. Red Bull have recently invested in football clubs in Austria, the USA and Brazil, as well as Germany where they created RB Leipzig in 2009 after purchasing the license of fifth-division SSV Markranstädt. The club are in the fourth division, where they currently sit top. This is largely due to their ability to outspend their rivals, and their squad is certainly worth more than any other in their league. Red Bull’s long-term plan over the next ten years is to engineer a rise akin to Hoffenheim’s that will see RB Leipzig playing in Bundesliga.

Whether you believe Germany’s financial structure is superior to England’s should not get in the way of discussions about some of the failings of the system. It seems to have become a cultural status symbol to say you support the Bundesliga. A declaration of love for it instantly yokes you to certain football-related values, one of which is financial equality and efficiency. But we should not allow the Bundesliga to become shorthand for some impossible footballing paradise that is free of debt and dictatorial single investors. The system presents problems, and is not perfect, and discussion of the problems should preface any claims that it is the system England should adopt in order to fix its problems.