Nathan Carr, editor of The Home of Caribbean Football, looks back at the group stage of the CFU Club Championship…

This year’s CFU Club Championship is the 17th edition since its inception in the late 1990s. Widely regarded as the Caribbean’s premier club competition, it pits the crème of the crop against each other to determine the region’s three representatives at the CONCACAF Champions League (CCL). The Championship has a couple of entry requirements: it is open to all 31 CFU member associations’ league champions and runners-up, as long as their respective seasons finished by the end of last year. Each club must pay a fee by a set deadline, which in this year’s case was 7 January. For 2015, a total of 15 teams from nine member associations entered and were placed in four groups. Here’s how the action panned out… 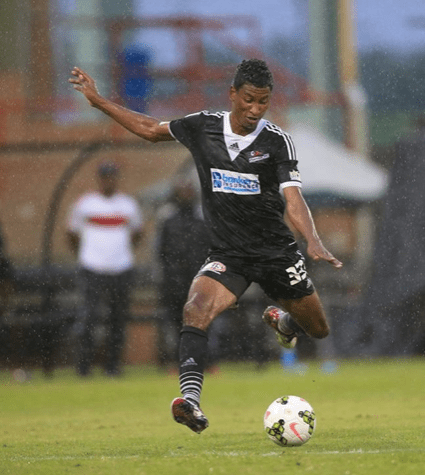 From the outset this group had only three participants because of the uneven number of total teams. It was expected that Guyanese champions Alpha United, a team that featured in last year’s CCL, would battle with Central FC of Trinidad & Tobago for the number one spot, but it was actually the latter that came out on top and secured progress through to the semi-finals. Founded just three years ago by former Soca Warriors defender Brent Sancho, now the country’s Minister of Sport, Central boast a strong squad and are coached by Englishman Terry Fenwick. They play good football and have several stand-outs who have experience playing with the national team, like Willis Plaza, Ataullah Guerra and veteran goalkeeper Jan-Michael Williams. Plaza was the star of the show against Surinamese champions Inter Moengotapoe, scoring two second half goals within the space of four minutes. The Sharks had to follow that win up with another when they faced Alpha, who had also beaten Inter two days previously. This promised to be an intriguing contest: Alpha are coached by the highly rated Wayne Dover and could call upon the likes of Gregory Richardson and Kithson Bain up front. It was Central who prevailed, though, courtesy of two Guerra strikes and a goal from Sean de Silva, a 25-year-old midfielder who is having an impressive season. Two games, two victories for Central and their supporters to revel in. Alpha will feel bitterly disappointed not to at least make it to the next round, but there has been some talk in Guyana that the team’s downfall is a lack of competitive opposition on a regular basis. They breeze through the Guyanese Super League, often chalking up top-heavy score lines, but when they face stiffer opposition from other islands they can struggle. Inter weren’t expected to pull up any trees and they didn’t, failing to improve on their bottom place finish in last year’s Championship. It’s fair to say that this group wasn’t the best organised. It was supposed to have four teams involved, but Jamaican side Waterhouse FC failed to arrange their flight to Trinidad & Tobago because of “financial problems”. They missed their opening game against SAP of Antigua and then Club President, Ricky Chin, decided to withdraw from the Championship, leaving the group with a team down. This allowed hosts W Connection, the defending champions from T&T, to dominate proceedings and qualify with a 100% winning record. Connection hammered Guyana Defence Force 7-1, lanky playmaker Hashim Arcia netting a hat-trick to grab the match ball. And then they again hit seven four days after, seeing off an SAP side that was blown away by the Trinidadians’ strength in depth in attack. Arcia operates in behind Shahdon Winchester, an explosive and prolific striker who spent his pre-season with Chicago Fire in the US. Jomal Williams and Jerrel Britto, meanwhile, provide plenty of energy on the flanks whilst being able to chip in with important goals. The Savonetta Boys are well-equipped across all departments on the pitch and their semi-final clash with arch rivals Central, both hailing from Couva, should be a feisty affair. SAP can take some heart from the fact their teenage prospect Tevaughn Harriette got on the score-sheet twice, and he looks set to feature more for his country this year, having made his full international debut in the 2014 Caribbean Cup. Defence Force were making their debut at the Championship and had trained for nearly two months leading up to the competition, with boss Denzil Thompson even tinkering the system to a 4-1-4-1, claiming “it is a system nobody has ever seen in the country”. Thompson’s tactical shift didn’t pay off, however, as they leaked nine goals. Waterhouse would have definitely challenged Connection much more than the other two, but in the end it was their poor financial state and haphazard organisation which crippled their chances. Despite Waterhouse’s absence, Jamaica still had one representative at the Championship and that was Montego Bay United. They won all three games and topped the group, which was doubly impressive given Carlos Garcia was sacked as manager on the eve of their departure. You couldn’t help but feel Dean Weatherly’s appointment was all a bit last minute, but he has returned for his third stint in four years as head coach. And he’s got off to a flyer. The reigning Jamaican Premier League champions only narrowly beat CS Moulien, 1-0, thanks to a Fabian McCarthy penalty kick just after the hour mark. But they soon got into their stride and convincingly saw off America des Cayes of Haiti, 4-1, before closing out with a routine victory over Suriname’s Excelsior. Montego Bay’s ability to keep things tight at the back gave the more attacking, flair players the freedom to express themselves, and the likes of captain Jermaine Woozencroft and striker Dino Williams did just that. Both will be pushing for a spot in one of Jamaica’s Gold Cup or Copa America squads this summer, so they won’t have harmed their chances here.

America des Cayes missed out on advancing by three points as it was their loss to Montego Bay sandwiched in between two wins that cost them. CS Moulien, flying the flag for Guadeloupe, are traditionally very strong in their homeland but struggled to make a mark against tougher opposition. Moulien’s last appearance at the CCL came in 1995. Similarly to their compatriots Inter in Group A, Excelsior failed to pick up a single point. They have been enjoying a resurgence of late having spent some time in the second tier of Surinamese football, but clearly being away from such quality for only a short period of time has taken its toll. This group was controlled by hosts Don Bosco FC, a club located just outside Haiti’s capital Port-au-Prince. The Haitians made easy work of beating debutants Lyford Cay Dragons in their opener with Jhon Benchy Estama catching the eye, clinching four goals. They used that momentum to overcome US Virgin Islands’ Helenites, 5-1, before completing their 100% winning record by edging out USR Sainte-Rose of Guadeloupe. Don Bosco sent out a clear message of intent and their semi-final meeting with Montego Bay should be very close indeed, as little separates the two teams. Lyford Cay Dragons should feel proud of their second place finish; they’re a club which is making commendable strides, having started out as a school based football programme before becoming a registered member on behalf of the Bahamas FA. What’s more, Lyford were the first Bahamian team to play in the Championship and hopefully they can inspire fellow teams from the island to grow in stature and competition. USR Sainte-Rose, meanwhile, made their Championship bow only last year, but like this time, failed to progress from the first round. The more experience they can garner here, though, the better their prospects in the future. Helenites were the stand-out outfit in the US Virgin Islands last season, but they were ultimately outclassed. For them, it’s about sustaining their domestic success and learning from this experience to come back even stronger next time.

The semi-finals will take place on 22 May, with the finalists securing a spot in the 2015-16 CCL and third place match winner joining them. For more information follow this link.