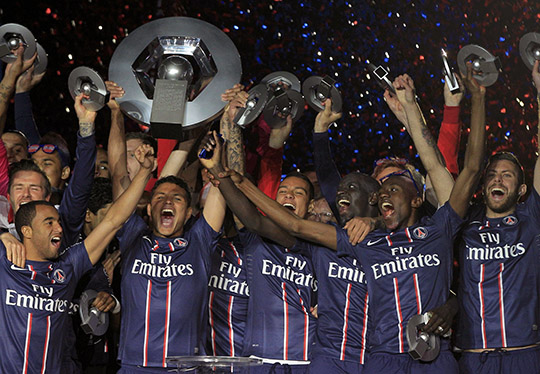 OM finished runners-up, and although they hadn’t exactly been written off back in August they certainly weren’t expected to do as well as they have done. Early season wobbles had many questioning their resolve. Second behind PSG and a Champions League place? They would have snapped such an offer out of anyone’s hand at the beginning of the season, then again, so would’ve most teams. Since succeeding Didier Deschamps last summer, Elie Baup has done well with the team, guided them into the Champions League, and will likely be rewarded with a contract extension thought to already be in the offing. Rumour has is that Joey Barton has been offered the chance to become a permanent fixture in Marseille, with a 3-year deal on the table if he wants it. With a return to relegated QPR  now even less appealing for the controversial Englishmen it makes sense for him to stay. Barton is enjoying his time at OM and recently told the press, ‘for the first time in my life, I’m very happy, really content’. END_OF_DOCUMENT_TOKEN_TO_BE_REPLACED