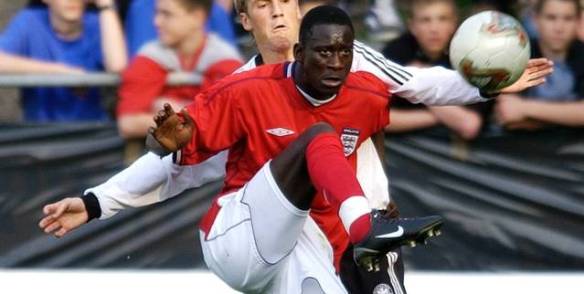 Samba rose to prominence as a 13 year-old in 1998, when he scored 132 goals in 32 games for St Joseph’s Academy in Blackheath. With agents already swirling around the youngster from Peckham – his father claims one agent offered him £25,000 to represent his son – Samba began training at Millwall. It was at the age of 14, that amid interest from a number of top clubs, Liverpool allegedly offered Millwall £2 million for the trainee. He went on a week-long trial at the Anfield giants, and a week later, took a phone call from Michael Owen, advising him to sign on at the Anfield club. END_OF_DOCUMENT_TOKEN_TO_BE_REPLACED