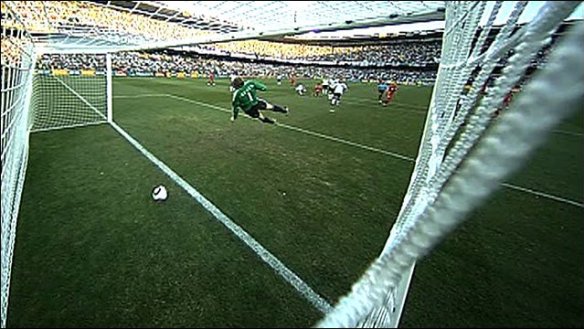 It has never been the wont of Football to keep up with the ceaseless march of technology. A game that often defines itself by its simplicity, emotion and unpredictability is traditionally thought of as being set in its ways, resistant to change, stubborn.

But is football correct to resist the changes that technology brings? What would the effects of referral systems have on football’s dynamic and on the authority of it’s officials? While we can see the obvious benefits of Hawk Eye and video replay referrals in other sports is football too unique in its make up to embrace such systems?

The recent decision to introduce Hawk Eye technology in the Premier League as of the 2013/14 season is remarkable because it has happened at all. The amount of time it has taken for football to adapt a system successfully used in cricket and tennis for the last five years is baffling to many who claim it is impossible to doubt the potential of technology in clarifying official’s decisions. END_OF_DOCUMENT_TOKEN_TO_BE_REPLACED