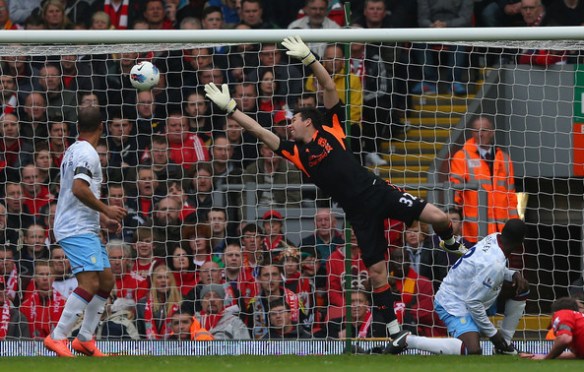 The False Nine editor James Dutton remembers Doni’s time on Merseyside, and his chastening trips to England with Roma…

How do you assess the impact of a goalkeeper who played nine games on English soil, but only four of them for an English side?

A goalkeeper who conceded seven goals on his first appearance in 2007, and was sent off in his seventh, which arrived fully four years later.

A goalkeeper whose departure from these shores was shrouded in mystery and intrigue, only for it to later emerge that he had suffered a heart attack during a routine medical.

That is Doni’s lot.

The Brazilian was the unfortunate goalkeeper on the receiving end of Manchester United’s 7-1 humbling of AS Roma at the quarter final stage of the 2006-7 Champions League season. His fortunes in this country have followed a similar narrative. END_OF_DOCUMENT_TOKEN_TO_BE_REPLACED