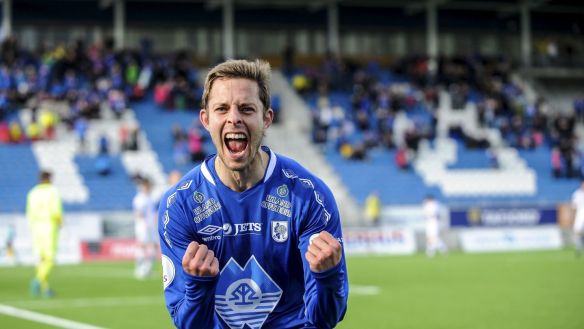 Faced with several unappealing loan moves, Shroot decided instead to cancel his contract and go it alone. Having made one brave decision, he took another and cast his eye further afield in an attempt to fulfil a lifelong ambition of playing abroad. “The opportunity came up to go to Sarpsborg, Brian Deane’s club. I went there for a week and it was great”, he recalls of his first experience in Norway. Deane and his assistant Ian Burchnall, who is now at Viking Stavanger, were a huge help and he took to his new environment immediately. “It was really refreshing to experience a new football culture and I really enjoyed it.” END_OF_DOCUMENT_TOKEN_TO_BE_REPLACED