Song has proved to be something of a coup: if his move to Barcelona seemed a little bizarre, a touch above his pay grade, then it should still be accepted that West Ham is a little below the level that the football community might have expected to drop down to. That shouldn’t be taken as any disrespect to West Ham, especially given their excellent form throughout the season so far, so much as an indication that his status as something of a joke figure in English football was misplaced. END_OF_DOCUMENT_TOKEN_TO_BE_REPLACED

Arsène Wenger described it as “a dream”. Such was the romanticism of Thierry Henry’s goal against Leeds United, it really did seem too good to be true. In what had been a particularly drab FA Cup tie, it was the Premier League’s greatest ever showman that set it alight. The allure of football is built upon these magic moments and it summed up so much about one of the sport’s most intriguing stars.

Henry had made a tearful return to his former club the week before to unveil a bronze statue of his celebration against Tottenham. For a man who by his own admission does not show emotion, it was a remarkable sight seeing the Frenchman welling up. There was a sense that this was a different Henry that had returned from America, one who was now wearing his love for the club proudly on his sleeve.

The buzz in the Emirates that night was electric. Excitement grew around the stadium as news trickled through that Henry would be on the bench. Consequently, the events on the pitch merely seemed like a warm-up act until the star attraction was due on stage.

With the sides still locked at 0-0, Wenger called upon his former protégée to make the difference. This faith, as it had been so many times already, was to be rewarded once again. As ‘12’, Henry’s new number, was displayed on the Fourth Official’s board, the stadium was blinded by a wall of flashing cameras. The superstar, on the first night of his comeback tour, was ready to perform. END_OF_DOCUMENT_TOKEN_TO_BE_REPLACED 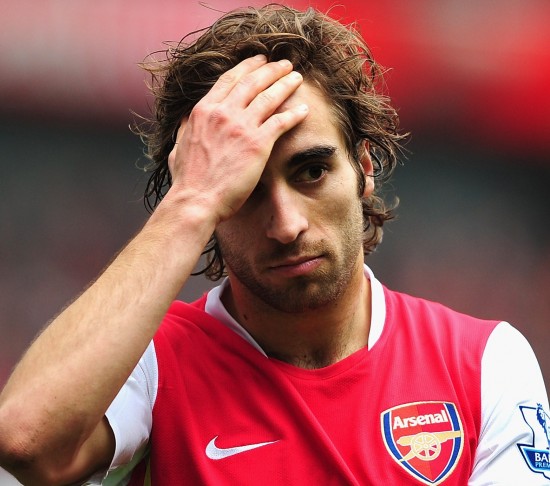 In 2008, Mathieu Flamini was arguably one of the best central midfielders in the Premiership and a key member of an Arsenal side that should have won the title that season. Two years previously, he had demonstrated his versatility by filling in at left-back in a Champions League campaign that took Arsenal to the final. Yet just this summer, Flamini became a free agent and was forced to take a significant wage cut to re-join AC Milan. His is a cautionary tale that the grass isn’t always greener. END_OF_DOCUMENT_TOKEN_TO_BE_REPLACED