Hugo is co-founder and editor of The False Nine and a contributor to When Saturday Comes, In Bed With Maradona, Late Tackle and the Arsenal Collective. He can be found following his favourite clubs: Arsenal and Dulwich Hamlet.
Embed from Getty Images

A look at some of the other Premiership managers at the time of his arrival reveals much about the football landscape. Ron Atkinson, David Pleat, Jim Smith…many of Wenger’s rivals were of the old school and he came in as an unknown outsider. Not only did his nationality mark him out as different, his last job had been at Grampus Eight in Japan, a role he’d taken to challenge himself and to experience a change of culture.  END_OF_DOCUMENT_TOKEN_TO_BE_REPLACED

The celebration that followed was a wonderful touch of self-awareness. There were shades of Robbie Fowler and Paul Gascoigne as Rooney showed the ability to laugh at himself – as well as the morning papers. It also served as a massive release for a player who has endured a significant amount of criticism over his career. END_OF_DOCUMENT_TOKEN_TO_BE_REPLACED

Last season, Middlesbrough made the rather brave managerial appointment of Aitor Karanka. While a refreshing change from the same old names on the British managerial merry-go-round, Karanka had never managed a league game before he arrived on Teesside. His credentials were based on his time coaching the Spain U-16s and three years spent as Jose Mourinho’s assistant at Real Madrid. His Real appointment was even something of a surprise for Karanka, who had never worked with Mourinho before. The recommendation had come from former Bernabeu teammates, Luis Figo and Clarence Seedorf – high praise indeed.

One year on and Karanka is doing an excellent job at Boro. His first season was one of stabilisation and ensuring the club didn’t slip further down the table. They were in the bottom half when he joined but he guided them to a 12th place finish. This season has been a different story, however, and Karanka is beginning to put his own stamp on the club. Middlesbrough are top of the Championship following their defeat of Blackpool on Tuesday night and are now 10 games unbeaten. END_OF_DOCUMENT_TOKEN_TO_BE_REPLACED 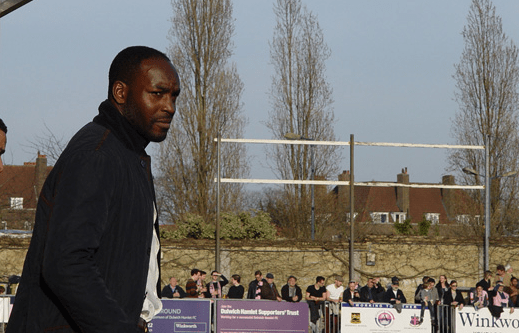 One institution who are trying to combat this is South London’s ASPIRE Academy. The Academy, founded by Dulwich Hamlet manager Gavin Rose, began in 2002 and its mission statement is to provide a football and educational programme for 16 – 18 year old males, to pursue their dream of playing professional football whilst also furthering their education. Dulwich play in the Ryman Premier Division, the seventh tier of English football, but the academy setup is the envy of many professional clubs. END_OF_DOCUMENT_TOKEN_TO_BE_REPLACED

In the first part of a new series, Hugo Greenhalgh reveals why the Andy Kellett move is a damning indictment of player development in English football…

Anecdotally, it’s a brilliant story. Local boy gets shock move to European giants. It is little wonder Andy Kellett thought Manchester United’s move for him was a ‘wind up’. Theories did the rounds that Jim White had misread ‘Sheffield’ as ‘Manchester’ on Sky Sports News. The whole matter seems totally implausible, yet beneath the surface Kellett’s loan actually serves as a damning indictment of youth football in this country.

The January window saw seven young United players head out on loan to clubs in the Football League. This is where the emphasis now lies with youth policy for the big clubs; the U-21 Premier League offers little in the way of a challenge as the players are simply competing within their age group. Conversely, the Football League allows them a test outside their comfort zone, both mentally and physically. They get the chance to work with more experienced players than their contemporaries in the youth team and compete against tougher, stronger opponents. END_OF_DOCUMENT_TOKEN_TO_BE_REPLACED

Ironically, the Englishman who may follow in his footsteps to Rome is once alleged to have uttered the words, “Who’s Gazza?”. Ravel Morrison has been strongly linked this week with a move to Lazio and given the stuttering nature of his career so far, there are certainly worse places he could go right now. Italian football could offer a fresh start for Morrison and allow him to come back a stronger player. He is too good for the Championship and other Premier League sides seem reluctant to take a punt on his precocious talent. END_OF_DOCUMENT_TOKEN_TO_BE_REPLACED

In Greek tragedy, the term hubris refers to ‘excessive pride or self-confidence’ leading to nemesis, a moment of divine retribution. While the gods don’t appear to be shining on either Brighton or Fulham much this season, as soon as Darren Bent cupped his ear to the travelling support as he opened the scoring, it seemed inevitable it would come back to haunt him. This was the fifth time Bent has scored on his debut, having also done so for Charlton, Sunderland, Aston Villa and Fulham, but it was not enough to seal the points which Sami Hyppia’s side so badly need. Bent’s celebration seemed to galvanise Fulham and they came back to win 2-1.

Since losing the talismanic Leonardo Ulloa to Leicester, Brighton have struggled to find the net this season. Indeed, their top scorer is defender Lewis Dunk. Bent’s arrival on a one-month loan was one of great excitement, a proven goalscorer with a point to prove after being left out in the cold by Villa manager Paul Lambert. This was his first goal since February and Bent’s mind will surely be on the January window and the possibility of sealing a move back to the Premier League, although he will of course be hoping to take Brighton out of the relegation zone in the process. END_OF_DOCUMENT_TOKEN_TO_BE_REPLACED