This would very much have been in Corinthians’ financial planning when they sanctioned the purchase of the Pato Branco born forward. Whilst ‘Pato’ is indeed Portuguese for ‘duck’, his nomenclature derives from his city of birth. His actual name, Alexandre Rodrigues da Silva, is a string of very popular and widely used Brazilian names, so ‘Pato’ is used to identify him in the same way that Ronaldinho is called ‘Ronaldinho Gaucho’ and the two famous Juninho’s are known as Juninho Paulista (of Middlesbrough fame) and Juninho Pernambucano (who played for Lyon).

Corinthians have an excellent reputation for rehabilitating players with questionable fitness records and they have certainly nursed Pato back to health. The knee and thigh problems that dogged him in Italy are a thing of the past. The impish forward played 157 games in his three years back in the Brasileirão. (Due to the archaic presence of the state championships alongside the national league, the majority of top flight Brazilian teams play a minimum of 60 games a season).

However, when Timão signed off on the fee and the salary to bring 23-year-old Pato back home, they would have been banking on a big sale to recoup their outlay. This partially explains the naked desperation of their actions in their attempts to auction him. Every other day, Corinthians were linking his name to prestigious English clubs to create the illusion of interest. They hired Kia Joorabchian, representative to the likes of David Luiz, Ramires, Oscar and the man who bought Mascherano and Tevez to Brazil, utilising his network of contacts to create interest.

Corinthians’ CEO Roberto de Andrade confessed this week that the deal to send him on loan to Chelsea was less than satisfactory and that they have merely ‘parked’ a significant headache. Because the transfer to Corinthians turned into a disaster, despite a goal on his debut and a goal in his first Libertadores match for the club. It is difficult to imagine a player / coach mismatch as pronounced as Alexandre (pronounced “Aleshandre”) Pato and Tite. Tite is a coach that demands a high energy approach, counter attacking at speed and tactical discipline. Pato is an individual capable of moments of inspiration, but with a low physical threshold.

To compound matters, Pato was largely played as a lone striker in the 2013 season. He lacked the physicality for such a role and frustrated his manager with his low intensity. Corinthians registered possibly the most tedious season of football ever served up by a single team in the 2013 season. They finished 10th, scoring only 27 goals and conceding 22 in their 38 league games. They were involved in ten 0-0 draws. It was eye watering fare, not only tactically alien to a player like Pato, but bereft of the sort of imagination and inspiration he likes to provide. He is not a tactical player, he is a ‘moments’ player.

This could have simply been viewed as a strategic mismatch and another illustration of Brazilian board of directors’ largesse. Brasileirão is pockmarked by expensively acquired ‘marquee’ signings, with little thought given to how they might fit into a team. Often these signings are made by directors with commercial revenue enlarged in their frontal lobes. Just last year, Fluminense ripped up Ronaldinho’s contract after nine matches when it became clear that shirt sales alone could not justify the presence of a wheezing passenger.

However, Pato rather complicated the situation with reports of a lax attitude to training. Initially, as he floundered, his coach defended him publicly. In May 2013, Pato missed two presentable chances in a league match with Goías, earning opprobrium from the club’s supporters.

“This pressure comes from his high transfer fee. But football is not only about money,” argued Tite defensively, “If it was just about money, we would not have won Libertadores last year.” In early June, he again suffered a profligate performance in front of goal against Cruzeiro.

Again, Tite jumped to his defence, “I always look at the other side. It is necessary to recognise that (Cruzeiro goalkeeper) Fábio had a very good game, it was his merit. If Pato had missed, I would ask him to improve. But today was Fábio’s credit.”

However, Tite’s patience snapped in September. After an injury time 1-0 defeat to Botafogo in Rio, a game in which Pato was a 69th minute substitute, Tite prepared to read his ailing team the riot act. Pato was not present for the team meeting called for the next day. He stayed in Rio because had tickets to see Beyonce perform at the Rock in Rio festival.

Pato found himself on the bench with regularity as relations with Tite became glacial. In October Corinthians played out yet another 0-0 draw with Grêmio in the Copa do Brasil quarter-final, sending the game to a penalty shootout. Pato was Timão’s fifth taker and needed to score to keep the shootout alive. He attempted a ‘Panenka’, which was weakly executed and easily read by his ex-Milan teammate Dida. The club’s only chance of silverware and of a Libertadores spot (in Brazil, the Copa do Brasil winners qualify for the Libertadores) disappeared. Tite’s patience snapped.

The manager reportedly raged at his hapless striker, brandishing him “an irresponsible kid.” 48 hours later, Gazeta Esportiva newspaper ran a poll asking whether Pato ought to be sold, to which 87% of respondents replied in the affirmative. The running of this poll and the leaking of Tite’s seething rage felt like something of a stitch up. It was clear Corinthians wanted to cut ties, but Pato was considered damaged goods. There was simply no prospect of selling him and recouping any of their £12m outlay. In January 2014, angry Corinthians fans burst into the training ground with iron bars, demanding to be directed to the ex-Milan forward. He simply could not stay.

In February 2014, a two year loan deal was agreed with city rivals São Paulo, with playmaker Jádson moving in the opposite direction. During his two years at São Paulo, Pato’s form improved, but only relatively. He progressed from poor to inconsistent. He started slowly under Muricy Ramalho, finding himself on the bench behind Luis Fabiano and Allan Kardec, which ended his fading hopes of World Cup selection. (He was last capped for Brazil in October 2013, trialled as a false 9 by Scolari). But during June and July of 2014, he threatened renaissance, scoring 7 in 9 matches. Ramalho’s criticism of Pato was a little more measured than Tite, which Pato appeared to respond to.

“Football today gives much more importance to the team, and that’s what he needs to realise,” Ramalho opined, “The word team is essential, and so it is necessary to work all the time. It is important to run without the ball, and he has to understand that. He has talent, but needs to put that thought in my head that is fundamental. You see the big players running 13 km per game, helping without the ball.”

However, that brief scoring run seemed to end once the European transfer window closed and, once again, clubs passed up on gambling on his talent. Corinthians continued to try to auction him, they had an agreement with São Paulo that they could terminate the loan in the event of concrete interest from European clubs. At the end of 2014, São Paulo signed Kaká on loan and his stardust appeared to rub off on Pato and especially Ganso, as the Paulista club briefly threatened to challenge runaway champions Cruzeiro for the title.

However, Pato ended the season with a pulled hamstring. He struggled to relocate his mojo in early 2015. Happily, he did find a nurturing presence in the manager’s hotseat. Ramalho had left the club, citing health issues, replaced by Colombian coach Juan Carlos Osorio. With Kardec and Luis Fabiano injured, Pato shouldered much of the centre forward burden alone as his Timão hell threatened to repeat itself. Pato confided in Osorio that he did not enjoy the physical rigours of the central striker role, so Osorio relocated him, indulging him with a free role from the left. Here, Pato was given creative license and little defensive responsibility. 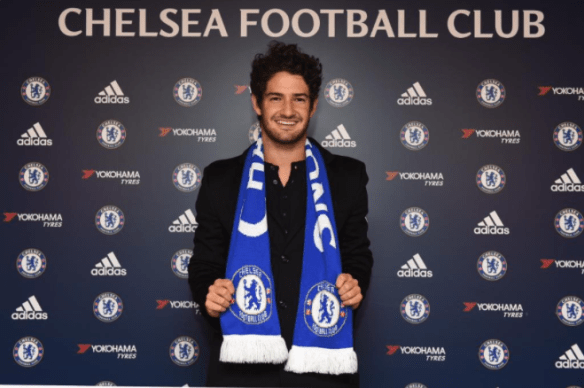 This suited Pato, his form improved and talk of a recall to the Seleção recirculated. Indeed, the player, who is often critiqued for low self-esteem, embarked upon an atypical public relations bid to win his place back in the national side. With the likes of Robinho and Diego Tardelli removed from Dunga’s radar in China, Pato sensed an opening.

“I don’t see anybody better than me,” he chirped, “I can help either as a false nine or out wide on the right or left. But that will depend on Dunga.” Unfortunately for Pato, Dunga rather shares Tite’s sergeant major approach to football management and Pato’s carefully scripted words fell on deaf ears.

35-year-old Santos forward Ricardo Oliveira was preferred, with Hulk recalled from the international wilderness. The day Dunga’s squad was announced and Pato was omitted, São Paulo played a home match against struggling Chapocoense. It was the only Brasileirão game scheduled for that evening, attracting a larger than usual television audience as a result. This was Pato’s chance to throw Dunga’s decision into question. Pato floundered and was substituted after 57 minutes as São Paulo whimpered to a 0-0 draw. Dunga would have rested easily in his armchair that evening.

Pato was substituted 16 times last season by Tricolor, only one of those occasions owing to injury. This illustrates his low intensity and poor energy levels. In terms of ability, Pato, still only 26, is by far and away the most talented player in the division. His inconsistency grates as a result. It’s difficult to shake the impression that he just doesn’t try hard enough often enough.

He did however refuse a huge salary in China to play for Chelsea. A move back to Europe has been his ambition ever since he packed his bindle and returned home to rebuild his career. Maybe this new opportunity at Stamford Bridge will prove to be the jump cables for his ailing career, but Chelsea’s strength and conditioning team might have their work cut out for the next few weeks at least to bring him up to speed.

Tim is a columnist for Arseblog.