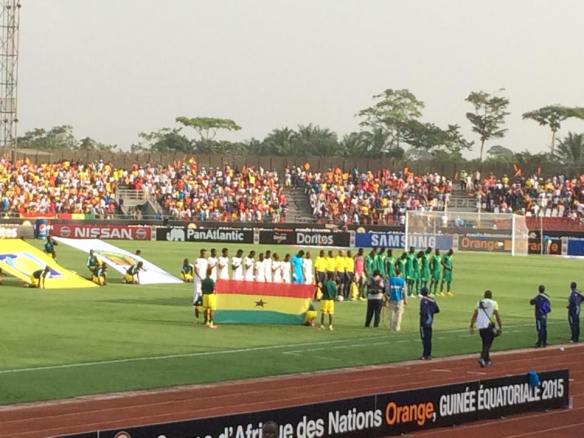 But misconceptions about African football run deeper than not knowing which teams are in form. There are two myths that have somehow survived about the game on this continent that have very little basis. First, that the standard of refereeing here is significantly lower than in the European game, and secondly, that the goalkeepers are something of a joke.

Neither could be further from the truth. Let me address the goalkeeping first. During the first game in Group C, between South Africa and Algeria, Darren Keet, the Bafana Bafana keeper, pulled off an outrageously good save, first blocking Islam Slimani’s backheel before pushing the follow-up onto the cross-bar. It was breathtaking.

The BBC live commentary acknowledged the brilliant save, with a snide aside – the goalkeeping up to this point had been ‘nursery’ they claimed.

It was a lazy stereotype, unnecessary and incorrect. Keet made several good saves, while Rais M’Bolhi in the Algeria goal also pulled off a stunning stop to deny Doncaster’s Dean Furman from 25 yards.

Cameroon’s Joseph Ondoa made a couple of brilliant saves, particularly one to deny Bakary Sako on Tuesday night.

Kennedy Mweene was excellent to deny Congolese forwards on several occasions. It is true that Mweene – widely regarded as one of the best keepers in Africa – did have one dodgy moment, spilling a straightforward cross at the feet of Dieudonne Mbokani. But, for the most part, the standard of his, and all the keeping has been very high.

Yes, African keepers tend to punch more than catch. But we should be used to that by now – most Europeans are the same, outside of England.

During this competition they are further hindered by a couple of horrible pitches – in particular Ebebiyin and Mongomo, where Senegal keeper Bouna Coundoul was forced to shovel a regulation back-pass behind for a corner when is hit a divot. The standard of shot-stopping on pitches where almost anything can happen, has been extraordinary. And that’s without the Nigerian goalkeeper, Vincent Enyeama, one of the best in the position in Europe at Lille, who is absent because his country failed to qualify.

So, the next time someone makes a comment about African goalkeepers, assume they haven’t actually been watching African football. 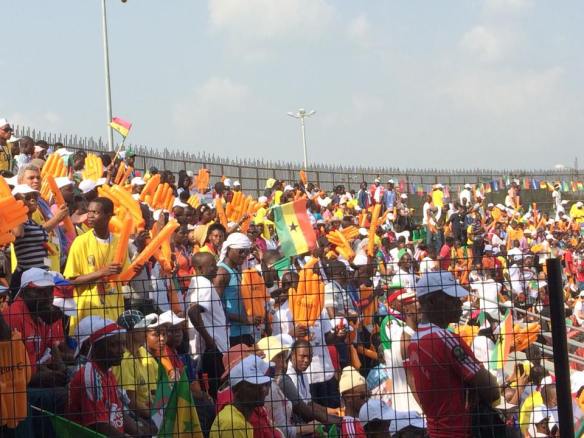 Now onto the refereeing. Referees everywhere in the world are unfairly judged – controversial decisions, even when correct, are highlighted as ‘mistakes’ by some fans, players, managers and pundits.

But African referees are particularly poorly thought of. Perhaps this is because of corruption scandals that have dogged some leagues on the continent – understandable then, but again, lazy.

At the highest level, African referees are comparable to those around the world. Professional in their preparation, excellent in their performances. The decision-making at this Afcon has been generally excellent.

Perhaps Cape Verde’s Heldon shouldn’t have been awarded his penalty against Tunisia, but at speed it looked a stone-waller. So did the foul that resulted in the same player going down earlier in the game – but that time the official correctly identified that it was outside the box. Both calls were near impossible – one was just correct, the other marginally wrong. Both times the official was perfectly placed.

Similarly in the opening game there were two marginal mistakes – both offside calls against Emilio Nsue. The goal which stood, was offside, the one that was ruled out, marginally off. No harm done.

But that’s it. In the first eight games of the competition, I can identify just three big calls that were incorrect, all of them extremely marginal. Almost every other decision, and certainly the major ones, have been excellent, while each and every referee has managed the games well. The Premier League – itself one of the best officiated competitions in the world, despite what certain pundits would like to tell you – would be delighted with that.

On Tuesday night, Mali thought they had scored, deep into stoppage time. As Sambou Yatabare dived to head home the rebound from a Seydou Keita free-kick, the stadium erupted. It was precisely one of those situations we are told that African referees are scared to give decisions. But up went the flag, correctly and immediately. The Malian fans – and some of the Malian press box – were outraged. But Yatabare had strayed half a yard offside. It was a brave, and superb call. And it summed up the standard of the opening round of matches.

Jonny is in Equatorial Guinea covering the AFCON for The Sunday Times, MailOnline and anyone else who will pay him. He made an exception for The False Nine.

One thought on “Myth busting the Africa Cup of Nations”