Jonny Singer delves into the mortality of sport, laid bare by the events of the past week…

It has been a horrible week to work in sport.

When the news broke last Tuesday that Phillip Hughes had been hit on the head and was in a coma, it shook me, but, I hoped, perhaps even assumed, he would survive. People just don’t die playing cricket.

Waking up on Thursday to headlines of his death, it was shocking. The world has paid tribute, and nothing I can say will be as eloquent or fitting as the comments made by those who knew him best.

Brothers in arms, RIP mate. I will always walk out there forever knowing your by my side. Love you BRAZ!! pic.twitter.com/Qxq2Jy0Pyx

Cuz I miss you so much, never has someone had such an impact on my life, my career, my outlook. devastated and upset. Love you bro #RIPPhil — Nick Compton (@thecompdog) November 27, 2014

On Saturday morning, a further disaster in cricket, as an Israeli umpire, Hillel Oscar, was killed in a freak accident. In a sport where the risk of death is not even a passing thought, two deaths in a week is unthinkable.

Finally, on Sunday, in very different circumstances, the news trickled through, first on Twitter, then elsewhere, that a Deportivo la Coruna fan had died after clashes before a game with Atletico Madrid.

Three sporting deaths in the mainstream news in a week. Not pleasant. I know I am not alone amongst sports fans and journalists in being profoundly upset by them.

In a purely rational world, these deaths shouldn’t really affect us too much. We all know that people die all the time. Many of those deaths are preventable, some even the result of our own lifestyle choices – after all, we in the most affluent countries could, and should, do more about the number of deaths stemming from abject poverty the world over.

Phillip Hughes was young and talented, but plenty of young people die unexpectedly, and I’d hate myself if I thought that talented people deserve my grief any more than untalented ones.

The Israeli umpire died in a freak accident, but so do people the world over, in car crashes and factories, crossing the road and swimming in the sea.

Violence of all types kills people – should it be any sadder because they were fighting about football?

Indeed, if we thought deeply about death – the sheer randomness and inevitability of it – as often as we perhaps should, we’d probably end up being pretty sad quite a lot of the time. And yet, usually, we don’t. We put it from out of our minds.

So why should these three deaths, of people we never knew, and in two of three cases had never even heard of, be so upsetting?

For me, and I realise this might sound deeply shallow, it’s because sport is both my reality and my escape. I genuinely spend my days acting as though Louis van Gaal’s comments about Wayne Rooney matter. I earn my living by writing about whether Arsene Wenger should be sacked (he shouldn’t, in case you were wondering). I can spend whole weeks believing that the pros and cons of international breaks is the big issue of the week.

It is superficial, and yet for many of us, it is life. It is our passion, our obsession, our conversation starter and our belief system. It is the first thing we think about when we wake up, and the last thing we talk about before we go to sleep.

And when the other things in our lives become too much, when friends get ill, or families have fights, or relationships come to an end, it is also our escape.

The innate triviality of sport is vital to its appeal. There is something deeply comforting, to the desperate fan, in knowing both how important your team’s performance is to you, and how unimportant it is in the great scheme of things. The world ends with every defeat, and hope is reborn with the next fixture.

There is a comfort in writing about sport, knowing that while you are informing and entertaining people, in the wider world what you are doing isn’t harmful or ‘important’. Your world, for better or worse, is divorced from reality. 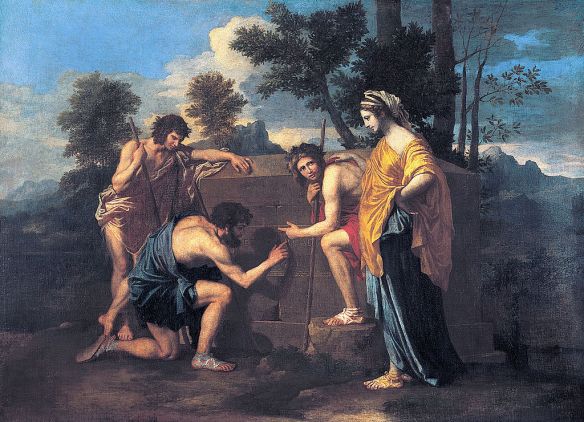 So what business does this ‘reality from reality’ of ours have in becoming too real? Where is our escapism, when the place we escape to stops being trivial?

Even in the Arcadia that is our sporting life, death is there, a rude reminder of the outside world. Inevitable, unavoidable, unfair.

The news cycle will rotate, helped by a midweek of Premier League action. The raw pain that Phillip Hughes’ death has caused will begin to dissipate for those of us who knew him only as a sportsman, and not as a person. The Israeli umpire will fade away into something we, 3000 miles away, remember, rather than something we think about. Violence in football will become an abstract conversation, a subject for debate rather than mourning.

But, this week, that bubble of escapism was burst and the real world got in. That, rather than the actual pain of the events, is what makes these deaths so hard to take for those of us so far removed from the individual tragedies.