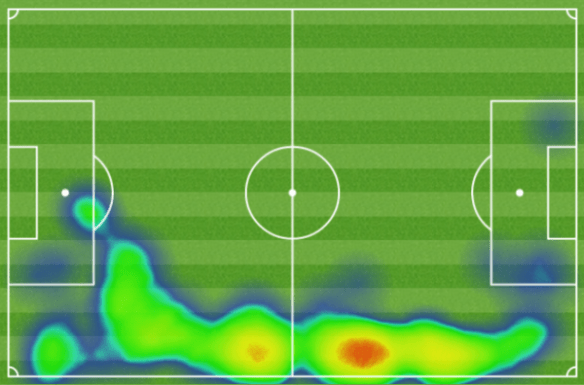 Football has always been surprisingly suspicious of new technology. How long after cricket did we finally start seeing Hawkeye technology used for goal line disputes (it’s so simple and they also keep pigeons off the pitch)? Will football ever join the majority of professional sports that use television replays? Or is a can of shaving foam the only form help we’re willing to give the men trying to do the impossible job? While the authorities have treated scientific advances and their potential applications in the game in the same way that my Nan treats her mobile phone (used at arms length and with a look of worry on her face like it might explode in her hand), everyone else connected with the sport is embracing it with open arms, and no one more so than the statisticians.

As far back as 1996 some keen beans were using state of the art computers and software to compile in-depth statistics for use on Monday Night Football in the form of the Opta Index. New, exciting percentages were shedding a different light on players’ contributions and tactical decisions. Fans started talking about percentage of successful tackles when championing hard man Neil Ruddock or average shot velocity when discussing who can thrake it harder: Van Bronckhorst or Paul Scholes. I remember thinking how difficult it must be for a human to collect the data unless you are a football-obsessed Raymond Babbitt character. It turns out that it is in fact a combination of unbelievably complex computer programing and human data gatherers who analyze football games with the same scrutiny the NSA analyze your emails.

Broadcasters quickly lapped up all these juicy numerical facts and still do to help add factual gravitas to their pundits’ opinions, although there is only so much you can do to dress Andy Townsend’s own brand of commentary mutton as intellectual football lamb. Journalists dig up percentages to make or break perceptions and more significantly apply irrefutable blame. Bookies can hone their odds even more accurately and even create whole new categories to bet on: Which player will have most touches in the middle right sixteenth of the opposition half with their left foot, place bets now!

Technology, however, seems to have outpaced even the statisticians uses for it, with the most recent inventions having dubious practicality and, seemingly, just being an example of digital showboating. I recently saw Gary Lineker trying to say something meaningful about a graphic that showed James (Jam-Es) Rodrigues’ touches in Colombia’s game against Greece and it just looked like someone had emptied a set of checkers pieces onto a Subbuteo table. Adrian Charles’ co-pundits do well at finding something meaningful to say in response to his asinine questions at the best of times but when faced by the outline of a football pitch with a smudge of WKD-fueled vomit on it they are predictably lost for words.

The TV producers are desperate to show off their toys to the viewing public without thinking through if they fit the narrative of the conversation the host is trying to conduct with his guests. Of course when properly used they can be very illuminating but context is key, as the numbers don’t always tell the same story. One might have thought Rooney had a good game against Italy in Manaus out on the left seeing as he ran more than all but two of his team mates and got the assist for Daniel Sturridge’s goal. Until, upon hearing that none of those eleven kilometres were in the direction of Leighton Baines and he only had 7 touches in the box leaves you feeling more unsure of what really happened than the morning after a night out with Tony Adams and Paul Merton circa 1990.

Famously it was this sort of insightful data that was used by Billy Beane the General Manager of the Oakland Athletics baseball team in his “Moneyball” (still makes me snigger) approach and many football teams employ Opta’s services for analytic purposes. Perhaps someday a mathematical formula will pick teams and managers will be replaced by mathematicians. Maybe if Graeme Souness had only had Opta’s help he might have avoided signing the hilariously infamous Ali Dia. One thing is for sure, there are people out there in the football world getting 110% out of technology if not statistics.