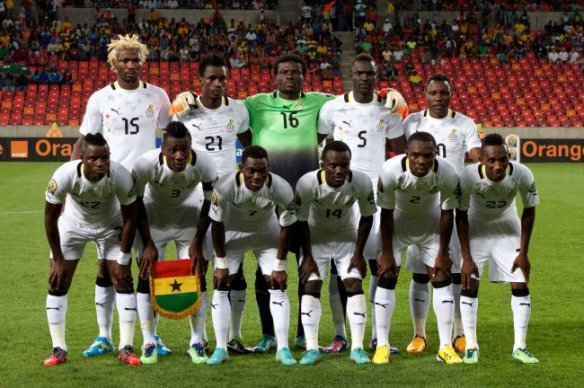 The unluckiest African side after December’s draw have to be Ghana. A group containing Germany, Portugal and the USA has left their hopes looking bleak, and they’ll need to play out of their skins to make it to the knockout stages. That said, they should still give all three sides decent games, and undoubtedly have a big result or two in them.

Lining up in a 4-2-3-1, the defence is the area causing the greatest concern. Neither Adam Kwarasey nor Fatau Dauda have made the #1 shirt their own, whilst in front of them the defence looks potentially suspect. John Boye and Jonathan Mensah offer a staunch central combination, but the squad lacks a naturally left-sided defender. The key to this Ghana side is the holding midfielders, most likely Emmanuel Agyemang-Badu and Michael Essien, or Sulley Muntari if Essien is deployed in central defence. Nullify these two players, and the Ghanaian threat will be severely diminished. In front of them, Kevin Prince-Boateng, Kwadwo Asamoah and Christian Atsu can all threaten defences, whilst Asamoah Gyan remains the squad’s outstanding attacker, despite playing his club football in the UAE. Majeed Waris offers an alternative, having impressed for Valenciennes this season.

Ghana’s first game against the USA is must-win, given the two games that follow. Win it and the confidence gained will give them a real chance of making it out of the group. Anything else and they will struggle. Unfortunately, a repeat of 2010’s heroics look fairly unlikely. 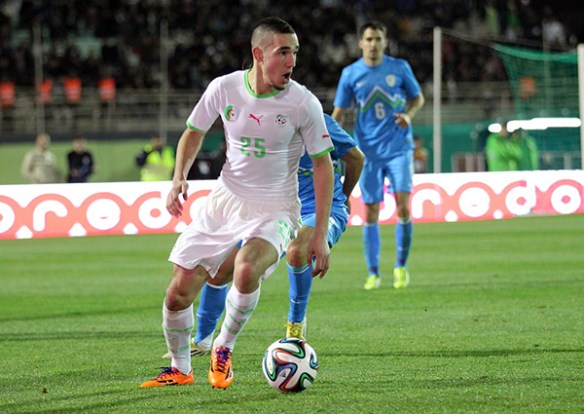 Perhaps the most intriguing African side in Brazil will be the Desert Foxes. Having been drawn in a relatively kind group, against Russia, Belgium and South Korea, a youthful, but also inexperienced Algerian side will be aiming to reach the knockout stages of a World Cup for the first time.

They will most likely line-up in a 4-1-4-1 formation, morphing into a 4-2-3-1 formation when on the attack. Coach Vahid Halilhodzic will rely on the strength of two banks of four, with an anchoring midfielder player in between, to keep out the likes of Eden Hazard and Romelu Lukaku for Belgium. The defensive midfielder will be Tottenham youngster Nabil Bentaleb. Born in France but declaring his allegiance to Algeria this year, Bentaleb has just three caps to his name thus far, and this represents a huge tournament for him. In the centre of midfield, the real talent is Valencia’s Sofiane Feghouli. Despite playing primarily as a winger for Valencia, he will operate in the centre of midfield for Algeria, and be given licence to attack and join the front man, Sporting Lisbon’s Islam Slimani. Slimani has impressed since the turn of the year, winning himself a place in the Sporting starting XI and scoring 4 times in 4 matches in March in response.

Defensively they will be marshalled by Madjid Bougherra, who will have to be at his best to keep Lukaku at bay in their opening game. A result there may not be imperative, as the following game they will face South Korea, a game the Algerians will see as winnable, before the final game against Russia. As an outside bet, Algeria look a good candidate to reach the knockout stages. If they do however, they will most likely come up against Germany or Portugal, who will surely prove too strong.