Pele’s bold prediction of 1977 has fallen somewhat short in the intervening years. The furthest an African team has reached is the quarter-final – the Roger Milla-inspired Cameroon side of 1990, and Ghana in 2010, denied by penalty heartbreak for Asamoah Gyan. This time around, Pele’s prophecy looks unlikely to be fulfilled. That said, in Nigeria and Ivory Coast, they boast two potential heavyweight’s in Brazil, whilst an enigmatic Algerian side will be joined by perennial challengers Ghana and Cameroon. 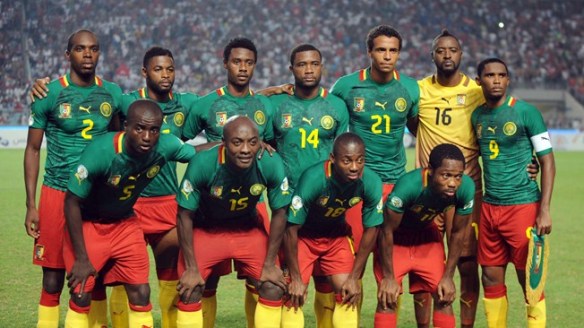 Cameroon represent something of an enigma going into the tournament, evident from their build-up. Stability has been at a premium, and their journey to Brazil was even threatened by a row over bonuses, seemingly now resolved. A 2-1 defeat to a Paraguay side that failed to qualify for the finals hardly raised hopes of success, but the following 2-2 friendly draw with Germany outlined the potential in this Cameroon side. They showed intelligence on the ball and good structure off it, and were unlucky not to score another goal or two.

The spine of Cameroon’s side is strong. Charles Itandje takes the number one jersey, off the back of some impressive displays for the Indomitable Lions. Nicholas N’Koulou of Marseille and Aurelien Chedjou of Galatasaray form a strong central defensive partnership, whilst steel in the middle of the park is provided by Alex Song, Joel Matip and Stephane Mbia. Up front of course is the veteran Samuel Eto’o, a free agent but fresh of what can be described as a reasonably strong season for Chelsea, second only to Eden Hazard in Chelsea’s scoring charts, who showed his continued class in Sunday’s match. Whilst workmanlike however, Cameroon’s problem is finding creativity. Their midfield is stocked with too many similar players, and coach Volter Finke’s 4-3-3 formation is devoid of any high quality wingers. That said, the wide players deployed by Finke could well threaten. Eric Choupo-Moting will likely start on the left, and scored in both fixtures leading up to the tournament, whilst hopes will fall on Vincent Aboubakar, fresh from an excellent season at Lorient – he will start on the right.

Clearly, with Brazil and Croatia to follow, the opener against Mexico is must win for Cameroon. They have the potential to surprise, but look unlikely to make it out of the group. 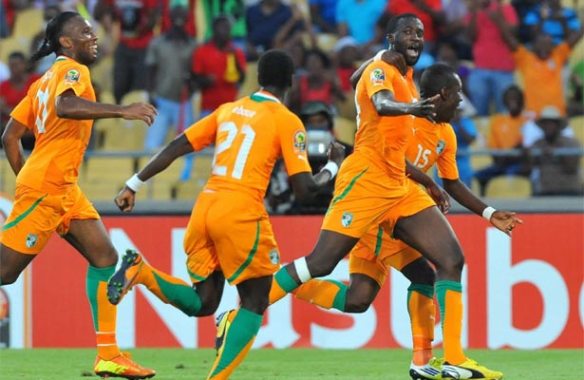 The perennial underachievers in Africa, this tournament appears to represent the last hurrah for the so-called Golden Generation on the world stage. At 36 and 33, this will certainly be Didier Drogba and Kolo Touré’s last tournament, whilst at 31, it could well also be Yaya Touré’s. Unlike the previous two tournaments, the Ivory Coast have been handed a kind group and have a real chance of progressing. Going forward their talent goes without saying; Drogba remains an immense threat, and in Wilfried Bony, they possess his long-term replacement, fresh from a hugely impressive debut season at Swansea City. Gervinho and Salomon Kalou offer outlets on the wings, whilst Yaya Touré will be of immense importance, having been one of Europe’s stand-out midfielders this year. It’s defensively where concerns will remain. Veteran keeper Boubacar Barry may be experienced, but is hardly a top level player. Kolo Touré showed this season he has a mistake in him, and he’ll most likely be partnered by Didier Zokora or Sol Bamba. Arsenal target Serge Aurier offers strength at right back, with Arthur Boka at left back.

The opener against Japan in Recife will be crucial, with group favourites Columbia to follow. Drogba and co will surely fancy themselves however against a Colombian defence which may well give away chances. They’ll fancy themselves to have enough to make it out of the group, but a difficult potential last sixteen clash against one of Italy, England or Uruguay will probably finish their tournament. 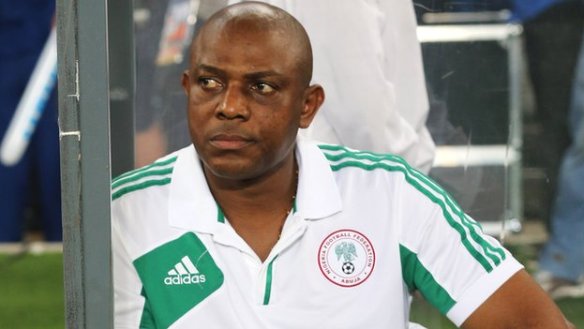 Africa’s best hope of progression in the tournament most likely rests with Nigeria. Drawn alongside Argentina, Iran and Bosnia & Herzegovina, Stephen Keshi will be sorely disappointed if the Super Eagles fail to reach the knockout stages. Since taking the job, Keshi has sought to lower the average age of the Nigerian squad, whilst also to motivate a dressing room reportedly riven by disharmony and big egos. He has done so spectacularly, winning last year’s African Nations Cup and qualifying for the World Cup with ease. That said, a disappointing 2-1 defeat to the USA in their final pre-World Cup friendly will have served as a reality check, with key defender Elderson Echiejile ruled out of the tournament through injury.

Intriguingly, three starters from last year’s African Nations Final – Brown Ideye, Ikechukwu Uche and Sunday Mba, who scored the winner – have not been chosen in Keshi’s final 23, a symbol of his willingness to make big decisions. Keshi has assembled a strong team, with a well-organised back four backed up by Vincent Enyeama between the sticks. John Obi Mikel is the key man in the midfield three of Keshi’s 4-3-3, allowed greater freedom to attack than in his role at Chelsea. Up front, the imposing Emmanuel Emenike will lead the line, flanked by Victor Moses on the right, and most likely either Ahmed Musa or Peter Odemwingie on the left-hand side.

Nigeria will need to start strong, as they won’t want to require anything from their final game against Argentina. A win in the opener against an uninspiring Iran side is a must, but Bosnia will represent a greater challenge. They should be looking to get out of the group, with possible opponents France or Switzerland potentially beatable should this Nigeria side gain a head of steam. Last sixteen looks most likely, but the quarters aren’t such a remote possibility.