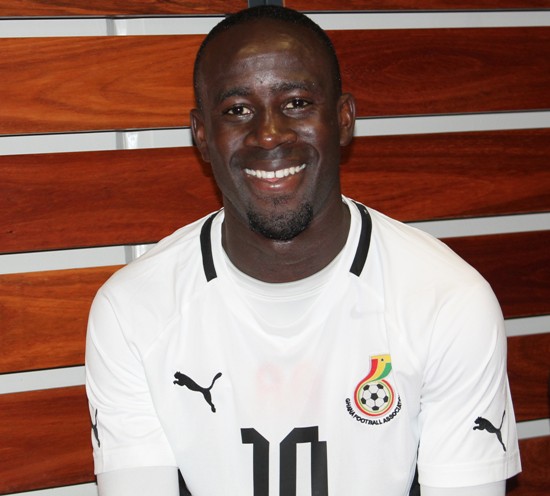 Albert Adomah currently plays for Middlesbrough but he started out at another ‘Boro, five divisions lower, in the Isthmian Premier with Harrow Borough FC. Adomah used to have kickabouts with his local street wardens when he was a teenager and they encouraged him to play for a Sunday team. This lead to trials at Harrow Borough, in North West London, who Adomah signed for while he continued to take a painting and decorating course at a local college.

After two full seasons at Harrow, impressing scouts with his pace and crossing, Adomah made the move to League football in January 2008, signing for Barnet. Lots of clubs continued to show an interest but he moved on to Bristol City in 2010. Adomah holds a Ghanaian passport and after two seasons at Ashton Gate, he received an International call-up.

With Bristol City set for relegation from the Championship, Adomah transferred to Middlesbrough for £1 million last summer. His first season was impressive; he was their top scorer last campaign and he’s become popular figure among fans who voted him to 2nd place in the Player of the Year Awards after captain George Friend. He has a knack for giving humorous interviews and made a lot of friends on the last day of the season as he danced on the pitch with Yeovil Town’s cheerleaders.

However, Adomah’s popularity at club level hasn’t been replicated at an international one. While Ghana fans are familiar with the likes of Essien and Boateng from watching them in the Premier League or in Europe, Adomah’s progress in the Championship has probably been harder to track. He is more of an unknown quantity, and while he was accepted as part of the 30, there was genuine surprise and annoyance that Adomah had made the 23, especially after his poor performance in the recent friendly against Holland. There is speculation that coach Kwesi Appiah chose Adomah for personal rather than professional reasons.  Even if this is the case, there is something to be said for having an obedient player on board and Adomah certainly seems like a likeable man too.

Ghana’s non-league connections don’t stop at Adomah. The Right to Dream academy was founded in Ghana in 2000 to give African children born into poverty the chance to realise their sporting potential. A few years ago, the academy launched a partnership with the University of the West of England’s Hartpury College and began to send graduates there on scholarships. Hartpury is a sports specialist university and it was seen as a good environment for this group of young Ghanaian prodigies to continue their development in England. Naturally, they wanted to play competitivefootball alongside the course but issues with their student visas meant they would not be able to register with any clubs in the Football League. Therefore, they started playing for local non-league sides. Abdul Warris, one of just three strikers named in Ghana’s 23, played for Forest Green’s reserves during his time at Hartbury. He scored 36 goals in 21 games while at the College and has just spent the season on loan at Valenciennes from Spartak Moscow. 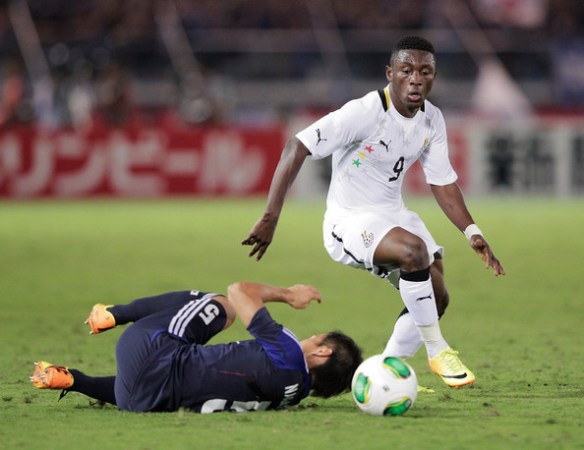 One of Waris’ teammate at Hartbury was David Accam, who made the provisional squad for this World Cup. Accam now leads the line for Helsinborg in Sweden, but scored his first competitive goal for Ledbury Town against Dudley Town in front of 86 people.  He is a little less refined than Waris and has less experience at the top level, but expect to hear his name again in the future.

In the tradition of Stuart Pearce, John Barnes and Chris Waddle, England will also have some non-league representation at the World Cup. Manchester United defender Chris Smalling began his career in the Isthmian Premier at Maidstone United, where he made a name for himself as a talented young centre-back. He was also selected to play for England Schoolboys whilst at Maidstone, alerting a number of League clubs. After a move to Middlesbrough fell through due to Smalling’s concerns of homesickness, he signed for Fulham in June 2008.

Second-choice goalkeeper Ben Foster started at Racing Club Warwick, in the Southern League Division One West, before joining Stoke City. While he was there, he had loan spells at Tiverton Town and Stafford Rangers, in order to further his development. Thus, Smalling and Foster’s first experiences of football were very different to the likes of Daniel Sturridge, Jack Wilshere and Ross Barkley all of whom began at Premier League clubs and were thrust into first team action after some brief run outs in the reserves and loan moves to big clubs like Bolton and Leeds.

It is worth thinking about these players and the often unspoken-of world below the 92 during the tournament. Seven years ago Adomah and Smalling were playing in the seventh tier and in 2014 they find themselves on the way to the World Cup. Adomah in particular embodies the “meteoric rise”, from non-league to League 2 and then the Championship. He may even get another chance to wear the number 10, as he did in last year’s Africa Cup of Nations, made famous by Ghana’s greatest ever player Abedi Pele. Adomah’s story is a reminder that somewhere out there, there are a handful of non-league footballers who will play in 2018, 2022 and beyond.