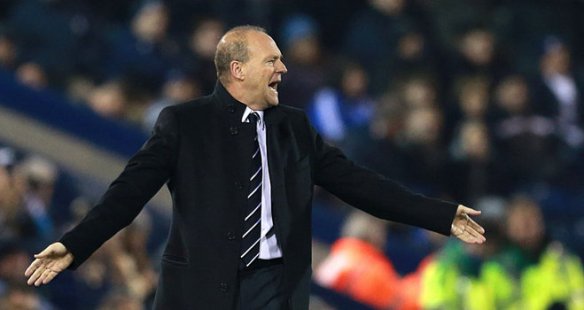 The season just gone produced some of the worst defending I’ve ever seen from an Albion side. No communication, no solidity and certainly no familiarity as injuries to key defenders meant that the defence had to be tinkered with more times than the manager would have preferred.

But injuries cannot be used as an excuse, for the summer spending on Diego Lugano and Goran Popov was horrendously misplaced. When Lugano played, he looked extremely susceptible and was all too slow to deal with the high line that Pepe Mel tried to bed in. The Uruguayan has cut a maligned figure ever since his performance away to Aston Villa, where he was ran ragged by Villa’s attack. As for Popov, his early days in an Albion shirt looked bright but a series of catastrophic mistakes and daft decisions led to him being labelled nothing more than a waste of space.

Ben Foster provided at least some consistency in between the sticks, but even he was side-lined for eight weeks early on in the season. The main defensive issue has been at full-back where Liam Ridgewell and Steven Reid give it their all, but simply aren’t up to the required standard. Ridgewell improved in the latter stages of 13-14 but on the whole he was caught out by wingers just far superior than him. Reid looks to have wrapped up his playing days now and it appears he is set to take up a coaching role in some capacity at the club, which is best because he was on his last legs.

The dependable duo of Jonas Olsson and Gareth McAuley didn’t have a particularly stellar season; the former playing with complacency at times and you can’t help feel he will be off to a bigger club soon. In recent seasons the defence has been successful because of a recognised back four, with Olsson and McAuley at the crux of it. But there’s been too much chopping and changing, mainly injury enforced, which had a clear effect on the team leaking more goals than usual last season.

Roy Hodgson was a great appointment in strengthening the defence, working on team shape, moving across the pitch. He created an effective formula in selecting Olsson and McAuley as the regular central defensive pairing, and cleverly switched Jones to left-back. Steve Clarke’s focus was on loading the wings and counter-attacking, not so much in defence – although, to his credit, we didn’t concede too frequently in his debut campaign. 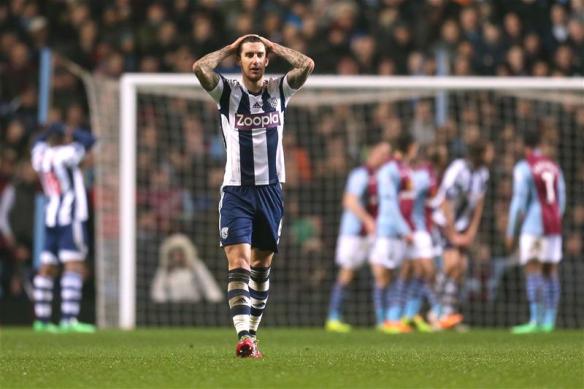 You got the impression that Mel’s game revolves more around pressing, chasing and passing than working on the defensive shape. He tried to install a high line, whereby the back-line squeezes up the pitch and leaves a whole load of space in behind, but soon changed this when he realised what was happening. The worst example of this was away at Swansea, in the form of a 5-3-2 system, and Ridgewell and Reid were horribly exposed.

Craig Dawson has revelled in the heart of defence when he’s played, and didn’t look at out of place when he filled in at right-back in the last few games of the season. Then you have Billy Jones, an energetic and steadily improving right-back, whose season was blighted by injury but he was heavily influential when he featured. He rejected a new contract offer this week, seemingly ready to move on, which means he’ll leave on a free transfer this summer. If this does happen then it means the club will be bereft of a right-back (excluding Dawson) and with Popov likely to leave, the left-back spot will be dented and will require attention.

This summer window is going to be very important, especially in terms of assessing and addressing the defensive department. The goalkeepers, Foster and Boaz Myhill, are fine as they are. A right-back is an obvious necessity because Dawson is most comfortable in the centre and can’t be relied upon to regularly play there. I’d like to see Ridgewell drop in as cover and a new left-back arrive – Aaron Creswell of Ipswich was linked last year – and then there is the centre of defence. Olsson and McAuley are on the last year of their contracts so will the club renew them or not? Dawson will be pushing hard for a starting berth while Lugano really isn’t very useful and is demanding an awful lot of money. Get rid of him, and bring in a younger, speedier understudy to boost the squad.

Last season saw the worst combination: lack of attacking spark, and no defensive backbone. It was always going to turn out sour.