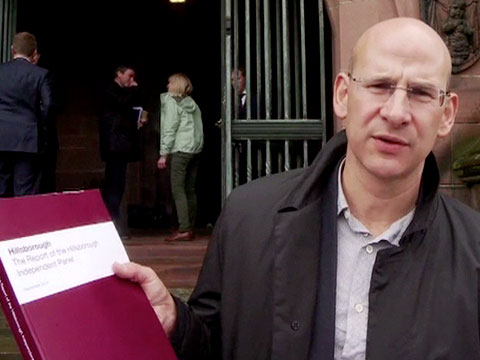 Bearing in mind his reputation, and recent Sports Journalist of the Year award at the British Journalism Awards last month, I threw him in right at the deep end. Are sports journalists scared to criticise sport due to their closeness to the game? A sharp intake of breath follows. “Actually, I think that statement is both unfair and outdated.”

He went on to debunk the idea: “There is a myth that sports journalists are too cosy with everyone, the players and the clubs. But actually, if you look at it, there is a lot of very high quality, very good sports journalism around, and much more investigative pieces than there have ever been.”

“Get a copy of the Guardian from 1980 and you’ll see that there just wasn’t the space for it,” he says. “Today there is a demand for this sort of reporting, more so than ever before.”

Despite Conn’s extensive work for the Guardian and the Independent on the issues behind sport, there are still relatively little column inches and airtime surrounding the politics of football, compared with match reports and Premier League predictions. Conn appears in a minority of journalists who look into these issues. Should there be more investigative sports journalism present in the media?

“There’s a widespread view among football fans who think that. But sports journalism isn’t just the match reports anymore,” he insists. “It’s the background, the hard news, the profile pieces, the money. I do think that has been shown in recent work. Owen Gibson has been writing fantastic things about human rights abuses in Qatar, for example.”

That demand for a variety of coverage makes it harder to write extensively and accurately about, then, especially with regards to the impartiality of reporters, I state. One of the sports journalists Conn met at the British Journalism Awards earlier this month, Luke Edwards from the Daily Telegraph, was banned from coming into the Newcastle grounds for writing about dressing room divisions within the team. “That relationship with the clubs is very difficult to maintain, and people underestimate that,” says Conn.

“As a sports journalist to be out on the beat, interacting with the club, is hard,” he defends. “Say you’re covering it for a local [paper], you might travel with them, you will see them very regularly, and write about them a lot. Whatever you write, you’re going to have to see them again the next day.”

Is it true that the more regarded you are as a journalist, the more difficulty you face in confronting authorities about injustices within your chosen field? Conn admits he too has faced resistance in getting stories, right from the beginning of his career. “You just get used to it – it keeps you alive to the fact that you have to be balanced in what you write.”

Conn’s story about Liverpool FC’s purchase of houses surrounding the grounds in order to expand Anfield brought him up against some resistance. “Liverpool declined to comment, so I went to the Housing Association, I went to the Land Registry, I went up to Liverpool and talked to the people who were living there. These aren’t opinion pieces I’m writing, we like to let the readers make their minds up on the big issues.” 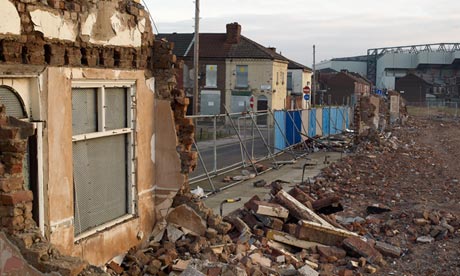 “Of course there are some people who will have an agenda, and will want that agenda promulgated. But we are supposed to report the truth, people expect that of us. You just hope people have grown up, and can see that we have a free press now.”

And what of his investigations, his reporting of wage inequalities and injustices in football? Where does he begin looking at these issues? His tricks of the trade are supposedly pretty simple. “There’s no magic and mystery to it,” he insists. “A lot of my sources are public.  You can’t FOI the FA, for example. You just have to see what there is, and go out there and talk to people. That’s it.” He makes it sound so easy. Is that it?

“But you have to have the facts to stand up what is going on too,” he adds. “There’s that good old phrase, ‘comment is free, facts are sacred’. We want to get the privileged information, the accounts, the stock market declarations, information from club owners and the stadiums. You get those to back it up.”

I speculate with him that this is down to the internet; there is more space to write these stories for an online audience. He agrees, but also emphasises the awareness of fans in the business behind the sport. “Football has lots its innocence, and now they are much less willing to take things at face value.”

Football is political then? “Yes, there is a financial and a political aspect to football, as a business. Journalists should, though, have confidence in what they believe is right and wrong, when writing about these issues.

“I remember the gut feeling when Manchester City first announced their take over, and that they were going to float it on the stock market… it didn’t feel right. You have to consider this gut instinct in what you write.”

As a relative outsider to sport, and to football, I ask Conn whether there truly is this perceived divide between views of the game as a force for good, and a vehicle for violence and hooliganism, and how accurate these simplistic perceptions are. “Sport is something that we are all ingrained to do, and to love doing. It’s a basic human instinct.”

“It’s partly due to the over commercialisation of football too,” he adds. “The phase ‘inelastic demand’ is what everyone talks about; the way football exploits people to make money, encourages this negative aspect.”

Considering the huge pressure of money on football, I wonder if fans still own football, or if it is more about the name of the game, the business and the profit, that is at the forefront of how the public see sport.

“But at the end of the day, we still call them clubs don’t we?” Conn points out. “Even if they are owned by other people, other organisations, or if, like Swansea, they are a co-operative. The ideal of sport being owned by the fans is what it should be, but it’s still not practically possible at the moment.”

“It’s no longer, the ‘people’s game’; cheap to go and see, no one making a huge profit, loads of people turning up – even without active marketing – just to feel a sense of belonging to something. It should be this positive experience, but it’s not how it used to be.”

Despite this suspicion of the game in Conn’s words, it is this work that must be continued if sport is to continue to dominate agendas around the world. There is little doubt Conn’s investigations will continue to splash the sports headlines this year as we draw closer to the World Cup. It is the hope for many fans, that as journalists who love football, there will continue to be people like Conn who will challenge the official line, dig beyond the surface and expose vital issues within sport previously buried under match reports and goal analysis.

David Conn is a sports writer for the Guardian: @David_Conn.