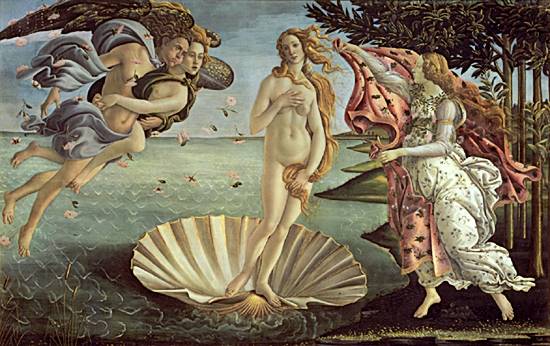 In her first piece for TFN, Liz Heade of The Thinking Woman’s Football Blog gives us a team of Italian Renaissance Artists…

1-4-3-2 Formation – Being an Italian side, nothing short of a traditional catenaccio system can be contemplated.  It will employ a withdrawn Libero (the terrifying CARAVAGGIO) and fast wing-backs (the swashbuckling youngster PARMIGIANINO and the lithe and powerful VERONESE) capable of getting the ball forward quickly to the ultimate Trequartista (LEONARDO da VINCI) and the flair No 9 (the exquisite finisher MICHELANGELO).  The side will be managed by the great Florentine architect, goldsmith and mathematician Filippo BRUNELLESCHI, the Enzo Bearzot of the 15th century.

Dark, broody, magnificent, unfazed by the mightiest of undertakings, Tintoretto of Venice was famous for the grand gestures of his art, his arranging of muscular bodies and his use of daring perspective.  If ever there was a man destined to marshal the defences of a traditional Italian catenaccio, direct to greatest effect the bodies in a crowded penalty area, and make perspective-defying saves, it is surely the great master of the Scuola Grande di San Rocco.

Central to the structure of the team is the employment of an enforcer, a Libero who takes no prisoners.  Milanese by birth, Caravaggio was more at home amongst the labourers, gypsies and prostitutes of Rome, whom he painted into his biblical allegories and Church commissions – never afraid to scandalise his Vatican employers.  He is reputed to have killed a man (this is way beyond Stoke on a January night), but while there is always the danger of another red card and lengthy ban, he is still capable of conveying the exquisite pass, the delicate chip, the match-winning mix of light and shade that distinguish him from the run-of-the-mill sweeper.  And no opposing striker will want to face this cut-throat.

An attacking wing-back in the mould of Giacinto Facchetti, this supreme fresco painter, creator of the monumental Supper in the House of Levi (for which he was called to account by the Catholic Inquisition for painting “buffoons, dwarfs and drunken Germans” at The Last Supper), Paolo Veronese gets fans on their feet with his electrifying forays into the opposition half, and he will add goals as well as assists.  And he did face-down the Inquisition without even earning a yellow card, so his defensive skills are unquestionable.

Andrea Palladio, the great architect of Rome and the Veneto, provides the Paolo Maldini role in our defence – calm, unhurried, a great analyst of the game, he has reinvented the classical, elegantly-proportioned style and provides the perfect (stuccoed) building blocks at the heart of defence; often copied, never equalled.

Solid, provincial, good with animals, Jacopo Bassano is happy to do the unglamorous work in this team of aesthetes.  He will play the Franco Baresi role to Palladio’s Maldini, as well as providing much-needed cover for his young friend Parmigianino at set pieces.

The precociously-talented and speedy Francesco Mazzola (not a coincidence he should share that name with a footballing dynasty), Parmigianino (“the kid from Parma”) has been a first-team player since his teens.  A great fresco painter, his Diana and Actaeon (goddess turns man into stag and has him torn to pieces by her dogs) shows why this boy must be taken seriously as a defensive lynchpin. 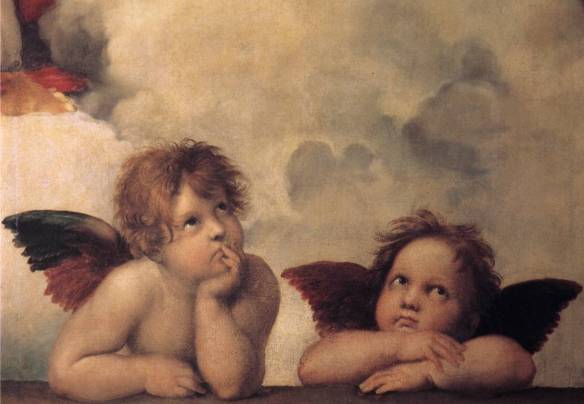 Cultured aristocrat with an educated left foot and a natural charm, Raphael is an undoubted genius, but also a perfect foil to the team’s more explosive talents.  Possessing refinement, grace and an ability to sweet-talk Popes and noblemen, the genius behind the School of Athens, Raphael will take on the roles of captain and diplomat, alongside his deep-lying central role, providing stability to allow for the wing-backs to gallop forward and, along with Titian, the beating heart of midfield.

A controversial pick, but being the preferred artist of the powerful De Medici Family (think FIFA meets Berlusconi and then some) Botticelli provides the political gravitas to ensure the team will rarely be on the wrong end of refereeing decisions.  His crowd-pleasing works – Allegory of Spring and Birth of Venus – will also add some boyish charm to our heavyweight midfield.

The creative midfield maestro, Titian will take the Pirlo midfield Regista role; handsome, bearded, authoritative, loved by Venetian nobility, Emperors and Popes, he will provide the sexy football in our XI, being just as happy to turn his hand to voluptuous nudes and scenes of Bacchanalian rapture for private collections, as he is to the altarpieces and public portraits which have made him as rich as Croesus.

The ultimate Trequartista and creative playmaker, Leonardo is artist, inventor, technological wizard and scientific visionary.  Master of beauty, movement and design, if he did fill one of his scientific notebooks with observations on the beautiful game (not as fanciful as you might think, Calcio was played in Renaissance Florence, and its rules codified in 1580), they are sadly lost to us, but what remains of his drawings of man, beast and fantastical machines, suggest a No 10 with a masterful control of time and space in the manner of Zidane, allied to the artistry of Bergkamp, and the inventiveness of Pele.   Maradona meets God.

Has there ever been a centre forward with a more steely determination, a more assured belief in his own unparalleled talent, or with a surer eye for goal, than the great sculptor, painter and architect Michelangelo?  No respecter of authority, having ignored the will of Julius II to impose his own vision on the ceiling of the Sistine Chapel, the only issue with this magnificent striker will be to ensure he plays within the system, but his extraordinary and powerful David and delicate Pieta mean he will always be acknowledged as the star of the team: Ibrahimovic meets Cristiano Ronaldo, with the finishing of Henry.

The great Florentine architect and creator of the monumental Dome of Santa Maria del Fiore, Brunelleschi was also a scholar of applied mathematics and scientific perspectives.  His team will be muscular, work with an engineered precision, whilst always tending towards the majestic: Highly reminiscent of the 1994 Italy team of Baresi, Costacurta, Maldini, Zola and the Baggio’s, with a sprinkling of the fierce 70s team of Capello, Mazzola and Facchetti.  Winners.

Bellini – Goalkeeper, influential figure of the early Renaissance, now too elderly to make the first XI

Ghirlandaio – Centre back, described by Vasari (the great Renaissance pundit) as “quick, ready and facile”, reliable but lacks dynamism

Del Piombo – Midfield / fantasista, a close friend of Michelangelo, who has provided him with some memorable assists

Mantegna – Striker, precise and quick, ideal when you need a goal in the last ten minutes.  As if.

Her book, “Bobby Moore to Thierry Henry, a girl’s own story” is published this year by Troubador.