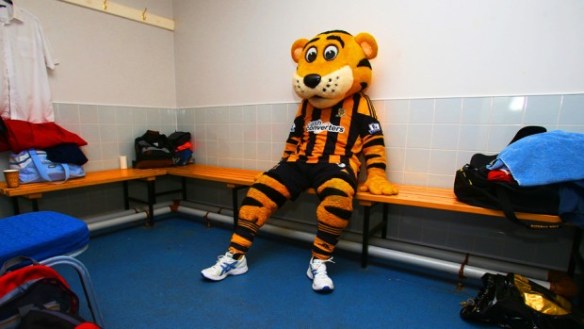 TFN Editor Greg Johnson marks his belated return to action with a plea that we focus on the real casualties of the Hull City vs. Hull Tigers debacle…

The fury over Assem Allam’s plans to repackage Hull as Tigers rather than a large City in East Yorkshire feels awfully misplaced.

Forget the fans, tradition, history or even any notions of footballing honour and ethics, such concerns only place the true victims of this sorry little tale into the shade.

No. The real consternation should be reserved for the defence of a character who has suffered slurs, misrepresentations and ill-gratitude from the arguments of both sides. What, Allam? Give over. It’s the big cats we should be all worried about, and not in a “Save The Whales” sense either.

Put it this way. Since when were Hull a ferocious pack of individually elite hunters, able to tear their prey apart at will? It’s the tiger’s honour we should be defending.

Danny Graham may be many things, but a sabre-tooth he is not.

In Italy, even the right to adorn a club’s badge with stars is a veraciously protected act that saw Juventus dump all of their twinkling ornaments from their crest after being denied the right to add a third to mark their controversial and unofficial tally of 30 titles in 2011.

With this in mind, rather than wrestling over what the rights and wrongs of turning the City of Culture 2017 into the Indian sub-continent’s top predator, we should instead look at the bigger picture.

Of course, the FA, as always, have been slow to act. Not one spokesperson has even broached the issue of an “Animal Anthropomorphism Accreditation” panel to prevent such blatant disregard for the hierarchy of the animal kingdom in the future naming of football clubs.

Forget petitioning English football’s governing body to block Hull’s name change, Greg Dyke and co. should be forming a commission to audit and ratify the use of animals in club identities. After all, no one wants animals—or their egos—to be harmed in the making of a football team, do they? Of course not.

Thankfully, many of the existing sides who borrow their monikers from the feral world have shown a touch more restraint and sense. Swansea City, a.k.a. “The Swans”? Majestic yet hardly kings of the jungle. Totally fine.

Wolverhampton Wanderers, a.k.a. “Wolves”? Again, fine. They used to roam the plains of early European football, lead by alpha male Stan Culis, but have since become domesticated into daft, loyal house dogs and are relatively extinct in the UK wilderness. It fits.

Even Cardiff City and their obsession with “Dragons” is passable. Giant, fire breathing lizards are works of fiction and therefore can be used without disrupting the natural order of things. 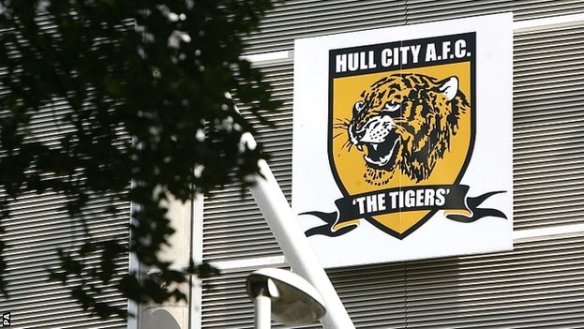 But tigers for Hull? It’s not worth thinking about, and any suitable governing body wise to such incriminating acts of taking a beast’s name in vain would testify that it’s not on. It should work on a sliding scale based on a team’s competitiveness and style.

And anyway, an association with the species that brought you such icons as Shere Khan and, er, Tigger shouldn’t have been allowed in the first place. Even being nicknamed “The Tigers” should be a right reserved for only the top teams, playing fierce attacking football with plenty of glowering menace.

Chelsea have still got that lion thing going on from their old badge for example. That’d pass.

Hull however need something that works with their current visage. Perhaps bees? Hull Bumble Bees? That works, after all Steve Bruce’s side have so far prospered through their hard-work and commitment to each other, with the team being the star rather than any individual brilliance.

If Barnet object, the Hull Ant Farm can be a trusty alternative. Either way—as a bee or an ant—Bruce gets to play the role of Queen, keeping his drone workers in harmony and focused on the task at hand from his royal hive in the technical area dugout. Hull wouldn’t even need a new mascot, just give the manager a massive egg and jelly spewing abdomen.

That’s not to say a team of surprise mid-table heroes achieving feats of quiet glory well above their weight class should be put down, but they’re not tigers, not by any stretch.

4 thoughts on “The Hull City Tigers Row: A Different Kind Of Animal”