However, this has not prevented the mass migration of many talented players (Patrick Aubameyang, Eden Hazard, Loic Remy, Mathieu Debuchy and Lisandro Lopez to name a few).  As a result, the divide between the “Big 2” and the rest is evident, and with Monaco only just promoted this season, this process is unlikely to reverse in the near future.

Let us imagine a different, less ‘La Liga-like’ league.  Let us imagine a league where under the tremendous pressure of chairmen, managers and fans, fed up of powerlessly getting thrashed on a periodical basis, the French federation takes the immediate, radical step to break away from the Big 2.

The question is: what would a Ligue 1 XI look like then? Let’s give it a try..

Whilst Ajaccio’s fanciful Guillermo Ochoa could claim the top spot based on current form, Mandanda remains the strongest choice because of his consistency. At Marseille since 2005, he has captained the club for the past 3 years.

Mandanda spent many years competing against Spurs’ Hugo Lloris for the number one spot at international level, as well as the somewhat unofficial title of best French keeper. Although he has now clearly lost this battle, he is undoubtedly one of the best in France, and regularly displays great performances despite being regularly let down by a naive, unstable defensive base (to put it kindly).

And despite his huge experience, he is only 28 which means he probably still has another decade left at top level.

At just 20 years of age, Aurier has already established himself as one of the best right backs in the league. Although a first team choice at Toulouse, he admittedly owes his place in this side to the recent departures of more established players (Debuchy, Anthony Reveillere).

Often linked with Arsenal as a potential replacement for Bacary Sagna and named in various young player-related XIs and lists, Aurier is a promising attacking full back, who regularly provides assists from quality crosses.

With Mandanda, he is the other outstanding player in the Marseille defence. Strong, composed and technically excellent, N’Koulou has become essential to his team, and is generally regarded as the best defender in the league after Thiago Silva.

N’Koulou has 42 caps for Cameroon and captains his country since the international retirement of Samuel Eto’o, in 2012. Will definitely be a regular in a top European club within the next 2 years. Perhaps the easiest pick of the lot. 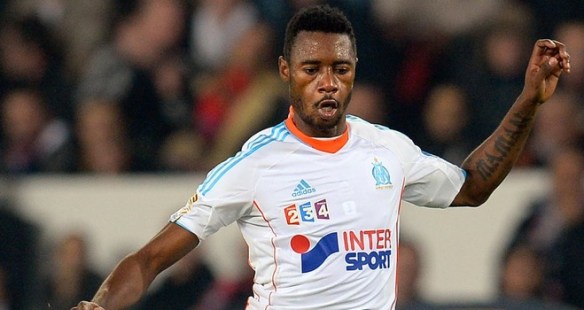 For most of his career, Loic Perrin has played as a central midfielder. However, his recurrent struggle with injuries has encouraged his manager Christophe Galtier to push him back into a central defensive position deemed less physically challenging.

In his new role, Perrin has regularly displayed great positioning skills, whilst using the vision and passing qualities he acquired as a midfielder with great success!

On top of that, he has displayed great consistency, starting and captaining 34 league games last season. Perrin was a key player in Saint-Etienne’s successful campaign, which saw them finish 5th in the league (their best finish since the early ‘80s) and win the French League Cup (their first title since…a while).

Henri Bedimo made a name for himself during the 2011-2012 season, when Montpellier beat PSG to the league title. Though Montpellier have since declined to a mid-table position more reflective of their small budget, Bedimo has remained a consistent player.

Now playing for a struggling Olympique Lyonnais side, the Cameroon international (24 caps) will hope to help Lyon, a once solid European side, return to the top. In all honesty, wins his place in this side by default.

Having played 70 league games across the past 2 years, he also stands out as one of few reliable elements, in a team forced to sell its priciest players season after season.

Although he has been on and off captain following Lisandro Lopez’s regular “mood changes”, he is now the definite first choice following the Argentine’s departure. At last. 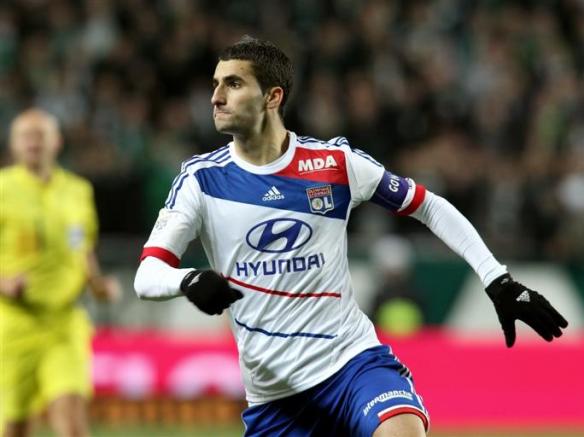 Yet another captain in this side. At Lille since 2008 after a long forgotten spell at Villarreal, Mavuba is one of Ligue 1’s most experienced players. Though often injured last season, he has contributed greatly to Lille’s good start this year.

Mavuba has played over 220 league games for the Northern side, and was a key player in Lille’s League-Cup double in 2011. Despite his achievements at national level, Mavuba remains relatively unknown internationally, partly due to his mediocre international record (only 9 caps at senior level).

Often praised by experts and first called up in 2004, he has been in the wrong place at the wrong time, often being overlooked in favour of the likes of Vieira, Makelele as well as Matuidi and Pogba more recently. A good player nonetheless.

Like Bedimo, Remy Cabella was an essential player in Montpellier’s successful 2012 league campaign, alongside attacking partners Younes Belhanda and Arsenal’s Olivier Giroud. Following the departure of both players, Cabella has stepped up his game, netting 7 goals and assisting 6 last season, whilst remaining Montpellier’s number one attacking asset this campaign.

Known (and sometimes teased) for his notorious admiration of Cristiano Ronaldo, Montpellier’s number 10 will probably soon depart for a bigger team. At 23, he still has time to make a name for himself. Though we may already assume he won’t better his idol.

A close shot with ex-Chelsea reject Salamon Kalou. However, the Ivory Coast attacker took half of last season to adapt to French football and only performed after January. On top of that, since Kalou finally found top form once re-positioned as a striker, it makes sense to grant Payet the spot.

Often described as skilful but inconsistent (a sort of poor man’s Nani), Payet found stability with Lille last season, scoring 12 goals and delivering 10 assists, which earned him a big money move to Marseille. Though he has yet to show his brilliance there, he has already scored 3 goals this season and hopes to secure a spot in France’s World Cup squad. 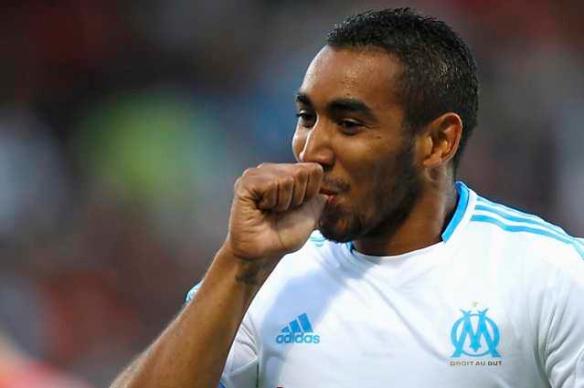 After finishing second best league passer behind wonderkid Eden Hazard, Matthieu Valbuena finally topped the table last season. In a Marseille team often criticised for its lack of ideas, and whose second place finish behind PSG last year left all experts speechless, Valbuena stands out as the only spark of attacking creativity.

Often mocked for his short stature (he was controversially recently nicknamed “Tintin” by a famous French journalist, leading to a rather entertaining Twitter row), Valbuena is one of the best players in Ligue 1, and a regular starter for France.

In July 2012, Nice announced the signing of Argentine forward Dario Cvitanich for 400,000 euros, roughly £300K. Or to put it differently, one hundred-and-sixty sixth of Fernando Torres.

For his first season in France, Cvitanich found the net 19 times, finishing second best scorer behind PSG’s untouchable Ibrahimovic. Interestingly, he was also the second best scoring Argentine across the top 5 European leagues, ahead of the likes of Aguero, Tevez and Higuain (we’ll let you guess who came first). This campaign, Cvitanich has already scored 7. A truly remarkable piece of business.