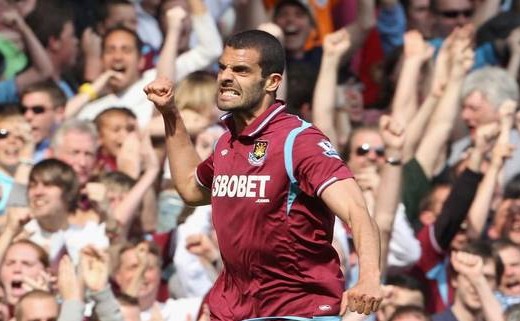 While reflecting on one of many blows to Arsenal’s title challenge that year, the TV in the background brought news of West Ham signing an unknown Brazilian called Ilan, deemed surplus to requirements at Saint-Étienne. Compared to Arsenal’s, ahem, arsenal up front – van Persie, Eduardo, a still-competent Andrey Arshavin – West Ham’s January transfer window business was an example of throwing a load of shit at a wall and hoping some of it stuck.

Gianfranco Zola’s team had been struggling for goals that season, thanks largely to making the foolish assumption that Carlton Cole’s renaissance the previous season was anything but a one-off. David di Michele and Diego Tristán had moved on and their replacements had not bridged the goalscoring gap. Alessandro Diamanti impressed with his performances from deep but was never an out-and-out striker, Guille Franco was able but his fitness was lacking, and Savio. Well let’s just ignore that one for now.

So in January, with relegation a real possibility and David Gold and David Sullivan assuming ownership of the club, strikers were the priority. Benni McCarthy arrived for £2m – about three years too late as it turned out – Mido joined on a £1,000 per week contract which would prove extortionate, and Ilan, well he was just the other one who no one expected much from. 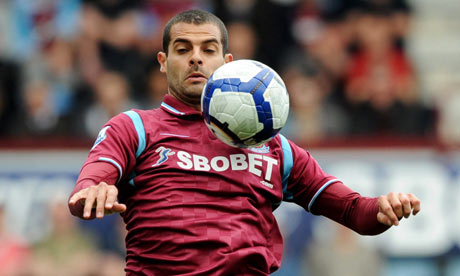 Remarkably, the 29-year-old was the club’s first ever Brazilian, though two high-profile Argentines had arrived from the Campeonato Brasiliero in 2006. A debut goal against Burnley proved something of a Kepa Blanco-style false dawn, but the frontman would ultimately prove crucial to the club’s survival.

The key game for Ilan came against Everton on in April After a convincing 3-0 win over Hull, featuring the pass of the season from Julien Faubert for Cole to score the second, the Irons had been sucked back into the relegation mix with six straight defeats. It looked like their luck had changed when – with the score at 1-0 they were awarded a penalty, however Mido’s weak effort was easily saved by Tim Howard. Manuel da Costa restored parity but Yakubu made it 2-1 late on and it looked like that was that, however the Brazilian was introduced from the bench – more in hope than expectation I’m sure – and his flying header from Faubert’s cross (for all his faults the Frenchman was enjoying his best run of form in claret and blue) levelled the scores five minutes from time.

The single point made only moderate difference on its own, but the psychology of the goal was vital in removing the self-fulfilling misery which comes when you think everything is going against you (see West Ham’s 3-2 defeat to Wigan about a year later). The next week Ilan struck again, this time hitting the winner in a 1-0 victory over Sunderland – one of those home games against a mid-table side from the North-East which struggling London clubs pray for around April.

That Ilan hasn’t really enjoyed cult hero status in East London is probably down to a number of factors. First and foremost is the 25-yard winner scored by Scott ‘actually not the captain but we don’t like to talk about Matt Upson’ Parker against Wigan, which confirmed the club’s survival. Second is the fact that West Ham stayed up with 35 points, which is quite frankly awful, and almost certainly wouldn’t have been enough had Burnley replaced Owen Coyle with a local child rather than Brian Laws.

The final reason is that Ilan was showed little gratitude and released come the summer. It’s frankly unlikely that he would have been able to do anything to postpone West Ham’s inevitable relegation the following season – after all, this was a team whose top scorer, Demba Ba, achieved the dubious honour in just 12 games. However fans ought to at least be grateful that he did more than Mido and McCarthy in his short spell.

West Ham also had Wellington Paulista, who Wikipedia tells me (a) is another Brazilian and (b) definitely exists.