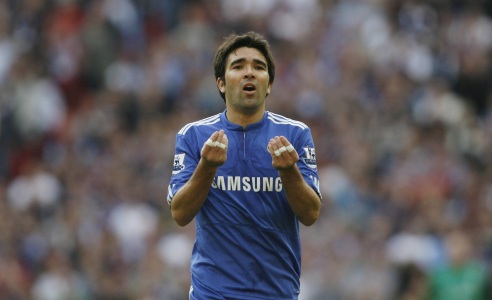 Deco is without question the one player who Chelsea signed too late in his career. The Brazilian-born Portuguese international had a choice between Chelsea and Barcelona after his exploits with Porto. Favouring the Catalan side, Chelsea missed out on the talents of someone who would go on to become one of Europe’s finest attacking midfielders.

Deco possessed one of the greatest first touches I have ever witnessed as a Chelsea fan. He had this ability to instantly control the ball with his studs and roll it perfectly where he wanted it to go. The move was simple, so fluid and so subtle that it barely would register as a piece of skill in the modern game. Nevertheless, it was a signature move that oozed class and hinted at his rather special talent.

In life things always come down to timing. Sadly, Chelsea never got to see him at his absolute best, but his time at Stamford Bridge has often been painted as a blanket failure. This was definitely not the case and he played a significant role in Chelsea’s double winning season under Ancelotti.

His performance at Old Trafford to essentially seal the league was one that still sticks out as one of the finest outings by a Chelsea player. A game more known for Didier Drogba being offside (and strangely no one mentioning Macheda’s blatant double handball goal) should really stand out for Deco’s mastery in midfield.

The regista role is one that people seems to have increasingly come to prominence with the rise in popularity of the 4-2-3-1 formation. Deco, however, had been employed in this deep lying midfield role on occasions to great effect. His technique, vision and ability on the ball allowed him to completely dominate when he was on form.

For 80 minutes against Manchester United Deco was imperious. He controlled the tempo of the game at Old Trafford like no midfielder probably has done for Chelsea. His range of passing, vision and general use of the ball was otherworldly. Arguably Deco delivered the performance of his Chelsea career when we needed it the most. Had this been the level of performance Chelsea fans saw on a regular basis, we would have been laughing at the £8m fee.

The transition to English football was a difficult one for Deco and he was often found out of his depth when playing against physical sides. His form, particularly during away games, was something that certainly did not befit his talents. A case of too little, too late for Deco, but he left with a league title and some rather memorable moments.