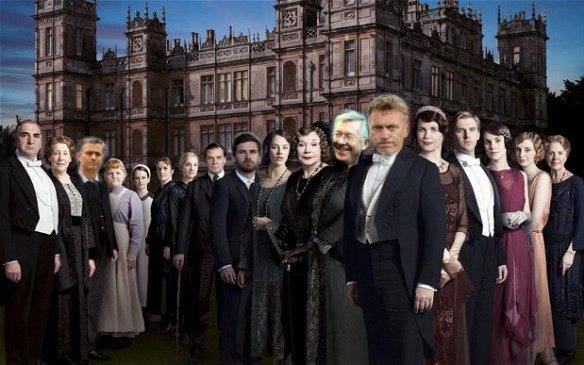 You might have a wife or mum who forces you to watch it. You might have a girlfriend who uses it as a commodity (‘We watch this together and then you can watch Match of the Day 2 while I brush my teeth’). You might simply have a sensitive heart that finds solace in idyllic depictions of post-Edwardian Britain on rainy Sundays (I’m not talking about myself, I’m not talking about myself…).

Whatever the case, you must have heard of ITV’s hit series Downton Abbey, the Sunday night historic soap opera set in a fantasy world where class divisions might exist but—oh how heartwarming—don’t matter in the end.

You might not have realised, but there isn’t much difference between fans of Downton Abbey and the average football enthusiast. In the end, viewers of the popular costume drama and fanatic followers of the Premier League are after the same things: stories about love, life, fear and death. Not convinced? Then let the following list of examples serve as a case in point. 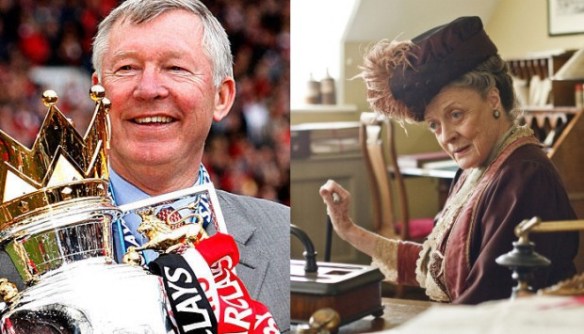 As the grand old lady of the Grantham family, the dowager countess watches over the trials and tribulations that take place in and around Downton with the eyes of a hawk. And whether it’s one of Lady Mary’s new suitors arriving on the scene or Mrs. Patmore’s sudden need for an eye operation, it’s her judgment that’s ultimate. With her snide remarks and haughty sense of superiority, she’s basically God.

This reminds us, of course, of Sir Alex Ferguson. During his reign at Manchester United, Ferguson ruled with an iron fist, much like the Dowager Countess. Whether aiming his wrath at overtly flash right wingers or Irish midfield hard men, Fergie had the ability to demote his subjects to the sidelines with a single utterance. Even now, from beyond the grave, Ferguson is letting us know that he knows best. In this regard, Downton’s writers can—literally—take a page from Fergie’s book. If the character of the Dowager Countess is to ever pass away, they should bring her back as a haunting ghost, continuously watching over every step the Lords and Ladies take. 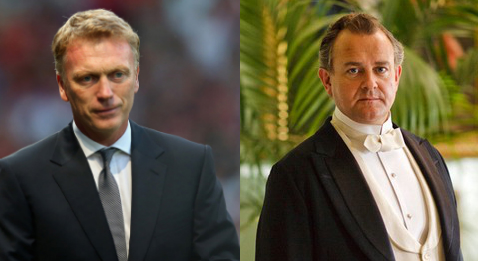 Meanwhile, his daughter Mary, his wife Cora and his son-in-law Matthew (you, me and everyone else) keep hitting him over the head with detailed explanations on what to do (‘Play Kagawa as an advanced playmaker; drop Rooney!’).

Thankfully, Lord Grantham usually puts his pride aside, following through on the advice his inferiors bombard him with. Will David Moyes do the same? 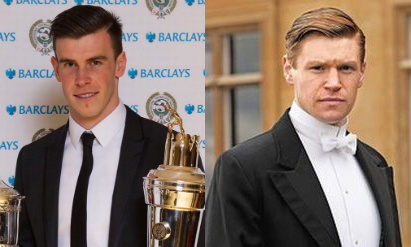 Daisy loves Alfred, but Alfred loves Ivy, while Ivy loves Jimmy, who in turns loves no one but the concept of monetary value (we hear you, Daniel Levy). Confused by this complicated web of emotions and trying to get away from it all, Alfred decides to apply for a job in a posh hotel restaurant in frightening London.

After long and protracted negotiations, his exotic new French employer grants him the contract he desired, and away he goes, off to the big city to start over. It’s not easy for Alfred. For a Yorkshireman like him, London is strange, crowded and nerve wrecking. Will young Gareth—I mean Alfred—be alright in the strange land of Madrid—I mean London? 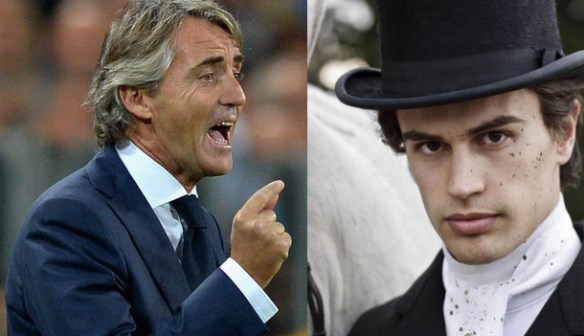 Before dashing Turkish diplomat Mr. Pamuk arrived on the scene, Mary Crawley was young and innocent. But after a bit of sweet talk, some stoking of the Eastern fires of passions and an amorous nightly encounter, her innocence disappeared forever. Mr. Pamuk had wooed Mary, swept her away, only to die in her arms shortly after the act of ultimate intimacy.

There was a time, of course, when Manchester City was sweet and innocent. Now, those days are long gone, all thanks to a certain dashing Italian diplomat, who wooed City, showed her what ultimate pleasure feels like (winning the league) before dying symbolically and disappearing forever—well, to Galatasaray after a few months in managerial purgatory. Will Mary’s new suitor (Pellegrini) bring back the passion, or will Mr. Pamuk forever be her one and only? 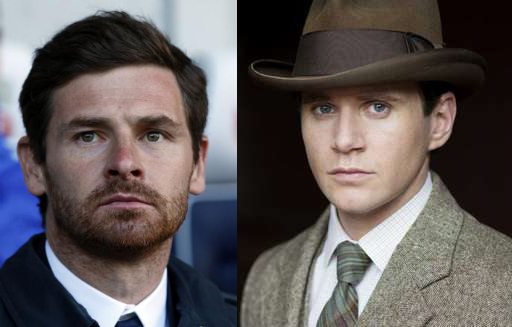 It must be quite wonderful on one hand, but on the other quite stressful and strange. I mean, will the privileged aristocracy—like Lord Roman Abramovich—ever truly accept you for who you are? Will you stay true to yourself and your ideas or will you sell out and become exactly what John Terry wanted you to be? 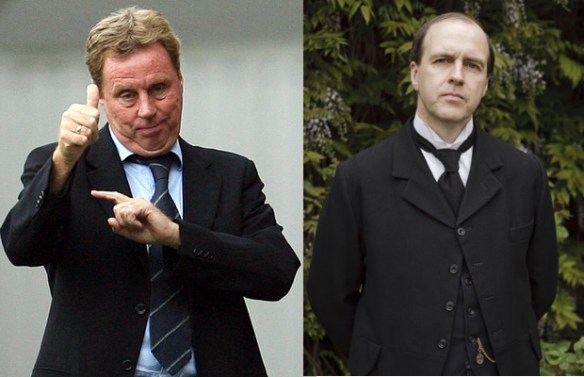 In Mr. Molesley, Matthew Crawley always had a faithful and trustworthy valet. But when Matthew died unexpectedly in a car crash in the third series’ Christmas special (an event similar to the sacking of Fabio Capello and subsequent hiring of Roy Hodgson), Molesley was out of a job. What was the poor chap to do?

Well, he did whatever he had to. He degraded himself by managing Queens Park Rangers—football’s equivalent of a labourer mending roads or a lowly deliverer of groceries. Day in, day out, he begged Mr. Carson for a job: first footman, second footman, Mr. Redknapp—I mean Mr. Molesley—will do whatever, as long as there’s some sort of salary involved.

Sadly, it’s unlikely Molesley will ever be of the standing to own a motor vehicle from which he can learn out of the window from to dispatch sound bites about the, ‘triffik drainage in the lower fields’, but one can dream.

Enter Thomas, who almost got Mr. Bates fired by accusing him of theft, ducked out of military service during WW1 by getting himself injured on purpose, and even kidnapped Lord Grantham’s beloved dog Isis. Really, no scheme is too absurd for Thomas. He’ll do whatever it takes to get what he wants, not unlike a certain Portuguese football manager who likes to think of himself as ‘the chosen one’.

All the plotting and scheming saw Thomas rise up to the rank of underbutler, but thanks to all the enemies he made throughout the series, one thing remains clear: Thomas will never, ever be able to fulfil his great ambition in life: to become main butler (the new Manchester United manager).

Don’t be surprised if the season finale features the unscrupulous conspirator jabbing a rival in the eyes or hiding in a laundry basket in order to get closer to the source of any gossip.

So there we are.

Next time your significant other forces you to watch Downton Abbey—or when your friends next try to interrogate you on why you enjoy that stupid, sentimental crap—tell them this: Downton’s characters and the personalities that inhabit the world of Premier League football aren’t too dissimilar. Both worlds have their own narratives, dramas and sub-plots firing off in all directions, offering intrigue and interest far beyond the basic theatrical confines of the pitch or the script.

What both Downton and football shows us is what life is truly about: ambition, love, hate and camaraderie.

2 thoughts on “Why football fans should all watch Downton Abbey”