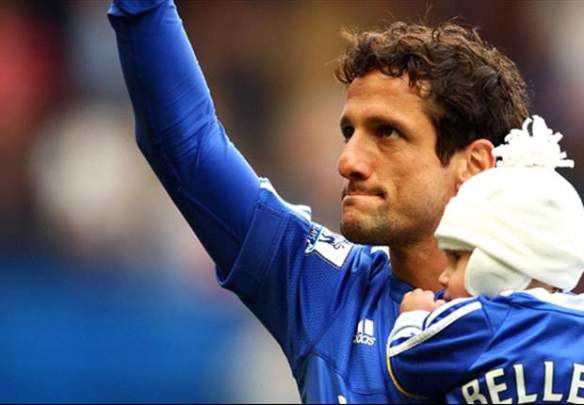 Juliano Belletti’s time at Chelsea was something special, and so it felt only right to offer the player a fittingly robust profile of his life and times in England at the Bridge by Joe Tweeds of Plains of Almeria and Sam Johnston of FourThreeThree.

First, Joe Tweeds details how the hard-working full-back rose to become an idol of the Shed End…

Juliano Belletti is the absolute definition of a cult hero. He came to Chelsea having scored the goal that stopped Arsenal winning the European Cup; then went on to make a name for himself by scoring an absolute scorcher against Spurs. He instantly adapted to the club and its fans, so much so that he can be seen to frequently comment on the matters of the club on Twitter.

He was the modern day utility player and someone who Chelsea fans grew to love for his committed displays regardless of where he was deployed. Operating at either full-back spot, as a holding midfielder, central midfielder or anywhere on the flank his dedication to the cause is something that saw his name chanted regularly every week. Not a lot of foreign players really get English football. Many come and brighten up the league with their exceptional talent, however there are a rare breed who just get the culture.

For what he lacked in typical Brazilian flair he made up for in sheer determination and work ethic. His long distance shooting was always on show and his strike against Tottenham earned him Chelsea Goal of the Season honours in 2007-08. Picking the ball up just inside the Tottenham half he strolled forwards towards the Tottenham area. From around thirty-yards out he shaped to shoot and unleashed an unstoppable drive that swirled into the nearside top corner.

Stamford Bridge erupted, the reaction of his teammates was priceless and Belletti just sauntered off celebrating far more coolly than the goal merited. He played the game in the right way without ego and his selflessness was something every Chelsea supporter will remember fondly.

This strike was somehow bettered against Middlesbrough. Belletti collected the ball in midfield before taking one touch to set the ball outside his body before sending a howitzer of a shot screaming into the top right hand corner. Again, his casual celebration somehow belied the fact that the goal was utterly unbelievable.

There was something about Belletti’s time at Chelsea that in a weird way was utterly perfect. He was unquestionably a top professional and the ultimate squad player.

“England is the best of all worlds, where technique, tactics, atmosphere, infrastructure, and management combine. It’s like the highest possible level of professional football. I thank the heavens every day for letting me taste this amazing life at Chelsea.” Juliano Belletti.

Little wonder why he is held in such high esteem by the fans and his teammates. 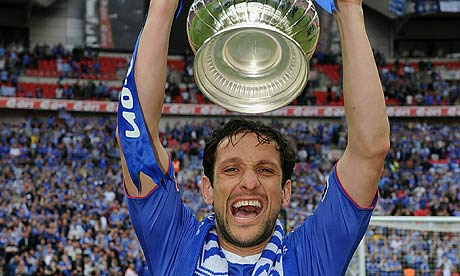 Sam Johnston on Belletti: the Brazilian who owed much to Europe…

Having scored the winning goal for Barcelona against Arsenal in the 2006 Champions League final, Belletti kept alive the possibility that Chelsea could become the first London club to win Europe’s premier trophy. It is for this goal that Belletti will be most remembered for by many, even beyond Stamford Bridge.

After all, with his international career limited due to the brilliance of Cafu and the emergence of Dani Alves, the usual route to Brazilian footballing immortality wasn’t open to Belletti. He was however part of the victorious Brazilian 2002 World Cup squad, and did feature off the bench in the semi-final against Turkey.

Had Belletti arrived at Chelsea today amongst the likes of David Luiz, Oscar, and Ramires, one wonders if he would have made quite the impact he did in 2007. With Alex the only other Brazilian international present at the club, Belletti’s flair was somewhat of a novelty to Chelsea fans at the time. Like Alex, his possession of a wondrous strike quickly endeared him to the Chelsea faithful, but it was in fact his un-brazilian qualities which gained him cult status at Stamford Bridge.

English fans were not accustomed to seeing the sort of work-rate delivered by Belletti from South American exports, which was likely what would have attracted Jose Mourinho to signing him.

Although Mourinho’s departure was to come sooner than expected, Belletti played an important role in a season which could have been Chelsea’s greatest, the title surrendered only on the final day of the season to Manchester United, the League Cup final lost in extra time to Tottenham, and most memorably the Champions League final lost to Manchester United in Moscow.

Amid the hysteria of John Terry’s penalty miss many will have forgotten that Belletti, a 120th minute substitute brought on for the sole purpose of taking a penalty, coolly obliged, displaying both his brazilian technique and mental fortitude. While never quite nailing down the right-back spot as his own, Belletti was seen as a capable stand-in by Mourinho, Grant, Hiddink, Scolari, and Ancelotti. He left Chelsea with two FA cup and one Premier League winners medals. But perhaps more significant to his legend at Chelsea, was the 2007-08 goal of the season, at home to the Chelsea faithful’s most fierce rivals, Tottenham Hotspur.

Barcelona 2 VS 1 Arsenal Belletti 720pHD from BarcelonaHD on Vimeo.

Stopping Arsenal from winning the Champions League, scoring a few screamers (against Tottenham), and having a Brazilian name that fits to the tune of the White Stripes ‘Seven Nation Army’, Belletti was only ever going to leave Chelsea an unlikely legend.