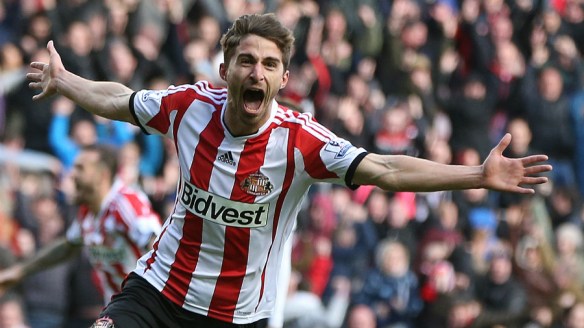 But this one result against an alarmingly average Newcastle side doesn’t show that they have the necessary tools to avoid relegation. It doesn’t change the fact that Sunderland have, Crystal Palace aside, the weakest squad in the league.

The result, and the nature of it, will resonate more in the career of Fabio Borini; it could be a watershed moment in the career of a talented young footballer who has played for five clubs in five seasons.

The Italian international, still only 22, has been harshly treated in many quarters for a lacklustre debut season in the Premier League last season. A combination of an under-resourced Liverpool for half of the 2012-13 season as well as a series of unfortunate injuries cut away his potential impact.

He is a classical 1990s Italian forward, almost in the Pippo Inzaghi mould, using his frenetic movement to create angles and free others around him. His ability on the ball has been, perhaps justifiably, questioned, but his emphatic winner yesterday was certainly his best moment in English football yet.

Gus Poyet’s jubilation at ending Sunderland’s winless start to the season was obvious, though you can’t help but feel that Brendan Rodgers will be similarly thrilled with Borini’s impact. Having played in just three league games prior to Sunday’s Tyne-Wear derby, the Liverpool manager’s reasoning for loaning him out to the North East looked evermore ill-judged:

“It’s just to get games. He had a stop start season last year with his injuries and I just felt this year he needed to go and play football. We had a host of clubs wanting to take him, but with Sunderland having the Italian connection there and being a big club where he can go and play, I’m sure he’ll get the chance to shine and we’ll look closely at his development this year.”

Prior to his intervention on Sunday there wasn’t much development going on for Borini; failing to play for a team rooted at the bottom of the table is a damning indictment for an on-loan forward, nevermind one who commanded a £10m fee just a year ago and is still in the throes of development.

Brendan Rodgers will be wishing for a Sunderland rescue act almost as much as Gus Poyet. If Borini continues to play football like he did on Sunday, he’ll be doubly happy. 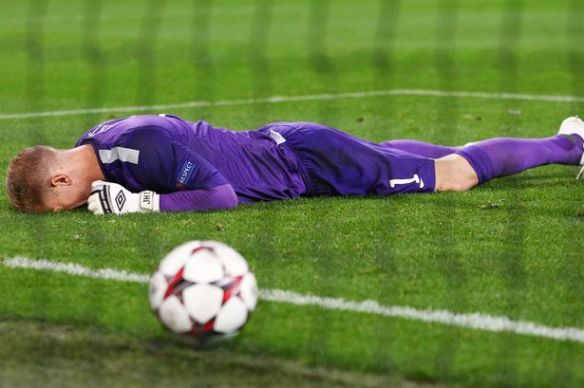 When a goalkeeper keeps repeating the same mistakes, it suggests not just a technical fault but a mental block too. Joe Hart has become complacent, and prone to making rash rush-of-blood-to-the-head decisions in the heat of the moment, often at decisive ventures in a game; City have already lost two away games this season because of the England goalkeeper’s haphazard decision-making.

David de Gea was widely castigated for some glaring errors in his debut season at Old Trafford two years ago. The criticism neatly sidestepped Alex Ferguson’s baffling over-rotation of centre-backs in 2011-12, when two of Nemanja Vidic, Rio Ferdinand, Chris Smalling, Jonny Evans, Phil Jones and even Michael Carrick pitched up in the heart of defence almost every week.

What hope does a 20-year old ‘keeper have of bedding into a foreign club when the players in the two most important positions he must trust, resemble a rotating carousel of muddled thinking? Joe Hart is suffering a similar affliction, though his downfall is more related to his own hubris than simply being a young man in unfamiliar surroundings.

He has been England ‘number 1’ for three years now, he has won the Premier League, he has played all across Europe in the Champions League and has become well used to the routine praise of fellow English compatriots:

But he has been hindered by a succession of managerial oversights that date back to the Thaksin Sinawatra era. It is hard to believe that since the Sheikh Mansour coffers started spilling into Eastlands, neither Roberto Mancini or Manuel Pelligrini have purchased a top-quality centre-back.

Mark Hughes was responsible for bringing the bedrock of their 2011-12 title winning side to Manchester. Though Joleon Lescott came at an absurd £22m, Vincent Kompany was a snip at £6m in the final days of Sinawatra’s City.

Since 2009 City have spent in the region of £70m on Lescott, Kolo Toure, Jerome Boateng, Stefan Savic, Matija Nastasic and Martin Demichelis, whilst the £17m Javi Garcia has had to deputise on occasions.

Given the vast array of attacking talent that has graced City in this time, it’s staggering that this weak-spot has been so starkly overlooked. When rushing to criticise Joe Hart for his latest error, no matter how deserved, it is worth bearing in mind the club’s appalling dereliction of duty to the central issue which is underpinning their inconsistency and undermining their drive to regain the Premier League trophy.

With Kompany’s growing susceptibility to niggling injuries, City have been unable to let the talented and young Nastasic mature alongside a world-class player. It’s an inconsistency of selection that mirrors Hart’s own erratic tendencies, who is now reaching a stage where a blip in form is becoming a chronic flaw in technique, temperament and ability.

This is not to absolve Hart, but to apply some context to his erratic decision-making; if he were to have a consistent and competent centre-back pairing in front of him would he be guilty of making such obvious errors of judgement? 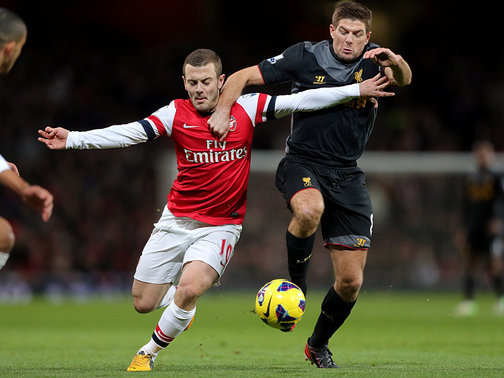 The Reds travel down on the back of their first proper 90-minute performance of the season, with the wind blowing through their sails and the league’s premier strike pairing of Luis Suarez and Daniel Sturridge in inspired form.

Liverpool’s 2013 turnaround has been remarkable when compared to 2012. They have picked up 1.96 points (53) per game this calendar year, compared to a meagre 1.18 (46) last year; seven extra points in 12 fewer games. Transforming 17 defeats into just four is no mean feat, and Brendan Rodgers deserves credit for the way he has set Liverpool out since the turn of the year.

(It’s nice to read about how Jordan Henderson is imposing himself on the high-flying Liverpool side of 2013-4. It’s a shame though that the fellas at Bleacher Report took a good seven weeks longer than we did to realize this.)

The period from now until the New Year will test the mettle of Rodgers and this vibrant Liverpool side, with trips to the Emirates and Goodison Park either side of the visit of Fulham.

Arsenal, too, so impressive thus far but, admittedly, in very winnable situations, face a semi-defining month but with twice as many fixtures as their Merseyside counterparts. A 12-day sequence of clashes with Chelsea, Liverpool, Borussia Dortmund and Manchester United will leave us with more of an impression as to where this Arsene Wenger side is heading, than the beatings they have handed out to Norwich and Crystal Palace in recent weeks.