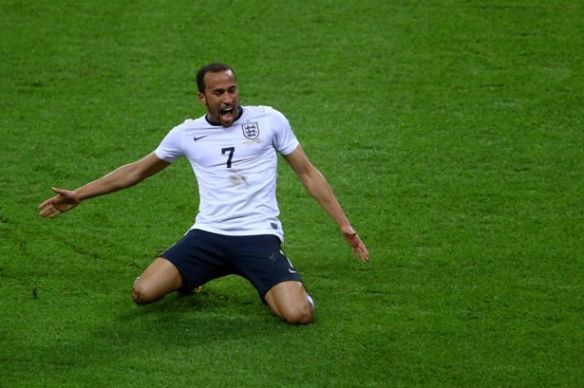 In light of England’s qualification for the World Cup, Josh Jalal surmises some of the structural problems still inhibiting the national setup…

England’s victory over Poland has rebuked all previous claims about the future of English football. It seems, as you would expect, the future of the English game is only questioned after a defeat or a miserable performance. It is in victory however, particularly those against Poland and Montenegro, along side other events and circumstance, that the state of English football has come to my attention and the overbearing thought as an avid supporter of the English national side that I still consider English football is in disarray. I am not questioning the speculative issue of where the next ‘golden generation’ is coming from neither am I discerning the efforts of Greg Dyke and the FA with their ominous grass roots activities. I am instead questioning why young English footballers are restrained and condemned within the institutions that are funded in attempt to harness their talent?

At 22 years of age Andros Townsend has endured 9 loan moves and experienced a relegation battle. It was after the long and tedious transfer debacle of Gareth Bale, an injury to club captain Aaron Lennon, a tediously slow transfer dealing of Erik Lamela and a strenuous fixture list that Townsend received his first opportunity in a Spurs shirt. No one could have predicted these series of events and yet without them Townsend would be amidst hundreds of football players struggling to cement himself in the one industry he knows. He would not have played in the Premier League, he would not have had an opportunity, with the exception of a handful of minutes in the Europa League, to showcase his talents against the likes of Ashley Cole and Kieren Gibbs and he certainly would have never had the opportunity to aid England’s pursuit of a World Cup berth in Brazil.

In contrast a young man, somewhere in Carrington in Manchester, is experiencing a harrowing and defalcating situation after being force fed an opportunity that has perhaps come too early for him to appreciate. Wilfried Zaha is earning significantly more than the national average of £26,500 and cost a staggering £12 million after a ‘break through’ season in the Championship with Crystal Palace. He is however yet to start a Premier League game since his move from Crystal Palace.

Unlike Townsend however, who was pushed to the fringes of the Spurs set up, forgotten and left to dither in the football pyramid, Zaha was thrust into the limelight as the next gem in English football. Unlike Townsend who has seized his opportunity at both international and club level Zaha is struggling to break through at Man United and take advantage of the opportunity that has bequeathed him. He is instead struggling to compete for a starting berth behind Nani, Antonio Valencia and young Belgian/Albanian/Serbian phenomenon Adnan Januzaj.

It is the presence of the last individual, Januzaj that raises the most concern. Zaha and Januzaj should be relatively equal in footballing talent yet it is the £12 million English signing that is wasting opportunities to play first time football. Wasting valuable years of his development by playing reserve team football whilst a future competitor is being able to test himself against the worlds best.

The ardous situation of Januzaj and Zaha questions United’s thought process. If United believed in Januzaj why did they sign Zaha? In a perfect world where corporate capitalist football motives are controlled by Atlee-esque socialist policies, United should not have signed Zaha. Instead the FA should be prepared to protect a promising talent from being eaten alive by the corporate capitalism and free market competition. As a result Zaha’s talent is no longer being nurtured with the attention that was offered at Crystal Palace but instead fuelled by a passive-aggressive Carrington regime waiting for Zaha to repay the £12 million as soon as possible.

The curious case of Wilfried Zaha also questions the morals of the English game where money, celebrity status and material goods blind individuals from their potential: Why should an individual with promising, not yet disclosed world class talent, be manipulated by money and material goods and driven away from regular first team football? Why has the FA not provided the support network or instruments for clubs and young individuals to make a balanced decision that protects their potential, where playing regular first team football is imperative to his development? Why is it fair that English football allows clubs to persuade young individuals with vast amounts of money and yet expect the individual to become a national footballing superstar? I accept Zaha is benefitting from better facilities and perhaps coaching but the ethics behind the move remain questionable.

Saido Berahino for instance, the young West Brom hotshot, is being assimilated by the speculative nature of British media. His wages were leaked (£850 a week) and were condemned by media outlets who were astounded by the fact a Premier League footballer, despite turning 20 some months ago, was earning a paltry £44,200 a year. He is already being linked with Chelsea and Arsenal, but unlike Zaha, who was somewhat capitulated by the sudden national interest and related financial benefits, Berahino, appears to be grateful and more importantly appreciative of his current opportunity to play first team football even if it is at £850 per week. His perseverance and commitment has enabled him to showcase his talent and even displace established West Brom players Graham Dorrans and Chris Brunt. His performances, particularly those against Manchester United and Arsenal, have rewarded him with national recognition and honours at the U21 level. He is showing what football is about; hard work, patience and perseverance.

The issue therefore is why English football has allowed the situation to escalate into the complex mire darkness that it is in? How many Andros Townsend’s should we sacrifice for the foreign imports or glorified ‘gems of English football’? How far does a kid have to go to prove he is worth an opportunity? If England are really going to win a World Cup serious reconsideration, on and off the pitch, are required.